Russia’s President Vladimir Putin during a video conference meeting on the COVID-19 coronavirus situation in Russia, at Novo-Ogaryovo residence.

Russia and its leader President Vladimir Putin are facing an unprecedented challenge as the coronavirus outbreak accelerates in the country, the Kremlin’s spokesman told CNBC.

“It’s a huge challenge and a huge danger for every nation in the world. It’s not only about Putin or about Russia, every country is facing this challenge and it’s quite unprecedented, we have never faced it before,” Dmitry Peskov, Putin’s spokesman, told CNBC Tuesday.

He noted that it was the first major international pandemic situation that anyone — including Putin — had faced.

“For him it’s a challenge because we know that besides the danger for human life and health, this pandemic crisis will open the gates for a huge economic crisis in the world and this will be another challenge,” Peskov added.

The coronavirus spread from China to Europe in early 2020, but appears to have taken longer to take hold in reach Russia. Putin addressed the Russian people on March 25, telling them that the country could no longer “insulate itself” from the threat of the coronavirus, nor stop it from “spilling over” into the country from its neighbors.

He also canceled a referendum on constitutional changes that could allow him to serve further terms in office, and declared a “non-working week,” which has since been extended to the end of April, to try to delay the spread of the virus. The Russian capital Moscow and major city St Petersburg went into lockdown, as did other parts of the country.

But the number of new confirmed cases of the virus is accelerating rapidly in Russia. On Sunday, the country of around 146 million people saw its largest daily rise in new confirmed cases, with over 6,060. Then on Monday, it reported 4,268 cases, prompting hopes of a slowdown, before the figures surged again on Tuesday, with a rise of 5,642 cases, according to data from Russia’s crisis response center.

The total number now stands at 52,763, according to data collated by Johns Hopkins University. Nonetheless, the number of fatalities recorded by Russia remains striking low so far, at 456.

Peskov said that the situation “is really extremely serious, it’s very challenging, it’s very problematic, it causes trouble to peoples all over the world, including Russia’s.”

He added that it was important to maintain unity within the international community, and a determination to overcome the crisis, noting that “this is the only way.”

Some analysts have told CNBC that Russia was slow to respond to the crisis and that it’s uncertain how its health-care system, which one expert described as “ailing,” will manage. But Putin’s spokesman defended Russia’s approach to the outbreak, saying that it had already started to check hospital capacity and equipment after the outbreak in China at the beginning of the year.

“Now … the daily rise in figures is quite significant unfortunately, but it’s not a rise that would jeopardize the health-care system,” Peskov insisted, adding that Russia believes it will see a peak in infections in the coming months and is looking for the number of new infections to level-off in mid-May.

“Then we’ll be expecting a gradual decline in figures,” he added.

Russia has sent cargoes of medical aid and equipment to the U.S. and Italy, as those countries have struggled to cope with their coronavirus outbreaks.

The cargoes, marked with “From Russia with Love” signs, prompted some cynicism that the aid was intended as a way to persuade the U.S. and Europe to drop sanctions imposed on Russia in part for its 2014 annexation of Crimea and meddling in the 2016 U.S. election. Russia has denied it interfered in the U.S. political system and calls the sanctions “illegal.”

Peskov flatly denied that Putin was aiming for sanctions relief through that aid, saying the president had “never raised the issue of sanctions” while talking to his American counterpart.

“In fact, when Putin heard that some states in the U.S. faced a very, very tough situation with ventilators and other materials, his first decision was to send some help,” he said.

“It’s not a proper time to think of advantages or expectations after you organize this kind of help. He’s against politicizing the aid.”

Russia will have to look closer to home to mitigate the economic impact of the coronavirus, with the country’s central bank already signaling that it could cut its key interest rate to protect the economy. Nonetheless, it has predicted that the economy is likely to contract in 2020 given the dual impact of the coronavirus and the slump in oil prices, which Russia, as a major oil producer and exporter, relies on.

Asked whether the country’s approach to the coronavirus outbreak, as yet impossible to evaluate fully, could potentially damage Putin’s popularity ratings (which stood at 63% in March, according to the independent pollster the Levada Center, having fallen from the high 80s in 2015) Peskov insisted it was not at the forefront of the president’s mind.

“During his political career, Putin has never showed fear about losing his popularity … He still enjoys an overwhelming majority of support among the population but this is the last thing he thinks about,” he said.

“The first thing for him now is to fight the coronavirus and to save lives, to cure those who need treatment and then to revive the economy.” 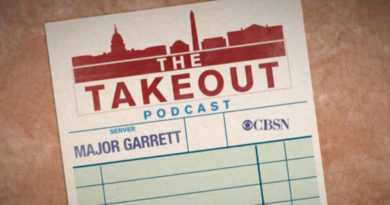 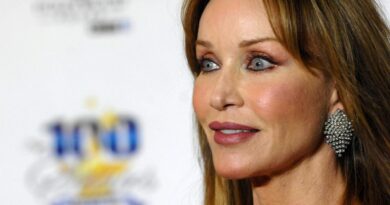 Tanya Roberts is not dead, her reps now say

Apple and Tesla earnings, vaccine news and the Fed will be focus of markets in week ahead