Two months after the presidential election, Georgia voters will decide in two runoff elections on Tuesday which party controls the Senate, determining how much President-elect Joseph R. Biden Jr. can accomplish during his first two years in the White House.

Because of a fluke of scheduling and the 2019 retirement of Senator Johnny Isakson, a Republican, both Senate seats in Georgia were on the 2020 ballot. If the Democratic candidates, Jon Ossoff, a documentary film executive, and the Rev. Raphael Warnock, a minister, win, Democrats will hold sway over the Senate by a single vote. If either of the Republican incumbents, Senators David Perdue and Kelly Loeffler, prevail, Republicans will retain their Senate majority.

Georgia law requires candidates to capture at least 50 percent of the vote to be declared a winner — a vestige of segregation-era policies designed to prevent Black candidates from sneaking through a crowded field of white opponents.

Neither of the state’s Senate races reached that threshold in November, forcing both into runoffs. Mr. Perdue is facing Mr. Ossoff in a regularly scheduled contest, and Ms. Loeffler, who was appointed to Mr. Isakson’s seat in December 2019, is vying against Mr. Warnock, who leads the historic Ebenezer Baptist Church in Atlanta, in a special election.

About three million voters have already cast their ballots in the races. Here’s what we’re watching for as more voters head to the polls on election day.

Both Jon Ossoff and David Perdue want to nationalize their contest.

Perhaps no Republican in Congress has co-opted the Trump political ethos more fully than Mr. Perdue, a former corporate executive who made millions of dollars by outsourcing American jobs overseas and has now fully adopted President Trump’s America First message.

And few Democrats are as representative of the party’s Trump-era resistance than Mr. Ossoff, a 33-year-old with a short résumé who has proved to be a strong candidate and able fund-raiser by emphasizing his commitment to a standard-issue multiracial progressive agenda.

Each man has sought to nationalize the stakes of the campaign. Mr. Ossoff has campaigned with former President Barack Obama, Mr. Biden and Vice President-elect Kamala Harris. Mr. Perdue has promised to “fight for Trump” and has called for Georgia’s Republican secretary of state, Brad Raffensperger, to resign after Mr. Biden won the state.

Both of the candidates have framed the race in terms of its national implications, with Mr. Ossoff arguing that only if Georgia elects Democratic senators can Mr. Biden enact his legislative agenda — starting with increasing stimulus checks to $2,000 from $600. Mr. Perdue has said that he and Ms. Loeffler are the last bulwarks against a liberal takeover of Washington.

In November, Mr. Perdue won about 88,000 more votes than Mr. Ossoff, out of roughly 4.95 million cast. But the general election votes don’t carry over to the runoffs, and there is some evidence in the data for the early voting period that Democratic voters turned out in stronger numbers than Republicans did.

Conservative Republicans as well as Mr. Trump had backed another candidate. As if to prove them both wrong, Ms. Loeffler has embraced a conservative platform and become one of the president’s staunchest loyalists.

During a year in office, she has not become wildly popular among Georgians. In a field of 20 candidates in the November election, she garnered only 26 percent of the vote.

She has spent much of the past eight weeks in attack mode against Mr. Warnock, claiming that he would serve as a “rubber stamp” for socialism while she stands as a bulwark upholding American democracy. But on Monday evening, she aligned herself with Mr. Trump’s push to overturn the election results, announcing that she would vote against certifying Mr. Biden’s victory in the Electoral College.

She made the announcement after the end of the early voting period — which Democrats are expected to have dominated — and on the eve of election day and a rally with Mr. Trump as she seeks to gin up Republican turnout.

Mr. Warnock has also never run for public office, but he has been politically involved as an advocate for voting rights.

A seasoned orator, Mr. Warnock’s campaign stump speech resembles a Sunday morning church service. He shies from outright attacks on his opponent, instead emphasizing his childhood in a Savannah housing project and the influence of his hard-working father.

One exception is the Warnock campaign’s advertising that focused on the swirling controversy over Ms. Loeffler’s trades last year of millions of dollars of stock in the early days of the coronavirus pandemic. The Justice Department conducted an investigation into whether Ms. Loeffler had traded on insider information gleaned during a Senate coronavirus briefing last January. Investigators notified her in May, however, that the government would not pursue charges.

These are the two most expensive Senate races ever.

The twin contests in Georgia have obliterated past spending records for Senate races, even after a year in which most of the previous marks had already been felled.

The Perdue-Ossoff race, including the spending before the runoff, is the priciest ever, with nearly $470 million in spending, according to the Center for Responsive Politics. The No. 2 slot goes to the Loeffler-Warnock contest, which has shelled out more than $362 million so far. And both totals will rise when the final spending figures are reported.

For some perspective, only one Senate race before 2020 had ever topped $200 million.

The spending has meant waves and waves of negative advertisements in recent weeks, with Republicans casting both Democrats, but especially Mr. Warnock, as “radical” and too liberal for Georgia. The Democrats have framed the incumbents as out-of-touch rich senators who have traded on their positions to increase their personal wealth while ignoring the needs of Georgians.

In the runoffs alone, nearly $500 million in advertising has been run, most of it negative, according to data from AdImpact, which tracks television and digital buys. There is so much spending that the campaigns are buying tens of millions of dollars in ads in the media markets of neighboring states that spill over into Georgia.

The Democratic candidates themselves have been outraising the Republican incumbents. Each Democrat raised more than $100 million from mid-October to mid-December. But a flood of money into conservative super PACs has meant that the Republicans are outspending the Democrats over all on the airwaves, though some of that advantage is offset by the fact that television stations can charge higher prices for ads to super PACs.

One thing is certain: This election will break turnout records.

Even before the election day polls open, these high-stakes races have drawn unprecedented interest.

Already, more than three million people have voted, both by absentee ballot and at early voting sites around the state. That breaks the record for a Georgia Senate runoff election that was set in 2008, when 2.1 million people voted.

The early turnout data suggests high participation among Black voters, who make up a large part of Georgia’s Democratic electorate — a good sign for the party. A website that tracks voting shows that 31 percent of those who have voted so far are Black.

Another positive sign for Democrats is that 100,000 absentee ballots were requested by voters who did not participate in the November election. Many of them are believed to have registered to vote recently.

But that doesn’t necessarily mean that the two Democrats will win. One fact that bodes well for Republicans is the preference among Georgia Republicans to vote on election day. Another is that Democrats traditionally haven’t done well in Georgia runoff elections, which historically appeal to voters who are older, whiter and more Republican.

How will President Trump’s core supporters respond to an election he says is illegal?

The Georgia contests come 15 days before Mr. Biden is to be sworn in, but Mr. Perdue and Ms. Loeffler have not been able to use their strongest argument — that they and a Republican Senate majority would serve as a check on the incoming Democratic president.

Mr. Trump’s repeated efforts to overturn the election results — the latest being a call on Saturday to Mr. Raffensperger, the Georgia secretary of state, urging him to “find” more than 11,000 votes — have left the incumbents pledging to fight for the president rather than legislate in a post-Trump political era.

The political far right’s refusal to acknowledge Mr. Biden’s victory has led to high-profile calls for conservatives to boycott Georgia’s runoff contests and tweets from the president that the runoff system, embedded in Georgia elections for generations, is itself illegal.

What’s not known is how many core Trump supporters will be so put off by the president’s defeat, and angered by right-wing conspiracy theories about it, that they will abstain from voting in the runoffs.

Republicans have never lost a statewide runoff election in modern Georgia, since Democratic turnout has traditionally fallen from the level of general elections. But for the first time, Democrats have a mature and robust get-out-the-vote operation, and Republicans are the ones worried about their voters’ enthusiasm.

At a rally on Monday night in Dalton, Ga., Mr. Trump again falsely claimed that he won Georgia and vowed to get involved in 2022 primary challenges to sitting Republicans who he said had not been sufficiently loyal to his efforts to overturn the result of the election. 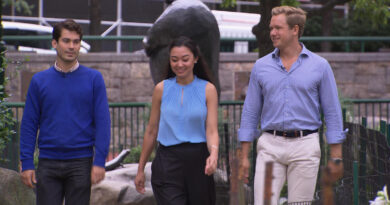 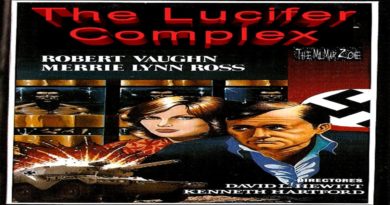