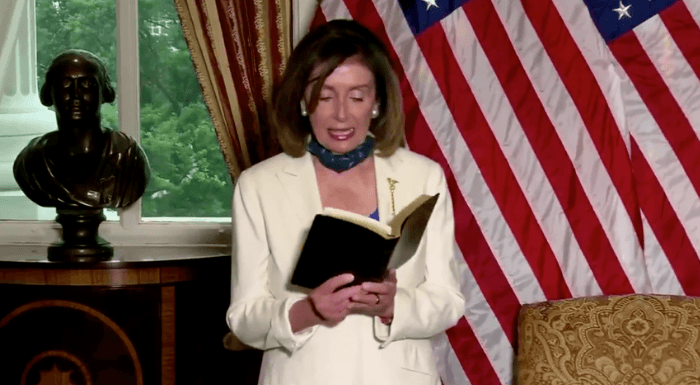 Trump walked through Lafayette Square on Monday to pay respects to the historic church that was set ablaze.

Hard to imagine any other @POTUS having the guts to walk out of the White House like this: @realDonaldTrump pic.twitter.com/R9Da6W7Hhb

The President holding up a Bible enraged many of his critics, left and right, who accused Trump of being everything from sacrilegious to a dictator.

Speaker Pelosi responded to Trump’s walk by reading a partial scripture from the Book of Ecclesiastes on Tuesday.

Pelosi said that “time” was the “most important commodity” to reporters and read from the third chapter of Ecclesiastes, in which King Solomon reflects on the topic.

“Last night when I saw the president holding up the Bible, I was thinking of so many things in the Bible that would have been appropriate in terms of the humanity of all people in our country,” Pelosi said. “The time for every event under heaven. He talks about a time to heal — talks about embrace and time to shun embracing, how about that. … A time for peace. Let’s focus on the time to heal.”

We have the greatest country in the world—and we will keep America safe. pic.twitter.com/lqHaUZ4wxW

“We have had as the role of President of the United States, role of commander of chief, a person who has a responsibility to heal,” the House Speaker continued, calling on Trump, who she has repeatedly called a racist and worse, to be a “healer in chief.”

“We would hope that the President of the United States would follow the lead of so many other presidents before has to be a healer in chief and not a fanner of the flame,” Pelosi said.

“Yesterday we saw a most unfortunate situation where before the curfew – the time of the curfew occurred – peaceful protesters in front of the White House were beaten so the president could come out and go forward,” Pelosi said. “What is that? That has no place and it’s time for us to do away with that. A time to heal.”

WATCH: President Trump walks across Lafayette Park to St. John’s Church. Holding a Bible he says, “We have a great country. That’s my thoughts.” pic.twitter.com/A3HS8hR32p

Nancy Gets Selective with Scripture

At this challenging time, our nation needs real leadership. The President’s continued fanning of the flames of discord, bigotry and violence is cowardly, weak and dangerous.

Trump Foresees Virus Death Toll as High as 100,000 in the United States 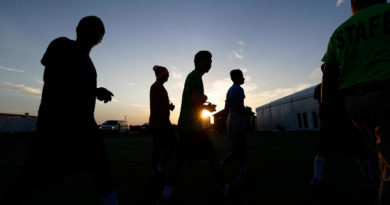