ATLANTA — The day after Georgia elected a Black descendant of sharecroppers and a young Jewish filmmaker to be U.S. senators, underscoring the rising political power of racial and religious minorities, the forces of white grievance politics struck back.

At the “People’s House” in Washington, a predominantly white mob in support of President Trump’s attempts to overturn the election overtook the Capitol building by brute force. Confederate flags flew at the seat of American democracy. A noose was found. It was as stark a contrast as any, one day that illustrated the nation’s original paradox: a commitment to democracy in a country with a legacy of racial exclusion.

The seeds that led to the insurrection were hidden in plain sight. At Mr. Trump’s rallies, where his supporters set up open-air markets of hate and conspiracy, selling Confederate flags and T-shirts that mock his opponents and the media. In conservative news outlets, where the language of revolution and civil war is commonplace. On Mr. Trump’s Twitter feed, which has amplified white supremacists, anti-Semites and anti-Muslim extremists.

On Thursday night, he took to that Twitter feed again — which had been suspended by the company after the unrest — to post a video message condemning the mob while taking no responsibility for inviting it to Washington or inspiring its actions. “You do not represent our country,” he said to the rioters, before moments later nodding to “all of our wonderful supporters.”

Whether the violent crowd represents a fringe of the American political spectrum or a growing movement increasingly opposed to democratic norms is an essential question at the end of the Trump era, when it is clear that progress to some is seen as an affront to others.

“It’s not surprising to see insurrectionists swarm the Capitol when the federal government is run by people who have made it the project of the Republican Party to dismantle the federal government,” said Representative Mondaire Jones, a newly sworn-in Democrat from New York. He added that these leaders “articulated this false narrative of a federal government that seeks to oppress the rights of the American people.”

Like other lawmakers on Thursday, Mr. Jones acknowledged that it was easier to diagnose the causes of the chaos than to craft solutions. The forces that helped Democrats send Joseph R. Biden Jr. and Kamala Harris to the White House are real. So is a widening gap between liberal and conservative movements, and the fact that as the United States has increasingly incorporated Black Americans, people of color, immigrants and Native Americans into the democratic fabric, it has come at a cost.

Mr. Biden addressed the fallout as he introduced his designees for the Justice Department on Thursday afternoon.

He framed it as a wake-up call to a country that has at times feigned ignorance of this reality: The most ardent portions of Mr. Trump’s white base are engulfed by a toxic mix of conspiracy theories and racism.

“No one can tell me that if it had been a group of Black Lives Matter protesters yesterday that they wouldn’t have been treated very differently than the mob that stormed the Capitol,” Mr. Biden said.

His administration, he promised, would meet the moment as a policy challenge. “More than anything, we need to restore the honor, the integrity and the independence of the Department of Justice in this nation,” he said.

But the mob tested more than policy or ideology. The intentions of the president’s supporters struck at an idea at the core of the American experiment — that, in time, the country’s commitment to democracy will overtake its history of intolerance.

Mr. Biden has made clear he believes that the Republican Party, from its base to its top elected officials, will break from the hard-line posture of Mr. Trump and work with Democrats and his cabinet. He has selected experienced cabinet leaders with that mission in mind, intended to restore faith in American institutions through familiar faces and ideological moderation.

In emergency remarks from Delaware on Wednesday, the day of the unrest, Mr. Biden repeated his familiar refrain: “The scenes of chaos at the Capitol do not reflect a true America, do not represent who we are.”

Some civil rights leaders said they took away the opposite message, that it was time to recognize the scope of the challenges facing the country, not dismiss them as fringe. It was a message intended for Mr. Biden, both political parties, and the most powerful corporations in the country.

Representative Maxine Waters of California, a senior member of the Congressional Black Caucus, said the images should be a jarring reminder of the country’s bloody struggle against injustice.

“That Confederate flag conjured up, for me, the many Black people who have died as a result of racism,” she said in a phone interview.

In some ways, the week brings the political era defined by Mr. Trump back to where it began. Years before he announced his presidential run at Trump Tower in New York, he led the spread of “birtherism,” a potent mix of conspiracy theory and racism that sought to delegitimize President Barack Obama.

His 2016 presidential run was full of similar misinformation and prejudice. He refused to denounce the endorsement of the Ku Klux Klan leader David Duke; insinuated that a Mexican-American judge could not fairly adjudicate; and allowed a questioner in New Hampshire to say, unchallenged, that Mr. Obama was a Muslim who was “not even an American.”

During his time in office, Mr. Trump’s supporters have taken his actions as tacit approval and begun to organize online, outside the gaze of mainstream news outlets and with the encouragement of some Republican officials.

“Death of a Nation,” a documentary made by the conservative provocateur Dinesh D’Souza, compared the Democratic Party to Nazi Germany and urged the audience to resist by all means necessary. It had a star-studded red carpet reception in Washington with appearances from Donald Trump Jr., the president’s son, and Housing Secretary Ben Carson. Republican House members held watch parties as campaign fund-raisers, as did some local Republican Party groups.

In Arizona, a battleground state where Republicans rely on turnout among white rural conservatives to overpower Democratic votes in urban centers, the state party chair, Kelli Ward, and Representative Paul Gosar have appeared at events like a “Patriotism Over Socialism” rally and a gathering called “Trumpstock,” which paired public figures associated with the president and speakers that included open white nationalists who threatened violence if Mr. Trump lost re-election. At Trumpstock, supporters of the president spoke casually and openly about violence and insisted that they were not white supremacists, despite their racist language. They were patriots.

Mr. Trump and his allies have not condemned such sentiments, but praised them. When he spoke to the marchers this week in Washington, many of whom had traveled to the capital after attending similar local events, the president framed their actions in the same apocalyptic terms used in Mr. D’Souza’s movie — the country was at a crossroads and in need of saving.

“You’ll never take back our country with weakness,” Mr. Trump said to the crowd. “You have to show strength, and you have to be strong.”

With Mr. Trump on his way out, however, the Republican Party has a choice. Its congressional ranks include some more moderate figures who have denounced the president and his message, but also firebrands who have become the favorites of the party’s base.

Senator Mitt Romney, the Republican presidential nominee in 2012 and a vocal critic of Mr. Trump, was harassed on a plane this week by people who were flying to attend Wednesday’s rally. Figures like Representative Mo Brooks of Alabama have doubled down — claiming without evidence that left-wing groups like antifa infiltrated the crowds in Washington to sow discord.

Rashad Robinson, the president of the civil rights group Color of Change, said Mr. Biden must be emboldened by the presidential results in November and, perhaps, by disgust at the events in Washington. He said the incoming Democratic administration should make racial justice a governing priority, not just an idea to pay lip service to on the trail.

“In 2020, for the first time ever, racial justice became a majoritarian issue at the polls,” Mr. Robinson said. “Now we have to do the work to make sure that what is a majority issue actually becomes a governing majority. Because that is how you make a democracy function — when the will of the people are actually delivered on.”

That admission strikes at the country’s long-held racial myths, and requires an acknowledgment that full American democracy is not centuries old and static, but fragile and relatively new.

The road to the Civil Rights Act was paved with Black death, like the killings of the 13-year-old Virgil Lamar Ware and the 14-year-old Emmett Till. And for every Raphael Warnock, who will become the first Black Georgian to serve in the Senate, there are descendants of Black sharecroppers who are still mired in poverty, stuck in the generational cycle of inequality that stretches from the political to social and economic.

Ms. Waters, the congresswoman, was a teacher in Watts, Calif., in the 1960s. She played a pivotal role in restoring order in Los Angeles after the rebellion in 1991, after city police officers beat Rodney King.

Still, she said, seeing the symbols of hate on display on Wednesday made her fear for her life. And if some are surprised that so few of the people who forced their way into the Capitol were arrested or shot, they shouldn’t be. The mob was white.

“When I looked out on that crowd, I didn’t see any Black people — all I saw was determined and angry white faces,” Ms. Waters said. “The white people of this country are going to have to take responsibility, and they’re the ones that are going to have to help change the thinking.” 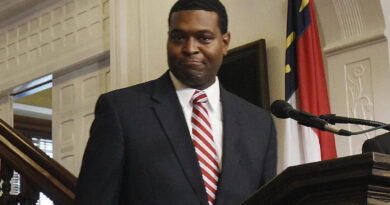 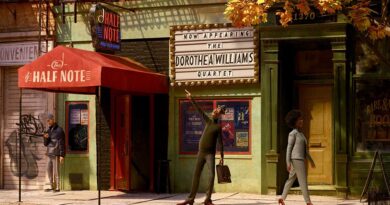 Pixar’s ‘Soul’ Gets Its Heart From Two Ex-Journo Screenwriters 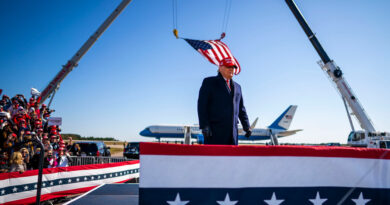 As Election Day Arrives, Trump Shifts Between Combativeness and Grievance