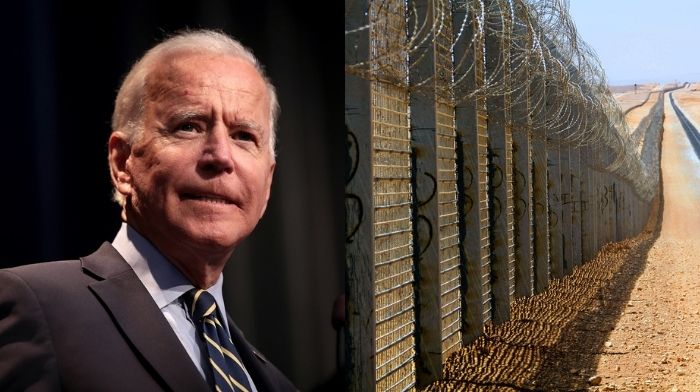 In a letter to Congress on Thursday, President Joe Biden announced he would rescind the National Emergency proclamation at the U.S. southern border that former President Donald Trump declared in February of 2019.

In order to fund the construction of the border wall, Trump had issued the proclamation in order to divert funds meant for the Pentagon after it was clear that Congress would not support any additional funding.

The move comes among a flurry of other immigration-related policy changes from the Biden administration.

NEW: Biden rescinds Trump’s Feb. 2019 declaration of a national emergency at the U.S. southern border. Trump had used that rationale to shift $1+ B in Pentagon funds to border wall construction; Biden vows “no more American taxpayer dollars [will] be diverted” to build the wall

Biden stated in his letter to Congress:

“I have determined that the declaration of a national emergency at our southern border was unwarranted. I have also announced that it shall be the policy of my Administration that no more American taxpayer dollars be diverted to construct a border wall, and that I am directing a careful review of all resources appropriated or redirected to that end,”

On his first day in office, Biden halted construction of the border wall through executive order.

This is the latest in a string of roll backs of Trump-era immigration policies.

Not everyone is supportive of the moves.

On Monday, Frederick County Maryland Sheriff Chuck Jenkins told Fox News Channel’s “Fox & Friends” that Biden’s new immigration policy should “outrage every American,” and that the new policies “would not only make Americans less safe, but immigrant communities as well.”

Earlier this morning, FCSO Sheriff Chuck Jenkins spoke to @FoxFriendsFirst regarding the recent changes to @ICEgov.

Jenkins talked about a Washington Post report that described an unnamed ICE official as saying, “they’ve abolished ICE without abolishing ICE,” and also new guidelines for Homeland security officials that will result in fewer arrests for low level crimes.

Republicans on the House Oversight Committee demanded an explanation Thursday from the new Homeland Security secretary about President Biden’s order to stop border wall construction, saying it “thwarts the will of Congress.”https://t.co/YRF7l3JAxX

Sheriff Jenkins is one of several law enforcement officials who have warned of the dire consequences of the Biden administration’s immigration reforms.

Not one to hold back what he thinks, former Acting ICE Director Tom Homan said in an interview with Fox News that he believes the new policies “are not an accident,” and it is “designed this way to give Democrats more political power.”

Another casualty of Biden immigration reform is something called Operation Talon.

A report from Fox News describes it as a program that targets at-large illegal immigrants with convictions for sex crimes, including child molestation.

The report goes on to say that an email went out on February 3, which instructed that Operation Talon be shut down.

Homan said, “Thousands of investigative hours go into planning for these operations from identifying targets, to locating them, to ensuring appropriate coordination from other law enforcement entities.”

However, an ICE spokesman told Fox News that it was not able to confirm future operations until they are complete.

RELATED: Feminism Does Not Speak To The Female American Mind

Law Enforcement Continues To Speak Out

Law enforcement officials like Sheriff Jenkins of Maryland and former ICE Director Homan continue to speak out about the Biden administration’s immigration policies.

Former Acting DHS Secretary Chad Wolf recently tweeted out a Washington Post article stating the “catch and release” program was being put back into place.

According to the report, Mexico has stopped taking families from Central America who are “expelled” at the border. Because of this, CBP has had to release more families into the U.S. interior.

In an even more dangerous scenario, Sheriff A.J. Louderback of Jackson County Texas, recently claimed on Fox News’ Tucker Carlson’s show that the Biden administration is releasing illegal immigrants into the U.S. without COVID testing.

Sheriff Louderback also reiterated that several immigration agencies essentially have their hands tied in regards to enforcement of immigration law.

He stated that, “Every peace officer in the United States should be extremely concerned about the attitude, the lawlessness, the complete abject removal of law.”

Homan and Louderback both said they feel the Biden administration is “sending a message to the rest of the world” that illegally entering the U.S. is ok.

Many insiders are buying their beaten-up stocks, a vote of confidence in a recovery 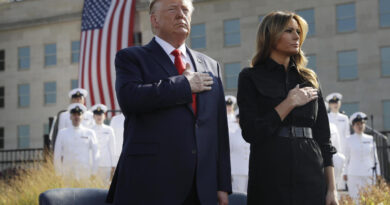