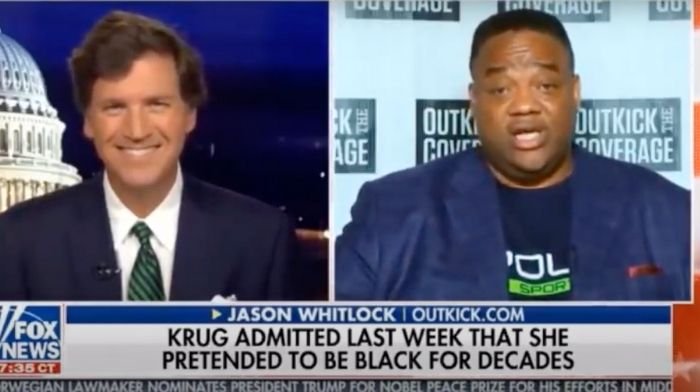 Sportswriter Jason Whitlock went on Fox News this week to talk to host Tucker Carlson about the scandal surrounding Georgetown University Professor Jessica Krug, who just admitted to being white after making a career out of pretending to be black.

During his interview, Whitlock held nothing back when it came to his feelings about the controversy.

There is a business built around racial grievance. And that business is booming at such a level that white people are like, ‘Hey, I’m gonna adopt a whole new identity so I can benefit from being Baby Al Sharpton, Baby Jesse Jackson,’ and in academia, this has been embraced, and [Krug] has been able to pull off this scam.

But it’s not just her; this isn’t just an anecdote. We’ve had it with Rachel Dolezal; we’ve had it with the Shaun King guy on Twitter who is white, who has pretended to be black, who has lied and said that, ‘Oh, my mother slept with a black man, and she didn’t tell anybody about it.’ All of these people moving into the race-bait industry and business, and it must be very profitable and lucrative because everybody wants to be ‘down with the cause, and y’all know that Jessica Krug is keepin’ it real, you know, yo?’”

Carlson agreed with Whitlock, saying he was disgusted by how “patronizing” Krug was in a clip in which she spoke as if she was “illiterate.” He added that this is not really a positive reflection of how leftists like her view the black community.

Whitlock felt the same way, and he went on to slam “white liberals” as the real “racists” and “bigots.”

I keep trying to explain it over and over and over again, and people think I’m crazy. The branding has been so strong that if you put on this label of being a liberal, there’s virtually nothing you can do negative against black people that will be seen as negative.

White liberals — I’m sorry — they’re the actual bigots. And I know that that’s gonna blow a lot of people’s minds, but liberalism to me is now the new KKK hood. Bigots used to hide under hoods; now they hide under the label of being a liberal and a progressive — and that allows you to be as bigoted as you wanna be.

If you wanna call yourself an antifascist and support Black Lives Matter as a white person, that means you can go out into the streets, tear down neighborhoods, harass people, say all kinds of disrespectful stuff to white and black people, and it’s all good because allegedly you’re fighting racism.

The world is just upside down. It’s a big lie and a scam and…white people, white liberals are going out on a black person’s credit card and…charging up a bunch of things that we have to pay the bill for. They’re doing it in our name. This is crazy.

RELATED: ‘The View’ Co-Host Sunny Hostin Says Blacks Are ‘Props’ For Republicans – Immediately Gets Shut Down

Whitlock concluded the interview by saying that white liberals’ actions “paints them as the true racists.”

This piece was written by PoliZette Staff on September 11, 2020. It originally appeared in LifeZette and is used by permission.

Read more at LifeZette:
Two women charged with hate crime for attacking 7-year-old Trump supporter
WATCH: Sarah Sanders torches hosts of ‘The View’ as the ‘definition of hypocrisy’
Democrat says lack of education funding made him strangle his girlfriend 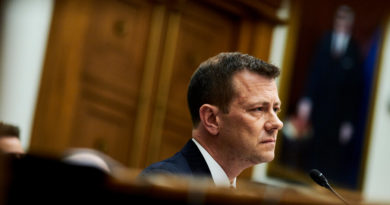 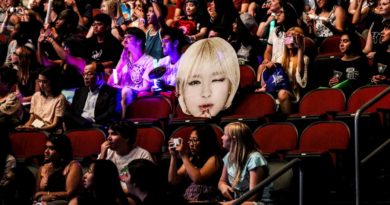 Why Obsessive K-Pop Fans Are Turning Toward Political Activism