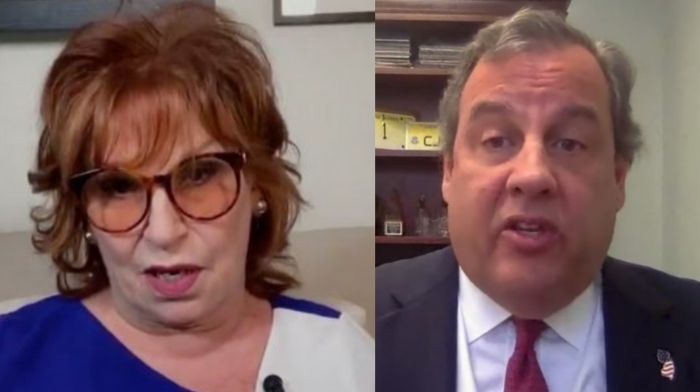 Friday on The View the harpies welcomed former GOP New Jersey Governor Chris Christie into their virtual lair. Apparently they thought he would make easy pickings for the one of the intellectual featherweights on the show. But in debate with Joy Behar, not only did Christie take her to the woodshed, but he stole her lunch money in the process.

Christie: “We are still distributing hundreds of millions of dollars from the last bill … both sides are going to negotiate on this, it’s the typical legislative process. Democrats want the things they want, the Republicans will want the things they want and they will ultimately, I believe, come to a compromise as they have on the three bills before this.” He was trying to be reasonable, but Behar wouldn’t take the proffered hand.

Behar: “They always seem to have money to give tax breaks to rich people in this country, or money to bolster the military, but when it comes to actually helping people, the Republicans don’t… all of the sudden, ‘We don’t have any money.”

Ah, tax breaks for the rich, eh Joy? So, as she is one of those rich, I wonder if she has given any of her tax break money back to the U.S. Treasury? And the anti-military line? Par for the course for Behar and her ilk? Why? Because they hate this nation and thus are not thrilled with anything or anyone who would defend it.

Christie: “First let me talk about your first point, which is that Republicans voted overwhelmingly for all of the aid for small business people across this country twice. Republicans voted overwhelmingly for $1,200 checks that have gone to every one of the taxpayers out there who qualify. Republicans have voted for aid to hospitals and front-line health care workers.” A factual statement. However, the shrews on this show don’t do well with facts.

Everybody? Such a typical nonsensical overstatement from a person like that. No facts, no logic, no basis in reality. Just hyperbole. And if people are protesting, they’re in the streets because people like Behar want to keep them trapped, jobless, in their own homes.

Christie: “People want their lives back.”

Behar: “They’re saying they want their jobs back, they want food. They want to pay their rent, they want to pay their mortgages, they don’t have enough money for that. That’s what they’re crying about. I don’t see the Republican Party helping them, all they’re doing is blaming everybody else.” They want food? Guess I missed the news on the famine. I mean really, this woman is not all there. Call it hysteria or senility, she needs a vacation from her own brain.

Christie administers the coup de grace: “That’s just wrong. That’s absolutely wrong. It’s your point of view, and you’re welcome to it, but you’re not welcome to your own set of facts. The Republicans have voted to support all of those programs you just talked about.”

Chris Christie to Joy Behar: “That’s just wrong. That’s absolutely wrong. It’s your point of view, and you’re welcome to it, but you’re not welcome to your own set of facts.” pic.twitter.com/0TbuoUjQWV

Yes they have and the American people know it. Behar and her bunch? They’ll never admit it. Because that would ruin the hysteria.

This piece was written by David Kamioner on May 16, 2020. It originally appeared in LifeZette and is used by permission. 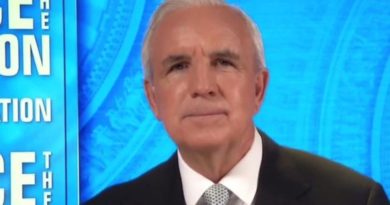