WASHINGTON — Twelve years ago, when the last Democratic president took office, he did not seek broad inquiries into officials from the previous administration for their use of torture practices, or for domestic eavesdropping. Nor did he pursue prosecutions of Wall Street executives for crimes that led to the 2008 financial crisis.

Aside from some grumbling, Barack Obama’s party went along in the name of national unity.

This time, Democrats who have chafed at President Trump’s behavior for four years are not willing to be so accommodating: They want to hold him, his family and his enablers accountable for acts they believe didn’t just break norms, but broke the law.

Whether or not the House pursues impeachment charges against Mr. Trump for his role in inciting his supporters to storm the Capitol on Wednesday, many Democrats say that impeachment is not enough.

Once President-elect Joseph R. Biden Jr. takes office on Jan. 20, wide segments of his party are eager to see investigations and prosecutions of an array of Trump aides and allies — an effort, they say, that would bolster the rule of law after a presidency that weakened it and serve as a warning to future presidents that there will be consequences for illegal actions taken while in office.

The rioting at the Capitol has only intensified that desire. More than a dozen Democrats interviewed in recent days said the president’s role in inspiring the mob violence had prompted them to change their positions: They now want the Biden Justice Department to investigate the president and his aides.

“I was not on the investigate-and-prosecute train before yesterday,” Kathleen Sullivan, a former chairwoman of the New Hampshire Democratic Party, said on Thursday. “However, undermining the very foundations of democracy and the Constitution is a crime that can’t be ignored.”

So far, Mr. Biden has not taken a position on impeachment, let alone the broader agenda of launching criminal investigations. He has said he would leave any decisions about it to his Justice Department, which he has promised will return to the pre-Trump norm of maintaining independence from the White House. His choice of Merrick B. Garland, a centrist judge, as his nominee for Attorney General is another indication of his more measured approach to pursuing investigations and indictments.

His stance reflects not only his politics but a natural inclination not to settle scores — much like Mr. Obama, whom Mr. Biden served for eight years as vice-president. Mr. Obama said shortly before his own inauguration that he believed the nation needed “to look forward as opposed to looking backwards.”

But interviews with more than 50 current and former Democratic elected officials, Democratic National Committee members and party activists found an overwhelming consensus across the party’s ideological spectrum toward holding Mr. Trump personally accountable and launching congressional and Justice Department investigations into him, his family and his top aides — not only for inciting last week’s violent mob at the Capitol but for a host of other actions during his presidency.

The transgressions they cite include collusion with Russia, tax fraud, illegal pressure on state elections officials, using federal offices for political activity and violation of the constitutional provision that prohibits a president from profiting from foreign governments.

A Georgia elections official on Saturday confirmed a third call Mr. Trump made to officials in the state trying to reverse Mr. Biden’s victory. The calls began with one to Gov. Brian Kemp in early December to berate him for certifying the state’s election results. The efforts to change election results could be construed as illegal attempts at election interference or other criminal violations, but legal experts said proving a case could be difficult.

Harry Reid, the former Senate majority leader, said Mr. Trump, former Attorney General Bill Barr and others need to be investigated by Mr. Biden’s Justice Department, though he warned that Mr. Biden himself should keep his distance from any prosecutions to avoid the appearance of politicizing them.

“There’s a desire from me to never hear from Trump again, but I don’t think the issue should be ignored,” Mr. Reid said during an interview on Friday.

The push for accountability for Mr. Trump and his allies is starkest in the party’s liberal wing, especially among progressive people of color who have watched the Trump administration direct the use of tear gas against demonstrators for racial justice, and threaten them with long prison terms.

The desire to investigate and potentially prosecute Mr. Trump and his aides is not universal among Democrats.

“Martyring Donald Trump is a very bad idea and it could tear the country apart,” said Matt Bennett, a co-founder of Third Way, a moderate Democratic think tank. “It’s just not worth it.”

For those seeking accountability, Mr. Trump is far from the only target. Representative Cori Bush of Missouri said she would introduce a resolution to expel every House Republican who voted on Wednesday to challenge the results of the election. The Democratic Legislative Campaign Committee has begun an effort to track down all of the state legislators who participated in Wednesday’s Trump rally and subsequent rampage at the Capitol, and call for their resignations.

Other Democratic organizations plan to pressure companies not to hire former administration officials, closing off the lucrative pathway into the private sector enjoyed by so many former White House staffers.

Some Democrats argue that an effort to seek accountability for the past four years may carry some political dividends, by energizing the base in advance of what is likely to be a tough midterm election battle.

“You don’t want to spend your political capital dealing with the mess of the past administration, but you have to in the name of good governance and political order,” said Adam Jentleson, a progressive strategist. “And there is political upside for it too. It will keep Democrats energized.”

The push for accountability from Mr. Trump reflects more than just outrage over his actions. Many on the left remain frustrated by their party’s failure in the past to investigate people who may have violated the law.

“I think back to the financial crisis of 2008,’’ said Jay Jacobs, the New York State Democratic chairman. “We chose not to prosecute the banks, lenders, insurance and mortgage company executives who created the crisis and personally profited greatly. How did that work out for us politically? We can’t make everyone happy. So, instead, let’s just do the right thing.”

A variety of proposals are circulating through Democratic circles, some of them far-fetched, like forcing the expulsion of the 147 Republicans who objected to certifying Mr. Biden as the winner, and pushing for the immediate firing of all political appointees across the federal government.

Some progressives have even borrowed ideas from national efforts undertaken by countries like South Africa, Ireland and Peru, including targeted truth and reconciliation committees and public contrition.

Many seem unlikely to be taken up by the new administration, which has focused on combating the pandemic and rebuilding the economy. If acted upon, such an effort could lead to months or years of legal complications for the Biden administration.

In remarks on Friday in Wilmington, Del., Mr. Biden accused Republicans who sought to overturn his victory of perpetrating “the big lie,’’ but he said judgments of their fates in office should be left to voters.

Former Representative Tom Perriello, who was a special adviser for the war crimes tribunal in Sierra Leone, said countries that have suffered national trauma and tried to move forward without experiencing consequences or contrition are unable to heal.

“Countries that skip the accountability phase end up repeating 100 percent of the time — but the next time the crisis is worse,” Mr. Perriello said. “People who think that the way forward is to brush this under the rug seem to have missed the fact that there is a ticking time bomb under the rug.”

Legal experts have said it would be very difficult for prosectors to charge Mr. Trump after he’s out of the White House. There is a longstanding practice of avoiding criminalizing policy decisions — like enacting harsh penalties on undocumented immigrants — but Mr. Trump’s actions since the election may change that thinking.

Mr. Biden’s reluctance to wade into the issue could become more problematic if Mr. Trump pardons himself or his family members, some Democrats said. They argued that such a move would warrant an investigation into what, exactly, Mr. Trump is pardoning himself for. It’s also not clear that a self-pardon would insulate Mr. Trump from federal charges. And it would not cover charges he might face from an investigation by state prosecutors in New York into his business dealings.

Still, for some Democrats the idea of maintaining a public focus on the president after he leaves the White House would distract from enacting the Biden agenda. Mr. Biden himself on Friday said his most important priorities are “the virus, the vaccine and economic growth.”

“Biden should first concentrate on uniting the country again in the beginning of his term,” said Sheikh Rahman, a Georgia state senator. “If Trump is given more attention than the American people who are suffering because of the policies he’s enacted, it will cause even more division.”

Even those who want to hold Mr. Trump accountable for his actions don’t have a clear idea of all that might entail. They argue that the scope of their efforts may need to go far beyond the president and his political allies into social media companies and attempts to fight domestic terrorism.

“There absolutely has to be accountability and what’s difficult for even me to really say right now with any finality is how that should work,” said Representative Conor Lamb of Pennsylvania, who is a former federal prosecutor. “The president himself is often a layer or two removed from the violence committed by the people who follow him. That’s a difficult thing to act on within the bounds of our current criminal law.”

No matter what Mr. Trump does with his final days in office, the pressure on Mr. Biden from inside the party threatens to complicate the message of national unity he campaigned on and distract from his focus on policy. And with many Republican elected officials trying to distance themselves from the president after years of acquiescing to him, some Democrats see new opportunities to win bipartisan support for their legislative agenda — backing that may be harder to gain if the Biden Justice Department is trying to prosecute Republicans at the same time.

“If there are some Republican elected officials who changed their position, do we work with them?” asked Aditi Juneja of Protect Democracy, a legal group that’s focused on suing the Trump administration for what it views as efforts to undermine democracy. “What do they need to do for us to feel comfortable working with them?’’

But, she added, “the answer can’t just be we pretend this never happened.” 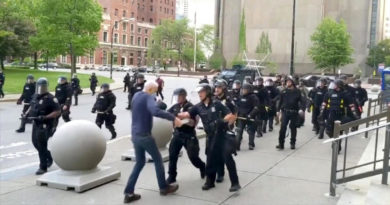 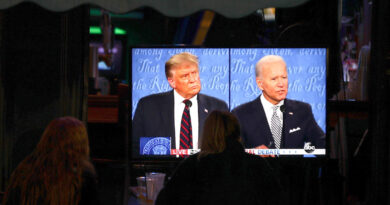