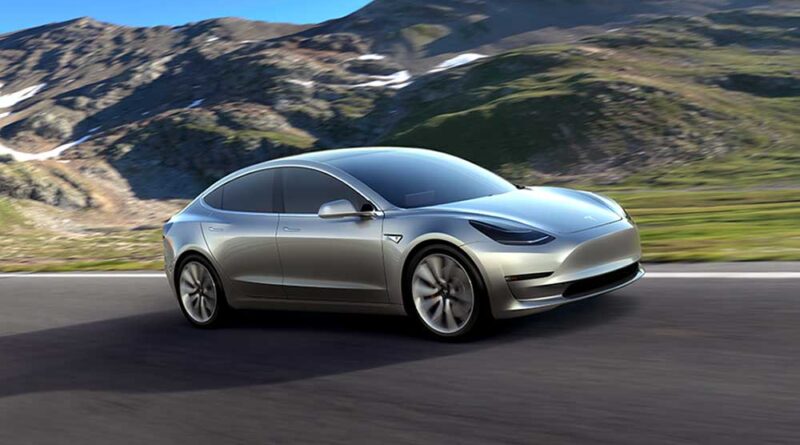 Dow Jones futures will open Sunday, along with S&P 500 futures and Nasdaq futures. The stock market rally shrugged off early losses and stunning events on Capitol Hill to deliver another week of solid gains, fueled by stimulus hopes. But the major indexes are looking increasingly extended, raising the risks of a pullback.

Meanwhile, Tesla stock appears to be in a climax run.

Looking ahead to the coming week are two big conferences, both virtual this year: The CES tech extravaganza and the JPMorgan Healthcare Conference. Dozens of companies will present key technology, earnings guidance and other business developments at or around those conferences. General Motors (GM) and AMD (AMD) will be key CES presenters on Tuesday.

GM stock is in buy range from a bullish rebound of its 10-week line and moving above its 21-day exponential moving average, while working on a flat base. AMD stock also rebounded from its 10-week line and is still in range from that key level, even as it is just extended from a prior base. It’s also working on a short consolidation that could turn into a base-on-base.

JPMorgan stock is nearing the top of a long consolidation, while Citigroup is closing in on that level. TSM stock is well extended. Delta stock is finding support at the 10-week line as it consolidates following a rally from a bottoming base. A strong rebound could offering a buying opportunity for DAL stock, though the fundamentals are likely to grim well into 2021.

Tesla (TSLA) and TSM stock are on IBD Leaderboard.

The stock market rally started 2021 with a retreat on Monday, but rebounded from strong gains.

The new Nio ET7 will launch starting at 448,000 yuan ($69,200), though that’s before a subsidy for having battery-swap capability. Drivers also could pay lower prices upfront and subscribe to Nio’s battery-as-a-service offering.

Nio says a bigger 150kWH battery pack will be available in Q4 2022. The solid-state battery would offer 1000 kilometers of range, roughly 620 miles, on a single charge. Solid-state batteries are expected to be the next big thing in batteries, with longer range, faster charging and less volatile, but they haven’t been launched commercially.

The ET7 will come with advanced driver-assist capabilities, including Lidar functionality and an Nvidia (NVDA)-powered supercomputer. Nio claims it’ll have far-greater computing power and camera resolution than Tesla Full Self Driving.

However, Nio claims its competition is not the Tesla Model S, but non-EV luxury cars.

While the ET7 won’t be available until 2022, the sedan could provide a halo effect for the entire Nio brand as a premium, cutting-edge EV maker.

Nio only sells in China, but says it’ll start selling in Europe in late 2021.

Xpeng began deliveries of its G3 compact electric EV in Norway late last year. Xpeng recently teased a new sedan with Lidar on social media. There is some speculation that the car will be the so-called P5, a smaller sedan than the P7. That could help target the market just below the Xpeng P7, Tesla Model 3 and BYD Han EV.

Nio stock rallied 8.55% to 58.92 on Friday, clearing a 57.30 buy point from a cup base. For the week, Nio spiked 21%, following a big upside reversal move in the prior week that offered early entry. So while Nio stock ended the week in buy zone, it’s looking somewhat extended. When a stock races straight up from near the bottom of its base, like Nio did, there’s a good chance that the stock will consolidate or pullback, essentially forming a high handle above or next to the buy point.

Of course, sometimes stocks race from the bottom and then surge higher. The reaction to Nio Day could be a catalyst for big gains or losses, though many of the announcements confirmed reports and speculation.

As for its China EV rivals, Xpeng stock jumped 6.1% last week, above its 50-day line and now its 21-day exponential moving average but still below its fast-rising 10-week line. Li Auto stock leapt 19%, rebounding above its 50-day and 10-week lines. But both XPEV stock and Li Auto, big 2020 IPO winners, had steep corrections, making a bounce off the 50-day or 10-week line risky.

BYD stock, which trades over the counter in the U.S., shot up 19% to a record high.

Tesla stock surged 25% last week, part of an 11-day winning streak. After a powerful run for several weeks, TSLA stock appears to be going vertical and looking like a climax run.

Tesla is tripping several climax run signals, from exhaustion gaps, the biggest point move of its rally as well as being 151% above its 200-day moving average. Definitely click on the prior link to read more about why Tesla stock appears to be nearing a climax top

It’s possible that Tesla stock hit a peak Friday, or that it could keep rising for huge gains for a few more days, with even bigger daily point gains. Selling at the very peak of a climax top is essentially the great fishing story for investors. Many will claim it, few will achieve it.

Investors may want to sell some Tesla stock into strength, because when a climax top occurs, shares can fall to earth even faster than they rise.

Perhaps Tesla stock will have a climax top, sell off and rebound rather quickly once again. But do you want to sit through a 30%, 50%, 80% decline on hopes for a rebound? If Tesla stock corrects or crashes and then bounces back, investors can always buy it back. After the coronavirus crash, Tesla stock offered buying opportunities slightly below and above the February peak.

Investors will get wholesale December China electric vehicle sales on Monday for the broad industry and specific companies. Nio, Li Auto, Xpeng and BYD have already released December sales. But it will provide the first set of December China sales for Tesla.

Tesla released Q4 production and delivery figures for worldwide on Jan. 1, but not for specific regions. China demand clearly led Tesla growth in 2020, along with the Model Y in the U.S. With December China sales figures and European tallies, investors will get a better idea of North America sales as well.

Tesla said it will begin deliveries of made-in-China Model Y crossovers this month, with a starting price below that of the Nio EC6. The Volkswagen (VWAGY) ID.4, which will launch in China in early 2021, is expected to be much cheaper, though with a shorter range.

Late Thursday, Tesla launched the Model Y Standard Range for $41,990 in U.S., far cheaper than the prior base model of $49,990, but with an official range of just 244 miles. The Ford (F) Mustang Mach-E, which has just started deliveries, and the VW ID.4, with U.S. deliveries starting in March, are still significantly cheaper after $7,500 federal tax credits.

The stock market rally last week shrugged off rioters on Capitol Hill, early selling, a brief rotation out of many techs to finish on a high note, with broad-based gains as investors cheered the end of Election 2020 uncertainty and the prospects of significantly higher stimulus in the coming weeks.

The stock market strength is remarkable, if a little troubling.

The Nasdaq is now 8% above its 50-day moving average. That’s the most extended in the current post-election stock market rally. The Nasdaq did get more extended several times in the April-September rally, but that was an unusually powerful uptrend. That ended with the September correction. The S&P 500 index is 5.7% above its 50-day line, starting to look extended as well.

Webby’s RSI, which measures the gap from the Nasdaq’s intraday low to the 21-day line, is not flashing warning signs. But if the Nasdaq opens higher on Monday, that may change.

The risks are growing that a pullback will come, and that it could be large.

Remember how many growth stocks stumbled when the major indexes undercut their 21-day lines intraday on Jan. 4? Imagine the Nasdaq tumbling 8% in a week or two, akin to the September sell-off.

That’s a worrisome combination. A Tesla climax top could be the catalyst for a broad market pullback, especially with TSLA stock such a big weight in the S&P 500 and Nasdaq. Or a market pullback could be a trigger for Tesla stock reversal.

On the plus side, the stock market rally boasts broad leadership, with miners, infrastructure plays and financials joining growth stocks. Chipmakers continue to power ahead while software, after a recent hiccup, is rebounding nice again.

Will that broad leadership continue after the latest stimulus buzz wears off? Or will leadership become more selective?

In the here and now, the number of good-looking set-ups is rather thin, with so many leaders extended.

The Market Is Going To Do…

Ideally, the stock market rally would pull back gently or move sideways over a few weeks. That would let the 50-day line catch up the major indexes. The pause would also refresh watchlists. Many leading stocks are extended or at best working on very short consolidations. But, as always, the market is going to do what it’s going to do.

It’s not necessarily a bad idea to take some profits on some big winners, especially those that are looking extended. But there’s no need to get defensive until the stock market rally shows significant weakness.

As always, pay attention, have a game plan and keep a level head. 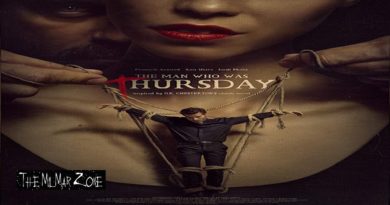 The Man Who Was Thursday 2016 — A Time Travel Movie Trailer 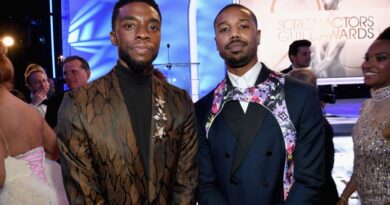