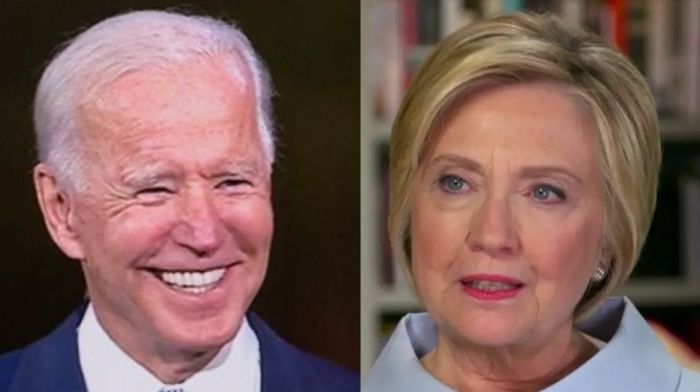 The two-time failed presidential candidate Hillary Clinton spoke out on Sunday to discuss President Joe Biden’s first one hundred days in office, saying that she would give him an “A” grade for his efforts.

“I give him an ‘A,’ and I’m a hard grader,” Clinton replied. “I would give him an “A” on effort. He’s done a couple of things so well, Fareed. He has once again embodied and modeled what a president should act like in the Oval Office, in the White House, in the world at large with dignity, with purposefulness, with care for what he says and how he treats people.”

“His attention to detail and the team that he has surrounded himself with, who are experienced at how you make the federal government work, has produced a just tremendous amount of positive action to not just undo the past four years, but really begin again to get the government working in the right way,” she added.

“Then the passage of the American rescue plan, to get money into the pockets of Americans who are still suffering economically, is absolutely the right thing to do, and it got done,” Clinton continued. “He was single-minded about it.”

“Finally, man, getting 220 million shot into arms, getting the supply chain fixed, and using the federal government through FEMA and the National Guard to be part of the team in states and localities shows what competent government looks like,” Clinton said.

“People don’t have to worry all of the time,” Clinton concluded. “They don’t have to hold their breath when they see their president on television. They don’t have to shake their head and wonder that a president is going to tell them to drink bleach. We now have a mature, experienced president, and thank goodness we do.”

Friendly reminder that you lost to Donald Trump in 2016, Hillary.

Read Next: Chelsea Clinton Speaks Out To Reveal How She And Hillary Reacted To Capitol Riots

This piece was written by James Samson on May 2, 2021. It originally appeared in LifeZette and is used by permission.

Read more at LifeZette:
Trey Gowdy Predicts Democrats Will Lose The House Because Of Biden
Leftist Racists Run Wild At California Rally
Pelosi Defiantly Says She’s ‘Very Confident That Democrats Will Hold The Majority After The Next Election’ 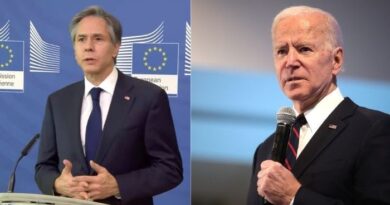