Former White House Press Secretary Kayleigh McEnany spoke out on Friday to lament the fact that she feels President Joe Biden is not being held to the same standard as his predecessor Donald Trump by the White House press corps.

While appearing on the “Fox News Rundown” podcast, McEnany said that most of the questions posed to Biden during his first press conference since taking office on Thursday represented a lower bar than what President Trump faced in his combative sessions with reporters.

“There was a very low bar for President Biden. There’s no doubt about that,” McEnany said. “And I think, the media is essentially saying that he passed that very low bar when, in fact, if you analyze what he said, he did not pass that bar. You know, for instance, on the issue of immigration he said that the vast majority of those coming to the border are being turned away.”

“We have an Axios report saying, in fact, 87 percent of families are being let in and having their cases adjudicated in the country,” she added. “So issues like that, which would not be so gratuitous in a Trump administration, it would have been called a lie or just simply overlooked in today’s mainstream media.”

McEnany Says Some Reporters Stepped Up

While McEnany thought that much of the press conference was bad when it came to reporter questions, she did say that a few journalists did step up to ask tough questions.

“There were some reporters that rose to the occasion, Kristen Welker being one,” McEnany said. “She had a very good question about transparency. And then she followed up after that question and the question prior to her as well from ABC similarly kind of put President Biden in a spot on immigration.”

“But one thing I wish I would have seen more is all of the reporters who ask tough questions – unlike [CNN’s] Kaitlan Collins, who asked if he’s going to run for reelection – but then come with follow-ups and you kind of miss the caustic, vitriolic follow up you got in the Trump era, which is a good thing, because I don’t think that that’s particularly helpful to the American people,” she concluded. “But it is a noted contrast between the two administrations.”

Read Next: Kayleigh McEnany Reveals She ‘Warned The Reporters’ That Biden Would Rarely Talk To The Press

This piece was written by James Samson on March 26, 2021. It originally appeared in LifeZette and is used by permission. 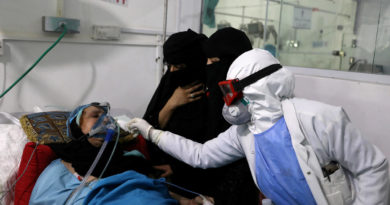 WHO reports biggest one-day rise in coronavirus cases to date 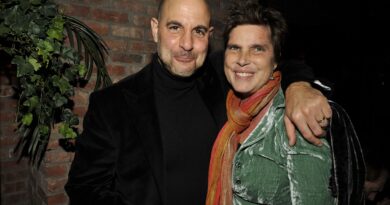 Stanley Tucci opens up about his first wife’s death: ‘You never stop grieving’

‘We want to be a winner’