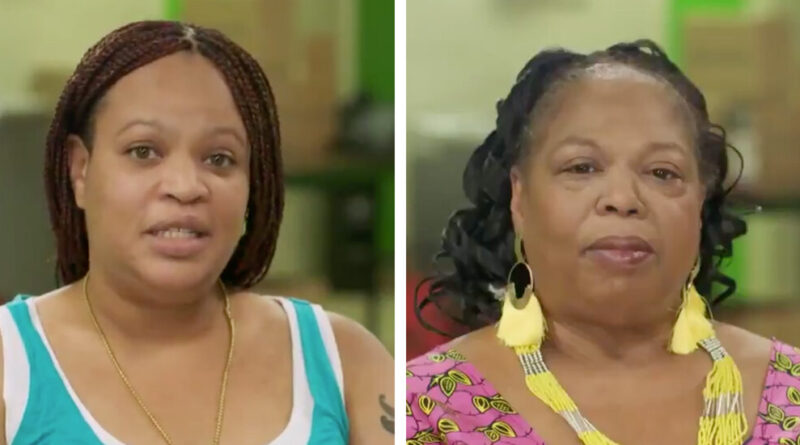 It started with an unexpected call last week from Lynne Patton, a longtime Trump associate who oversees federal housing programs in New York.

Ms. Patton told a leader of a tenants’ group at the New York City Housing Authority, the nation’s largest, that she was interested in speaking with residents about conditions in the authority’s buildings, which have long been in poor repair.

Four tenants soon assembled in front of a video camera and were interviewed for more than four hours by Ms. Patton herself. Three of the tenants were never told that their interviews would be edited into a two-minute video clip that would air prominently on Thursday night at the Republican National Convention and be used to bash Mayor Bill de Blasio, the three tenants said in interviews on Friday.

“I am not a Trump supporter,” said one of the tenants, Claudia Perez. “I am not a supporter of his racist policies on immigration. I am a first-generation Honduran. It was my people he was sending back.”

The episode represents another stark example of how President Trump has deployed government resources to further his political ambitions. Ms. Patton is head of the New York office of the Department of Housing and Urban Development, and under the Hatch Act is barred from using her government position to engage in political activities.

Throughout the convention, Mr. Trump has shattered the traditional boundaries between government and politics, and the video was aired on a night when the campaign took over the South Lawn of the White House, the first time that a major political convention has occurred there.

The public housing clip was the second instance of the Trump campaign’s misleading participants in an event involving the federal government that was filmed for the Republican National Convention. On Tuesday, the convention showed a video of five new American citizens being sworn in at a naturalization ceremony by Mr. Trump. Some of the five said they did not know that they were being filmed for a political event.

The four tenants in the public housing video were all interviewed on Friday by The New York Times. Three said they opposed President Trump and were misled about the video. The fourth, reached late Friday night, said she was a Trump backer and knew the purpose of the video.

In the video, the tenants raised concerns about conditions in the housing authority’s buildings, praised Mr. Trump’s record on public housing and attacked Mr. de Blasio’s. Ms. Perez, one of the tenants, said in an interview on Friday afternoon that she stood by her criticism of the authority but was furious about being tricked into appearing in a video shown at the R.N.C.

Ms. Perez said she had been called last week by another tenant leader, Carmen Quiñones, who said Ms. Patton was with her at the Frederick Douglass Houses in Manhattan and wanted to talk to residents about the housing authority’s performance.

Only after the questioning ended were the four tenants told that the interview was for the Republican Party, Ms. Perez said. But she said she was never told that it was for the convention.

Ms. Perez said she demanded to see the edited version of the clip, but no one ever showed it to her. She added that Ms. Quiñones called her minutes before the clip aired on Thursday night to say that it was about to be shown.

During the pandemic, Ms. Perez and Ms. Quiñones have helped to provide hundreds of thousands of meals to residents who would not have had food otherwise. One of the vendors who provided the food, a farming company owned by Muslims, called an associate of Ms. Perez on Friday and asked why she appeared in a video supporting Mr. Trump, Ms. Perez said.

Tim Murtagh, a spokesman for the Trump campaign, defended the handling of the video. “All interview subjects were fully aware of the purpose of the interviews,” he said. “Lynne Patton was acting in her own personal capacity.”

Ms. Patton declined to be interviewed, saying that she was traveling. But she issued a statement denying that she misled the four tenants, saying that they knew that their interviews would be shown at the convention “to increase awareness of the inhumane conditions that Mayor de Blasio has allowed for far too long.”

“Each participated regardless of political party because they recognized the importance of having a voice on the national stage and the undeniable improvements that have transpired under this administration,” Ms. Patton said.

She said the video had been vetted and cleared for Hatch Act violations by the White House.

Ms. Patton said that she had spoken with all four tenants on Friday and that they were upset with the way The Times was “twisting their words.”

In a separate interview, Ms. Quiñones said she talked to Ms. Patton on Friday afternoon and was comfortable with how she was being portrayed by The Times. She said she was disappointed that her words had been twisted to make it seem as if she were a Trump supporter.

Ms. Perez and a third tenant, Manny Martinez, said they had not spoken with Ms. Patton on Friday and did not know what she was talking about.

Ms. Patton is a Trump family loyalist who before the president’s election organized tournaments on his golf courses and planned his son Eric’s wedding. She had little experience in housing policy before her appointment to HUD.

In 2019, a federal agency found that she had violated the Hatch Act by displaying a Trump campaign hat in her office and “liking” political tweets, though the agency did not recommend that she be disciplined.

Ms. Patton plays an important role in oversight of the New York City Housing Authority, which includes more than 300 properties, some with thousands of units. They have long been a lifeline for working-class tenants and have lengthy waiting lists for apartments.

But over the years, the buildings have deteriorated and have been plagued by poor maintenance.

In 2019, Mr. de Blasio agreed to accept a powerful monitor for the housing authority after a federal investigation documented squalid living conditions and mismanagement.

The one Trump supporter among the four tenants was Judy Smith, who is quoted in the video saying, “I’m grateful for the spotlight that President Trump is putting on New York City public housing.”

In the video, Ms. Smith also contended, without providing any evidence, that the de Blasio administration gave public housing preferences to undocumented immigrants.

In an interview on Friday night, Ms. Smith said she was pleased with the video. “The Republicans gave people in public housing a platform to express their grievances,” she said.

Explaining how the video came about, Ms. Quiñones, the leader of the tenants’ group, confirmed that Ms. Patton had reached out to her about assembling tenants to talk about the authority.

But Ms. Quiñones said she did not realize until the cameras started and the questions began that Ms. Patton had actually recruited the tenants for interviews for the party.

Ms. Quiñones said she wished that she had been told in advance that the clip would be shown at the convention. She said she was a lifelong Democrat who plans to vote for Joseph R. Biden Jr. in November. She was interviewed on Friday as she marched in Washington at the Get Your Knee Off Our Necks rally, sponsored by another Trump target, the Rev. Al Sharpton.

When asked whether she was concerned about being misled, Ms. Quiñones said, “It is what it is.”

She added that she decided to use the opportunity to highlight what she said were extensive problems at the housing authority under Mr. de Blasio.

“For me, this was not about party, but for us to make the national stage,” Ms. Quiñones said. “They were the only ones that offered. My own party didn’t offer.”

Ms. Quiñones said Ms. Patton had been a strong advocate for the housing authority.

She said she supports the Democratic Party except for one person, Mr. de Blasio, whom she blamed for what she said were worsening conditions at the Douglass Houses in Manhattan and across the housing authority, which has 400,000 tenants.

The third tenant, Mr. Martinez, said he was asked to take part in the meeting with Ms. Patton with little notice, but took up the opportunity to air his concerns about public housing. “This was not an endorsement of Trump,” he said.

Mr. de Blasio did not immediately respond to a request for comment.

But on Thursday night, his press secretary, Bill Neidhardt, called the video a “cynical attempt to pit Black Americans against immigrants,” a reference to the assertion in the video by Ms. Smith that undocumented immigrants had been allowed to cut in line to get housing before American citizens.

“It’s wrong,” Mr. Neidhardt wrote on Twitter. “After decades of disinvestment, Mayor de Blasio has made historic investments in NYCHA. But at least this much is true: The Mayor lives rent free in Trump’s head.” 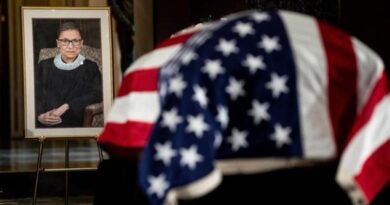 Former law clerk for Ruth Bader Ginsburg: "She had been my hero"