There are some minor crimes that take on a greater significance when we learn about some unique circumstances. Some may consider stealing political signs to be one of those minor crimes.

However, people put signs up for good reasons: to show their support for a candidate and to encourage others to vote for that candidate. Stealing campaign signs is one of the most unethical things a person can do. One important reason is it squelches free speech, something no American should ever do.

So, adults go out and debase themselves, disrespect a long-standing American custom—not to mention break the law—by stealing a person’s campaign sign from their property or from public property.

These crimes are occurring all over the country, including in my little hamlet just a few miles north of Seattle. In fact, one woman on a FB community page recently reported a thief had stolen her President Trump campaign sign—for the third time.

The reports of sign thefts do happen at both ends of the political spectrum. Still, the reports of which signs are being damaged or stolen seem massively one-sided. Former NYPD cop and Secret Service agent, Dan Bongino, has had two Trump signs stolen.

In response, he has implemented a unique theft prevention strategy: After someone stole two Trump signs, he replaced them with four signs, and he made a $500 donation to President Trump’s campaign. Bongino tweeted, “Steal these, and I’ll add 8 more signs and I’ll double the donation. Thanks for playing! -Dan.”

Deana Algarin, a 45-year-old woman from Schenectady, New York, has her own unique strategy, but this one is for stealing campaign signs. According to the Times Union, Algarin conscripted six minors to help her steal Trump campaign signs from people’s yards.

She drove the kids through the towns of Tribes Hill and Amsterdam allegedly pilfering Trump signs as they went. A photo provided by Montgomery County Sheriff’s Office shows at least 13 stolen signs, 12 for Trump and one for Elise Stefanik, a U.S. representative from New York’s 21st congressional district.

This is anecdotal, but I remember before I retired, during political campaigns, especially presidential, Republican signs wouldn’t last a day on public property, and people often also stole them from private property.

I recall conducting a theft investigation for some folks that had several Romney for President signs stolen from their front lawn. They lived just across the bridge from the University of Washington campus. If a light just flashed and a bell rang in your head, you’re probably a conservative. As with so many colleges and universities, U-Dub is a proverbial bastion of leftist thought. Not hard to imagine someone from there would steal Republican campaign signs. Students or professors!

Although it may have happened, I don’t recall any Obama signs ever being torn down or stolen. In fact, those signs often remained in place long after his two elections. As I mentioned previously, today if Republicans only get their signs stolen, they’re lucky. They’re lucky not to have their property set ablaze, their kid’s MAGA hat stolen, get kicked in the head, or, as happened in Portland recently, become a murder victim.

This piece was written by Steve Pomper on October 3, 2020. It originally appeared in LifeZette and is used by permission.

Read more at LifeZette:
Biden Campaign Staffer Suggests SCOTUS Nominees Should Be Disqualified For ‘Intolerant’ Religious Views Like Amy Coney Barrett’s
Liberal Calls For Police Officers To Be Strangled With ‘Intestines Of The Last Capitalist’ – Whines About Getting Death Threats
Mayor Announces Plans For City To Pay Some Pregnant Women $1K Per Month, But Only If They’re Black Or Pacific Islander 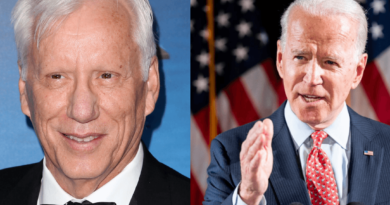 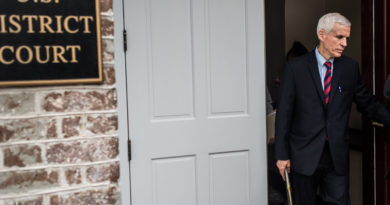 A Veteran Defender Is Selected for Guantánamo’s 9/11 Trial 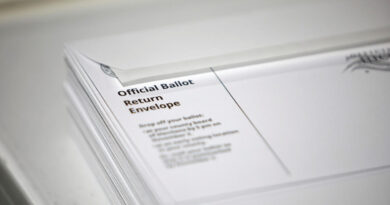