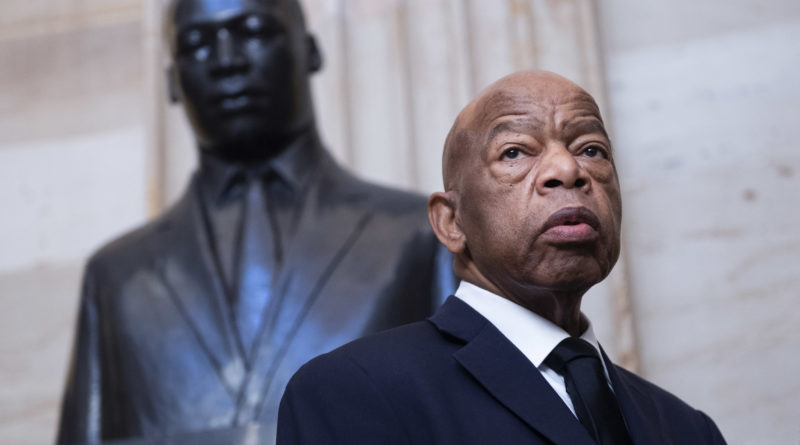 Rep. John Lewis is seen near the statue of Martin Luther King Jr. in the Capitol Rotunda before a memorial service for Rep. Elijah Cummings, D-Md., Oct. 24, 2019.

Lewis was the sharecroppers’ son who battled against segregation — getting his head bashed by an Alabama state trooper in Selma on “Bloody Sunday” 1965 — and later became a 17-term congressman from Georgia.

Lewis moved his fight from the lunch counters, schools, bus stations and streets of the South to the halls of Congress, where he was the Democrats’ senior chief deputy whip and member of the powerful House Ways and Means Committee.

He waged his fight against Jim Crow segregation laws by advocating nonviolent change despite being physically attacked and arrested numerous times. In Congress, he voted against the Gulf War and the Iraq War, led a sit-in on the House floor to demand gun control legislation, pressed for improved health care for the poor, tried to strengthen voting rights laws and fought a rearguard effort to protect welfare benefits from cuts.

“You have been a moral compass for the nation and a voice for freedom and democracy in the world,” Margaret Renkl wrote in an opinion piece in The New York Times in January 2020.

Days before she wrote that open letter to Lewis, the congressman announced that doctors had discovered he had stage 4 pancreatic cancer.

“I have been in some kind of fight — for freedom, equality, basic human rights — for nearly my entire life. I have never faced a fight quite like the one I have now,” he said in a statement at the time. “I have decided to do what I know to do and do what I have always done: I am going to fight it and keep fighting for the Beloved Community. We still have many bridges to cross. … With God’s grace I will be back on the front lines soon. Please keep me in your prayers as I begin this journey.”

While battling cancer, he ran for reelection to an 18th term in Congress, and during the protests following the police killing of George Floyd, he visited a 2-block-long asphalt canvas on Washington’s 16th Street that says “BLACK LIVES MATTER” in giant yellow letters.

‘It’s very moving. Very moving. Impressive,” he told a local Fox TV reporter. “I think the people in D.C. and around the nation are sending a mightily powerful and strong message to the rest of the world that we will get there.”

John Robert Lewis was born Feb. 21, 1940, to Willie Mae and Eddie Lewis in Pike County, Alabama. He grew up on the family’s cotton farm in Troy and attended all-Black public schools.

As a boy, he dreamed of becoming a minister.

“With the help of my brothers and sisters and cousins, we would gather all of our chickens in the chicken yard, and I would start preaching to the chickens. They never quite said ‘Amen,'” he said in a StoryCorps segment that aired on NPR.

At 15, he was inspired by Rosa Parks’ refusal in 1955 to sit in the back of a bus in Montgomery, Alabama, in defiance of Jim Crow practices. After graduating high school two years later, he wrote a letter to the Rev. Martin Luther King Jr., and the leader of the nascent civil rights movement accepted Lewis’ offer to help in the struggle. King sent him a bus ticket to Montgomery and they met there.

“I was so scared. I didn’t know what to say or what to do,” Lewis recalled on StoryCorps. “And Dr. King said, ‘Are you the boy from Troy? And I said, ‘Dr. King, I am John Robert Lewis.’ I gave my whole name. But he still called me the ‘boy from Troy.'”

He received a B.A. in religion and philosophy from Fisk University and was a graduate of the American Baptist Theological Seminary, both in Nashville, Tennessee.

As a college student, he organized sit-ins against segregated lunch counters in Nashville, and in 1961 he joined the Freedom Rides against segregation at bus terminals across the South, according to his congressional website.

Rep. John Lewis views for the first time images of his 1963 arrest after leading a nonviolent sit-in at Nashville’s segregated lunch counters. This photo, converted to black and white, was taken after he was honored with the Nashville Public Library Literary Award on Nov. 19, 2016. (Photo by Rick Diamond/Getty Images)

Two years later, at age 23, he was the youngest speaker at the August 1963 March on Washington, where King gave his “I Have a Dream” speech.

“We march today for jobs and freedom, but we have nothing to be proud of,” Lewis told the sea of 250,000 people at the Lincoln Memorial. “For hundreds and thousands of our brothers are not here. For they are receiving starvation wages, or no wages at all. While we stand here, there are sharecroppers in the Delta of Mississippi who are out in the fields working for less than $3 a day, 12 hours a day. … We are tired. We are tired of being beaten by policemen. We are tired of seeing our people locked up in jail over and over again. …

“We want our freedom and we want it now,” he continued. “We do not want to go to jail. But we will go to jail if this is the price we must pay for love, brotherhood, and true peace. I appeal to all of you to get into this great revolution that is sweeping this nation. Get in and stay in the streets of every city, every village and hamlet of this nation until true freedom comes. … By the force of our demands, our determination, and our numbers, we shall splinter the segregated South into a thousand pieces and put them together in the image of God and democracy. We must say: ‘Wake up America! Wake up!’ For we cannot stop, and we will not and cannot be patient.”

During the “Mississippi Burning” Freedom Summer the next year, he organized voter registration drives and community action programs.

Then as the 25-year-old head of the Student Nonviolent Coordinating Committee, Lewis helped lead some 600 people intending to march 54 miles from Selma to the Alabama capital Montgomery to press for voting rights for African Americans. As the demonstrators marched over the Edmund Pettus Bridge, state troopers ordered them to disperse within two minutes. In another minute and five seconds, the 150 police officers charged into the crowd on foot and on horses, firing tear gas and swinging bullwhips and clubs. The date, March 7, 1965, became known as Bloody Sunday. Among the 58 people treated for injuries was Lewis, who suffered a fractured skull after a trooper hit him with a billy club.

“I was hit in the head by a State Trooper,” Lewis recalled in a tweet 51 years later. “I thought I saw death. I thought I was going to die.”

He returned to the bridge for every commemoration of the attack, including a surprise appearance on March 1, 2020, despite being ailing. That march came two days before Alabama voted in one of the Super Tuesday presidential contests. “We must keep the faith, keep our eyes on the prize. We must go out and vote like we never, ever voted before,” Lewis exhorted the crowd, his voice still as powerful as his words.

“All these many years later, I don’t recall how I made it back across the bridge to the church,” he recalled on “Oprah’s Master Class.” “I do recall being in the church. They asked me to say something to the audience, and I stood up and said something like ‘I don’t understand it how President Johnson can send troops to Vietnam and cannot send troops to Selma, Alabama, to protect people whose only desire is to register to vote.'”

Five months after Bloody Sunday, President Lyndon Johnson signed the Voting Rights Act into law on Aug. 6, 1965, with Lewis and King among those at the signing ceremony. Lewis framed one of the pens Johnson used and hung it on a wall in his living room.

After leaving SNCC in 1966, Lewis became director of the Voter Education Project, which helped 4 million people register to vote. Eleven years later, he lost a bid to succeed Andrew Young to represent Georgia’s 5th Congressional District and was named by President Jimmy Carter to head a federal volunteer agency, ACTION.

Lewis was elected to the Atlanta City Council in 1981 and to the U.S. House in 1986. Two months before that election, he won a bitter fight in the Democratic primary runoff against Julian Bond, who had been SNCC’s communications director when Lewis headed the organization. During the campaign, Bond had been accused of using cocaine. Lewis took a blood test and challenged Bond to do so, but he refused, accusing Lewis of ”McCarthyism and demagoguery.”

In Congress, Lewis fought for liberal causes. He dissented against President Bill Clinton’s tightening of rules for welfare benefits in 1996.

“How can any person of faith, of conscience vote for a bill that puts a million more kids into poverty? Where is the compassion, where is the sense of decency, where is the heart of this Congress?” Lewis asked during the debate. “What does it profit a great nation to conquer the world, only to lose its soul?”

He opposed the 1991 and 2003 Gulf Wars. He boycotted the 2001 inauguration of President George W. Bush because he didn’t believe Bush had won the disputed “hanging chad” election against Al Gore. He was arrested several times at embassy protests, and the 2016 sit-in he led in the House demanded action on gun control after the Orlando, Florida, nightclub massacre.

“My philosophy is very simple: When you see something that is not right, not fair, not just, you have to stand up and just say something, you have to do something,” he said on StoryCorps. “I got into good trouble, necessary trouble. Even today, I tell people, ‘We need to get in good trouble.'”

Through it all, he stood by nonviolent solutions to the nation’s problems and maintained hope for a better world.

“Rioting, looting, and burning is not the way,” he tweeted during the demonstrations days after Floyd’s death. “Be constructive, not destructive.”

“In these days that seem to be so dark, I think the spirit of history is still leading us and guiding us,” Lewis told opinion writer Renkl during a 2016 trip to Nashville. “Call it what you may, but I believe that somehow, in some way, good is going to prevail. And out of some of the darkest hours, there will be daybreak. There will be light. And we will get there. You have to believe it. You have to believe in your guts that it’s going to be OK.” 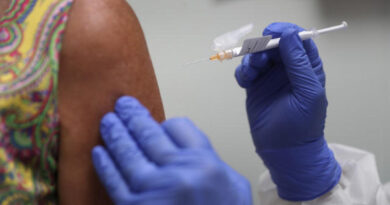 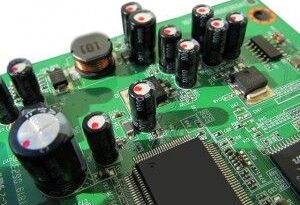 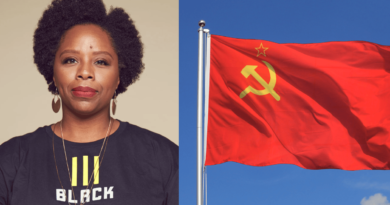 Black Lives Matter Founder Admits ‘We Are Trained Marxists,’ Goal Is To ‘Get Trump Out’