Hollywood star Robert De Niro launched yet another deranged attack on President Donald Trump this week, this time calling him a “criminal” who will turn America into a fascist country if he wins again.

“[Trump is] a criminal who will stop at nothing [and] do anything to win,” said De Niro. “We have to win it. Everybody has to join. We have to speak out and win this fight, period. We can’t let this go further. If [he gets] another four years, we’re into fascism, American-style, period.”

Not stopping there, the actor claimed that Trump’s re-election would cause “irreparable damage” to America because the world would think its voters are “crazy.”

“It’s unimaginable what will happen [if Trump is re-elected],” De Niro explained. “We would survive but it would be irreparable damage. In some ways now there’s irreparable damage because the world looks at us like we’re crazy, allowing this crazy person and administration and enablers [to lead].”

“We have to vote him out of office and even then it’s going to be a problem,” he added. “This guy is something we don’t understand, and a lot of people don’t understand. His logic, his mindset, it’s scary.”

“It’s like they say it’s a ‘cult,’ and it is,” De Niro said. “And they don’t care what this person does. But they will care when they are directly affected by his behavior and the behavior of his enablers.”

This is far from the first time that De Niro has attacked Trump. Back in June, The Irishman star said that he was “certainly looking forward” to Trump being in prison.

READ NEXT: Robert De Niro Says He Is ‘Certainly Looking Forward To’ President Trump Being In Prison

This piece was written by James Samson on September 26, 2020. It originally appeared in LifeZette and is used by permission. 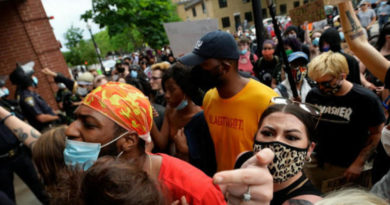 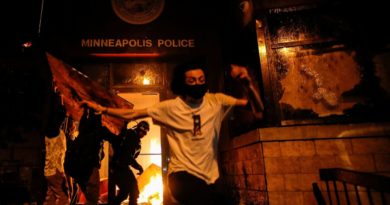