Joseph Louis joins others in a protest asking the state of Florida to fix its unemployment system on May 22, 2020 in Miami Beach, Florida.

One generous proposal on Capitol Hill could put as much as $10,000 per month into American families’ hands to help them weather the coronavirus pandemic.

In some ways, it’s a nod to universal basic income, the concept of indefinitely providing people with a guaranteed amount of money per month. But the plan calls for providing the financial relief for only as long as the pandemic lasts.

More from Invest in You:
Private equity investments could be on tap for your 401(k)
This is what happens to your 401(k) when you’re laid off
Coronavirus pandemic is a ‘defining moment’ for Gen Z

This week, Harris accepted a Change.org petition signed by 1.2 million individuals in support of the idea. The senator said she plans to circulate the petition in a “Dear Colleague” letter with other Capitol Hill lawmakers.

The bill is just one proposal that has been floated to help cover Americans’ expenses and get them back on their feet amid a widespread economic shutdown. But some critics say it would be too expensive.

Harris addressed the high level of spending the proposal would require this week in a webcast hosted by The Appeal, a news website.

“One of the things, first of all, that I find tiring is those who want to suggest, ‘Oh, this is a lot of money,’ when they’re the same people who passed a tax bill benefiting the top 1% and the biggest corporations of America and are going to cause us to face a $1 trillion deficit as a result of it,” Harris said.

The idea of giving Americans a steady monthly income is not a new one.

The idea was included in Andrew Yang’s presidential campaign, and is a strategy he continues to push.

“Our problems have accelerated, where we’ve experienced 10 years’ worth of displacement in 10 weeks,” Yang said in an appearance during The Appeal’s webcast. “But we have a real chance here to alleviate poverty.”

Many people were already struggling to pay their bills before the coronavirus pandemic hit, noted Elaine Maag, senior research associate at the Urban Institute. Research from the Federal Reserve has shown that many Americans would be thrown off by an unexpected $400 expense.

Some features of the new Senate plan could help address those problems, Maag said.

The bill includes people who are both low- and middle-income, applies to everyone living in the U.S. and could give people more confidence that the government is there to support them.

“The notion that we could have our economy collapse or put on pause and not cause great harm is just not imaginable,” Maag said. “It makes sense to me that the government would step in with some program to try to provide for people’s basic needs.”

But the Democratic lawmakers might have a difficult time passing it, as there is not “a lot of enthusiasm from their colleagues on the right,” Maag said.

People lined up in cars to receive items through a food distribution drive hosted by local organizations in Cumru, Pennsylvania on May 30.

One reason for that could be that the plan is perceived as too generous.

“It’s just an order of magnitude that for many households is not called for in the current situation,” said Shai Akabas, director of economic policy at the Bipartisan Policy Center.

Those making $120,000 or less account for 90% of workers, said Melissa S. Kearney, professor of economics at the University of Maryland. “That’s not really targeted,” she said.

Meanwhile, recent Federal Reserve data have shown that 40% of people with less than $40,000 in income have lost jobs during the pandemic.

We need to be targeting the money.

professor of economics at the University of Maryland

“I think that bolsters the case that we should be targeting cash resources to lower-income households,” Kearney said.

One idea, she said, would be to send households making less than $50,000 a $4,000 payment, with phase-outs for incomes on the cusp of that threshold.

That would have a higher chance of helping families who can no longer afford rent or groceries, rather than those who can no longer pay for certain luxuries, Kearney said. “We need to be targeting the money,” she said.

Other proposals that lawmakers are also considering include sending Americans another round of $1,200 checks or extending the extra $600 per week in unemployment benefits into next January.

Disclosure: NBCUniversal and Comcast Ventures are investors in Acorns. 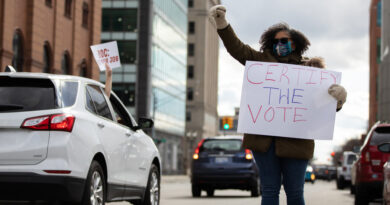 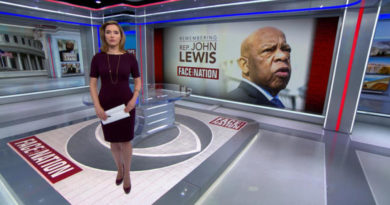 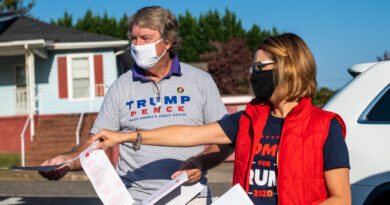