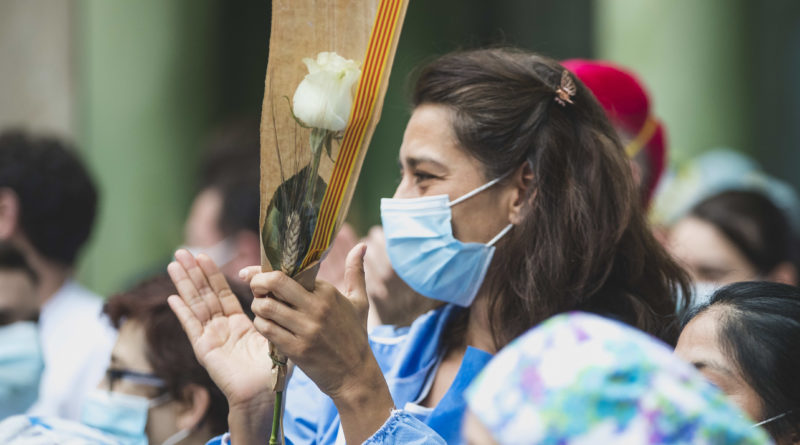 This is CNBC’s live blog covering all the latest news on the coronavirus outbreak. This blog will be updated throughout the day as the news breaks.

The data above was compiled by Johns Hopkins University as of 12:32 p.m. Beijing time.

All times below are in Beijing time.

Health workers at Hospital Clinic applaud at 8p.m. during the coronavirus pandemic on April 22, 2020 in Barcelona, Spain.

Spain’s daily coronavirus death toll was 82 on Sunday, down from 102 on Saturday, the country’s health ministry said, making it the first time the death count dropped to single digits in two months. Spain began lifting lockdown restrictions for a majority of the country in early May as part of a phased reopening process.

Spain’s total fatalities are now at 27,650, while confirmed cases increased by less than 1000 over the 24 hour period to 231,350 from 230,698. Spain remains in the top five hardest-hit countries globally in terms of coronavirus cases and deaths. — Natasha Turak

The country also reported 59 new deaths from the virus, taking its death toll to 1,148. The southeast Asian state of 267 million has tested 140,473  people so far, according to its health ministry. — Natasha Turak

Russia, home to the second-highest volume of confirmed coronavirus cases worldwide, counted 9,709 new cases on Sunday, in a rise of more than 500 from the previous day’s new infection count of 9,200.

The country’s coronavirus task force reported its overall infection number at 281,752. It announced 94 additional deaths from the virus over the last 24 hours, bringing the total death count to 2,631. — Natasha Turak

Germany confirmed another 583 Covid-19 cases, which brings its tally to 174,355, according to the latest data by Robert Koch Institute, a federal government agency responsible for disease monitoring and prevention.

India’s confirmed coronavirus cases totaled 90,927 after it reported another 4,987 new infections, according to the latest data by the Ministry of Health and Family Welfare. India now has the highest number of cumulative confirmed cases after overtaking China on Saturday.

A municipal worker walks past a graffiti of a youth wearing a face mask on May 4, 2020 in Mumbai, India amid a nationwide lockdown to fight against the coronavirus outbreak.

Despite the continued jump in cases and deaths, India is expected to ease some lockdown measures starting Monday. The country’s nationwide lockdown started in late March and has since been extended twice. — Yen Nee Lee

Thailand eased restrictions further this weekend by allowing more businesses and activities to resume, including department stores, restaurants and some sporting facilities.

The government also shortened the nationwide curfew by one hour. The nighttime curfew will now run from 11 p.m. — instead of 10 p.m. previously — until 4 a.m. the next day.

But other businesses and activities such as cinemas and amusement parks remain closed, while the Civil Aviation Authority of Thailand extended its ban on all international passengers into the country until the end of June.

The number of new daily cases in Thailand has slowed to a trickle this month. As of Saturday, the Southeast Asian country has reported 3,025 confirmed infections and 56 deaths, according to the Department of Disease Control. — Yen Nee Lee

South Korea reported 13 new confirmed coronavirus cases, bringing its tally to 11,050, according to the latest data by the Korea Centers for Disease Control and Prevention.

Of those, five cases were detected in Seoul, where a new cluster of infections linked to several nightclubs and bars was recently found. Authorities have been tracking down the roughly 5,500 people that visited the affected nightlife spots between April 24 and May 6 — more than a thousand of them still out of contact, according to Yonhap News Agency.

The number of coronavirus-related deaths in South Korea remained at 262 after KCDC reported no additional fatalities in the past day. — Yen Nee Lee

Mexico’s health ministry said there were another 278 coronavirus-related fatalities, taking the country’s death toll to 5,045 since the outbreak, reported Reuters.

Mexico’s Covid-19 death rate is higher compared to the global average because pre-existing medical conditions such as diabetes, hybertension and obesity are more widespread among the population, according to the report.

China’s National Health Commission said there were five new coronavirus cases in the past day. Two of those cases were “imported,” while the remaining three were detected in the northeastern province of Jilin, said NHC.

That brings the total number of confirmed cases in mainland China to 82,947, according to the commission. The country’s death toll remained at 4,634, said NHC.

Jilin province has experienced a resurgence in cases. Last week, Shulan — a city in the province — reported new cases for the first time in more than 70 days. That prompted authorities to reinstate some restrictions, such as closing sporting facilities and libraries, and halting some train services. — Yen Nee Lee

9:05 am: Brazil surpasses Spain and Italy in total confirmed cases

Brazil’s total confirmed cases of the coronavirus disease surpassed that of Spain and Italy to become the fourth largest in the world, according to data compiled by Johns Hopkins University.

Brazil now has 233,142 in cumulative confirmed cases after adding 14,919 new infections in the last 24 hours, reported Reuters, citing the country’s health ministry. Only the U.S., Russia and the U.K. have reported higher numbers of confirmed infections compared to Brazil, Hopkins data showed.

Reuters also reported that the death toll in Brazil rose to 15,633 — 816 more than the previous day. — Yen Nee Lee 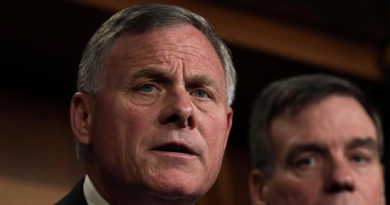 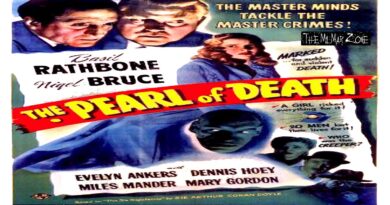 The Pearl of Death 1944 — A Mystery / Crime Movie Trailer