The early session came following a choppy session a day earlier. Both the S&P 500 and Nasdaq erased closed lower during Monday’s regular session, though each had advanced strongly earlier in the day, driven in part by hopes of a Covid-19 vaccine from Pfizer and BioNTech. The Dow closed higher, with a 4% rise in shares of Pfizer buoying the index.

More roll-backs of reopening plans put a damper on the risk rally for the broader market. California Governor Gavin Newsom on Monday ordered that all counties across the state re-close indoor operations at businesses including restaurants, bars, movie theaters and museums. And earlier, the state’s two largest public school districts announced all instruction would be remote-only in the fall.

Coronavirus cases marched higher elsewhere in the South and West as well. New cases in Florida rose by more than 12,000 as of Monday, a day after the state reported a record 15,300 new Covid-19 cases for the highest one-day total of any US state so far during the pandemic.

Still, at least some market strategists remained upbeat on the direction of the stock market for the rest of the year, with stocks largely pushing up despite the unpredictability of the pandemic with government stimulus in focus. Before fading into market close, the S&P 500 had briefly erased its year-to-date losses, and the Nasdaq hit yet another record intraday high.

“We are maintaining our ‘glass half-full orientation,’ believing that equities will trend higher into year-end. Stocks are buoyed by non-problematic inflation and low interest rates – which provide valuation support and the basis for some multiple expansion – massive monetary and fiscal stimulus programs and progress toward Covid-19 treatment and prevention solutions,” Terry Sandven, US Bank Wealth Management chief equity strategist, wrote in a note Monday.

“In the near term, equities are navigating through a ‘zone of uncertainty,’ because earnings visibility remains elusive and fresh spikes of Covid-19 are occurring in the majority of US states, delaying and even rolling back economic reopening,” Sandven said, adding he expects “heightened volatility” to persist.

Next week, lawmakers are reportedly set to begin hammering out the details of another stimulus package, once senators return to Washington, D.C. next week following a recess. White House economic adviser Larry Kudlow told Fox Business on Monday he could “conclusively” confirm that another stimulus relief package set to occur, due to ongoing uncertainty and strain for individuals and businesses in the face of the pandemic.

Wells Fargo swung to a loss in the second quarter for the first time since 2008, with record loan-loss provisions weighing heavily on the consumer-focused bank. Its second-quarter net loss of $2.4 billion compared with net income of $6.2 billion last year.

“We are extremely disappointed in both our second quarter results and our intent to reduce our dividend,” CEO Charlie Scharf said in a statement. “Our view of the length and severity of the economic downturn has deteriorated considerably from the assumptions used last quarter, which drove the $8.4 billion addition to our credit loss reserve in the second quarter.”

Wells Fargo said it expects to cut its quarterly dividend to 10 cents per share, from the 51 cents a share previously. The bank previously announced its intent to cut its dividend after the results of the Federal Reserve’s stress test at the end of June, which included restrictions on the amount of capital that banks could return to shareholders. Other major banks like Goldman Sachs and Morgan Stanley, in contrast, had signaled they were going to maintain their dividends at previous levels.

Citigroup posted better than expected results on the top and bottom line during the fiscal second quarter, even as the company’s credit reserve build grew more than expected due to the pandemic. Citigroup’s second-quarter total cost of credit was $7.9 billion, versus the about $7.7 billion anticipated.

“While credit costs weighed down our net income, our overall business performance was strong during the quarter, and we have been able to navigate the COVID-19 pandemic reasonably well,” CEO Michael Corbat said in as statement. “The Institutional Clients Group had an exceptional quarter, marked by an increase in Fixed Income of 68%. Global Consumer Banking revenues were down as spending slowed significantly due to the pandemic.”

8:31 a.m. ET: Consumer Price Index jumps by the most in 8 years as gasoline prices rise

An index tracking consumer changes rose by the most in June on a month over month basis since 2012 as gasoline costs rebounded strongly from earlier this year.

The Labor Department’s Consumer Price Index (CPI) rose 0.6% over last month for its first increase in four months, rising faster than the 0.5% expected. Gas prices were up 12.3% to comprise more than half the gain in the headline index, and energy prices as a whole rose 5.1%.

The core CPI, which excludes food and energy costs, rose 0.2% in June over last month following a 0.1% decline in May.

Delta Air Lines (DAL) posted a 91% slide in adjusted revenue to $1.2 billion during the fiscal second-quarter and an adjusted pre-tax loss of $3.9 billion, with both metrics missing consensus expectations. The weak quarter “illustrates the truly staggering impact of the COVID-19 pandemic on our business,” CEO Ed Bastian said in a statement Tuesday morning.

The company’s passenger revenue sank 94% as Delta slashed capacity by 85% during the quarter. Passenger revenue per available seat mile – a closely watched metric for airlines – sank 60%, or more steeply than the 47% drop anticipated.

Still, Delta brought down its average daily cash burn to $27 million in June from more than $100 million in late March, helped in part after the company parked more than 700 aircraft during the quarter.

JPMorgan Chase (JPM), the largest U.S. bank by assets, kicked off the second-quarter earnings season for big banks on Tuesday with better than expected top- and bottom-line results.

Adjusted earnings per share of $1.38 on adjusted revenue of revenue of $33.83 billion was better than the $1.05 per share on $30.4 billion in revenue anticipated. Markets revenue hit a record after surging 79% during the quarter, and this combined with corporate and investment banking activity “more than offset interest rate headwinds and reduced consumer activity,” the bank said in a statement.

Still, the second-quarter results reflected a 51% decline in net income during the quarter, driven by high credit costs as the bank steeled for the fallout from the coronavirus pandemic. Second-quarter credit costs of $10.5 billion grew by more than $9 billion over the same period last year, and included reserve builds of $8.9 billion largely due to Covid-19.

“Despite some recent positive macroeconomic data and significant, decisive government action, we still face much uncertainty regarding the future path of the economy. However, we are prepared for all eventualities as our fortress balance sheet allows us to remain a port in the storm,” CEO Jamie Dimon said in a statement.

Second-quarter earnings results for a slew of financial companies will be in focus Tuesday morning, with JPMorgan Chase (JPM), Citigroup (C), and Wells Fargo (WFC) set to report before market open.

The financials sector (XLF) has lagged in the S&P 500 for the year to date, slumping about 23.5% versus the broader market’s 2.3% decline through Monday’s close. Banks are expected to see their results impacted by the current low-rate environment, with the benchmark interest rate near 0%. And banks are also likely to have sustained further hits to their bottom-line results as credit costs increased, due to measures taken to grapple with the economic impact from the coronavirus pandemic. Many analysts believe loan-loss provisions will have climbed further after the first quarter.

Here’s what Wall Street expects some of the firms to report:

Later in the morning, market participants will also receive the Labor Department’s June Consumer Price Index (CPI) which is expected to show still-muted inflationary pressures amid the pandemic. Consensus economists expected headline CPI will have risen 0.5% following May’s 0.1% decline, with core CPI excluding volatile food and energy categories up an even more sanguine 0.1%.

“We have no argument with the FOMC’s [Federal Open Market Committee’s] view that the Covid crisis is a disinflationary event, but the run of three straight outright month-to-month declines in the core CPI likely came to an end in June,” Ian Shepherdson, Pantheon Macroeconomics chief economist, said in a note. “A meaningful rebound is not in prospect, though; we expect [Tuesday’s] report to show that the core index was unchanged last month.”

“Prices likely were flat or even up in the three key components responsible for the declines in March, April and May,” he said, adding that apparel, airline fare and lodging prices have already slowed considerably.

Here were the main moves at the start of the overnight session for U.S. equity futures, as of 6:05 p.m. ET:

For tutorials and information on investing and trading stocks, check out Cashay 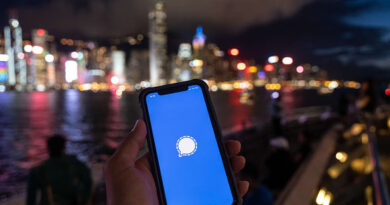 As Trump bans WeChat, some in China turn to encrypted messaging app Signal 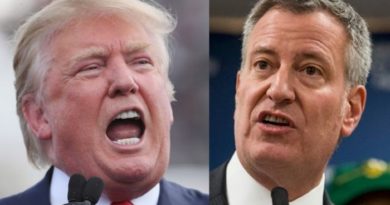 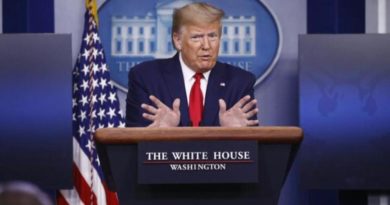 Trump pushes for schools to reopen as coronavirus deaths top 135,000