Asked about those who see it as a painful symbol of slavery, he said: “I know people that like the Confederate flag, and they’re not thinking about slavery.”

In a separate interview, with the conservative website Townhall.com, that was published on Tuesday, Mr. Trump falsely claimed that a white couple in St. Louis who confronted peaceful marchers outside their home with guns were on the verge of being attacked. “They were going to be beat up badly, and the house was going to be totally ransacked and probably burned down,” he said.

Video of the episode, which became a flash point in the national debate over racial inequality, showed that the protesters at no point physically threatened the couple.

Mr. Trump’s Rose Garden appearance had its share of false or misleading statements, as well. He complained once again that the rising cases of the coronavirus in the United States were really because of an increase in testing. “If we did half the testing, we’d have half the cases,” he said. He likewise brushed off the death toll of more than 136,000 by saying that he had saved as many as three million people by taking the actions he did.

But he was eager to take on Mr. Biden after weeks of trailing him by double digits in the polls, blaming the former vice president for everything from crumbling highways to closed factories. “Joe Biden is pushing a platform that would demolish the U.S. economy, totally demolish it,” Mr. Trump said.

Mr. Biden, he added, has moved so far to the left that he has “the most extreme platform of any major-party nominee by far in American history.” He cited Mr. Biden’s climate plan to reduce carbon emissions for new homes and offices by 2030. “That basically means no windows,” the president said. 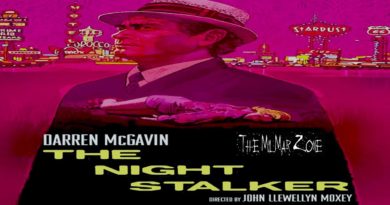 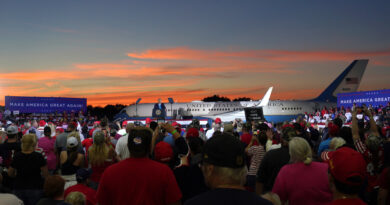 As Others Condemn Putin Critic’s Poisoning, Trump Just Wants to ‘Get Along’