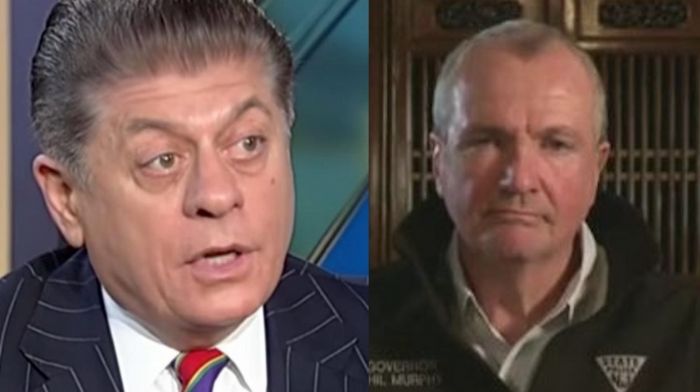 When Gov. Murphy was interviewed on Carlson’s program last week, he told the host he “wasn’t thinking of the Bill of Rights” when imposing heavy-handed social distancing measures in his state that included banning church gatherings.

“It absolutely wasn’t funny. It was deplorable, and if he meant it he has no business being the governor of a state.”

Discussing the widespread condemnation of the nationwide anti-social distancing measures protests by the mainstream media, Napolitano noted the irony of an institution that “could not exist in this country without the First Amendment” applauding it “being crushed because they disagree with the message of those who are being crushed.”

‘There is no pandemic exception to the Constitution’

Stunning moment on @TuckerCarlson interviewing @GovMurphy. When asked under what authority doe he have the power to nullify the Bill Of Rights? Actual answer: “That’s above my pay grade. I wasn’t thinking about the Bill Of Rights when we implemented these bans.” cc:@MattRooneyNJ

Napolitano questioned Murphy’s dedication to his constitutional oath he took upon being sworn. The Fox News personality noted that every politician has to take “the same oath” he did when he became a judge.

.@GovMurphy on @TuckerCarlson discusses his shutdown orders:”I wasn’t thinking of the Bill of Rights when we did this…” The Governor, who seems well-meaning, reconfirms there is little rhyme, reason, science, or constitutional basis behind draconian shutdowns over #coronavirus.

“Now he either thought that was funny or he was being serious,” said Napolitano. “It absolutely wasn’t funny. It was deplorable, and if he meant it he has no business being the governor of a state because it’s violating the oath he took when he became governor.” 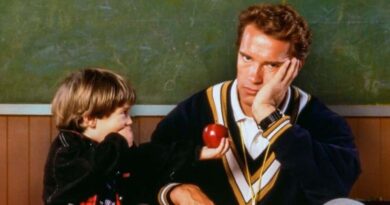 Schwarzenegger film criticized for ‘romanticizing over-policing,’ compared to ‘Birth of a Nation’ 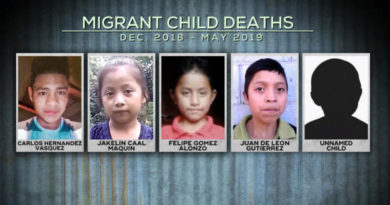 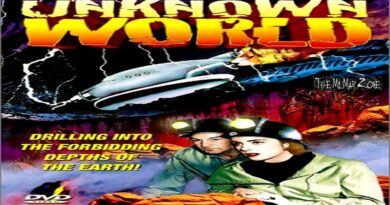