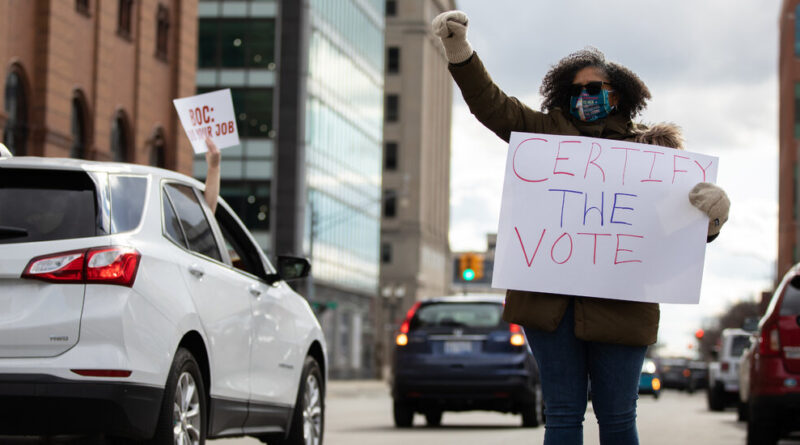 WASHINGTON — President Trump’s government on Monday authorized President-elect Joseph R. Biden Jr. to begin a formal transition process after Michigan certified Mr. Biden as its winner, a strong sign that the president’s last-ditch bid to overturn the results of the election was coming to an end.

Mr. Trump did not concede, and vowed to persist with efforts to change the vote, which have so far proved fruitless. But the president said on Twitter on Monday night that he accepted the decision by Emily W. Murphy, the administrator of the General Services Administration, to allow a transition to proceed.

In his tweet, Mr. Trump said that he had told his officials to begin “initial protocols” involving the handoff to Mr. Biden “in the best interest of our country,” even though he had spent weeks trying to subvert a free and fair election with false claims of fraud. Hours later, he tried to play down the significance of Ms. Murphy’s action, tweeting that it was simply “preliminarily work with the Dems” that would not stop efforts to change the election results.

Still, Ms. Murphy’s designation of Mr. Biden as the apparent victor provides the incoming administration with federal funds and resources and clears the way for the president-elect’s advisers to coordinate with Trump administration officials.

The decision from Ms. Murphy came after several additional senior Republican lawmakers, as well as leading figures from business and world affairs, denounced the delay in allowing the peaceful transfer of power to begin, a holdup that Mr. Biden and his top aides said was threatening national security and the ability of the incoming administration to effectively plan for combating the coronavirus pandemic.

And it followed a key court decision in Pennsylvania, where the state’s Supreme Court on Monday ruled against the Trump campaign and the president’s Republican allies, stating that roughly 8,000 ballots with signature or date irregularities must be counted.

In Michigan, the statewide canvassing board, with two Republicans and two Democrats, voted 3 to 0 to approve the results, with one Republican abstaining. It officially delivered to Mr. Biden a key battleground that Mr. Trump had wrested away from Democrats four years ago, and rebuffed the president’s legal and political efforts to overturn the results.

By Monday evening, as Mr. Biden moved ahead with plans to fill out his cabinet, broad sectors of the nation had delivered a blunt message to a defeated president: His campaign to stay in the White House and subvert the election, unrealistic from the start, was nearing the end.

Ms. Murphy said she made her decision on Monday because of “recent developments involving legal challenges and certifications of election results,” most likely referring to the certification of votes by election officials in Michigan and a nearly unbroken string of court decisions that have rejected Mr. Trump’s challenges in several states.

In a statement, Yohannes Abraham, the executive director of Mr. Biden’s transition, said that Ms. Murphy’s decision was “a needed step to begin tackling the challenges facing our nation.”

He added that aides to Mr. Biden would soon begin meeting with Trump administration officials “to discuss the pandemic response, have a full accounting of our national security interests, and gain complete understanding of the Trump administration’s efforts to hollow out government agencies.”

Mr. Trump had been resisting any move toward a transition. But in conversations in recent days that intensified Monday morning, top aides — including Mark Meadows, the White House chief of staff; Pat A. Cipollone, the White House counsel; and Jay Sekulow, the president’s personal lawyer — told the president the transition needed to begin. He did not need to say the word “concede,” they told him, according to multiple people briefed on the discussions.

Mr. Trump continued to solicit opinions from associates, including Rudolph W. Giuliani, who told him there were still legal avenues to pursue, the people said.

Some of the advisers drafted a statement for the president to issue. In the end, Mr. Trump did not put one out, but aides said the tone was similar to his tweets in the evening, in which he appeared to take credit for Ms. Murphy’s decision to allow the transition to begin.

“Our case STRONGLY continues, we will keep up the good fight, and I believe we will prevail!” he wrote. “Nevertheless, in the best interest of our Country, I am recommending that Emily and her team do what needs to be done with regard to initial protocols, and have told my team to do the same.”

In a letter to Mr. Biden, which was first reported by CNN, Ms. Murphy rebutted Mr. Trump’s assertion that he had directed her to make the decision, saying that “I came to my decision independently, based on the law and available facts.” She said she was “never directly or indirectly pressured by any executive branch official — including those who work at the White House or the G.S.A.”

“I do not think that an agency charged with improving federal procurement and property management should place itself above the constitutionally-based election process,” she wrote, defending her delay by saying that she did not want to get ahead of the constitutional process of counting votes and picking a president.

Her letter appeared designed not to antagonize Mr. Trump and his supporters. In it, she did not describe Mr. Biden as the president-elect even as she said the transition could begin.

One associate with knowledge of Ms. Murphy’s thinking said that she always anticipated signing off on the transition but that she needed a defensible rationale to do so in the absence of a concession from Mr. Trump; the recent pro-Biden developments in Michigan and Pennsylvania, as well as Georgia, which certified Mr. Biden’s win there last Friday, provided a clear justification for moving ahead.

That decision was part of a cascade of events over the last several days that appeared to signal the end of Mr. Trump’s attempts to resist the will of the voters.

Large counties in Pennsylvania were formalizing Mr. Biden’s victory in the state. And in a major break with the president, General Motors announced it would no longer back the administration’s efforts to nullify California’s fuel economy rules.

On Capitol Hill, most of Mr. Trump’s Republican allies had stood by his side for the past two weeks as he tried to overturn Mr. Biden’s victory. But on Monday, some of the Senate’s most senior Republicans sharply urged Ms. Murphy to allow the transition to proceed.

Senator Lamar Alexander of Tennessee, who is retiring, issued his second call in recent days for a prompt transition.

“Since it seems apparent that Joe Biden will be the president-elect, my hope is that President Trump will take pride in his considerable accomplishments, put the country first and have a prompt and orderly transition to help the new administration succeed,” said Mr. Alexander, a close friend of Senator Mitch McConnell, Republican of Kentucky and the majority leader. “When you are in public life, people remember the last thing you do.”

The pressure on Mr. Trump extended beyond the political sphere. More than 100 business leaders sent a letter to the administration on Monday asking it to facilitate a transition, and a group of Republican national security experts implored Republican members of Congress to demand that Mr. Trump concede.

One of the president’s staunchest supporters, Stephen A. Schwarzman, the chief executive of the private equity firm Blackstone, did not sign the business leaders’ letter but said in a statement that “the outcome is very certain today and the country should move on.”

But the most dramatic evidence that Mr. Trump’s efforts to challenge the election were fading on Monday came in Michigan, where days of speculation about the certification of the state’s vote ended with the 3-0 vote by the canvassing board. It came after several hours of comments from local clerks, elected officials and the public, most of whom said that the board’s only legal role was to certify the results of the election, not to audit them.

As the meeting wore on, it became clear that one Republican member of the canvassing board, Aaron Van Langevelde, was leaning toward certifying. He asked multiple times if the board had the legal authority to do anything else.

The other Republican on the board, Norm Shinkle, abstained from the vote.

Jocelyn Benson, the Democratic secretary of state in Michigan, said in a statement that “democracy has prevailed” against “an unprecedented attack on its integrity.” She said the state would now begin procedures, including a risk-limiting audit, to further affirm the integrity of the election.

Another crucial swing state, Pennsylvania, was also moving toward cementing results on Monday, with multiple counties certifying the vote counts, despite some scattered efforts by local Republicans to halt the process. Mr. Biden won Pennsylvania by about 80,000 votes.

In Allegheny County, the state’s second-largest county and home to Pittsburgh, the county board voted 2 to 1 to certify the results. And in Philadelphia, the largest county, the city commissioners certified the results on Monday night after the state’s Supreme Court rejected a Republican request to disqualify the 8,000 absentee ballots.

Pennsylvania law dictates that counties must certify their votes by the third Monday after the election, but there is no real penalty for missing the deadline.

Statewide results will not be officially certified until all counties report, after which the process will move to Secretary of State Kathy Boockvar and then to Gov. Tom Wolf for the final signature and awarding of electors. Both officials are Democrats.

Despite the counties’ certifications on Monday, the Trump campaign filed an emergency appeal to the U.S. Court of Appeals for the Third Circuit, seeking to halt statewide certification.

Still, the Trump campaign’s legal challenges, led by Mr. Giuliani, have been so unsuccessful and widely mocked that the president acknowledged to advisers that the former New York City mayor’s appearances had become a debacle.

By late Monday, Mr. Biden’s team had already taken its first steps toward a more formal transition, moving its website, buildbackbetter.com, to its new home on government servers made possible by Ms. Murphy’s decision: Buildbackbetter.gov. 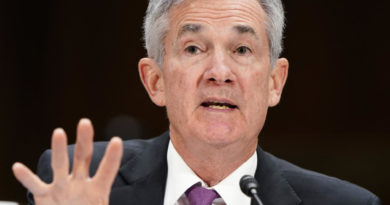 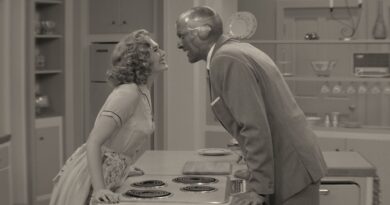 Here’s your guide to all of the Easter eggs in the first two episodes [spoilers!]