President Trump announced on Wednesday a list of potential solid conservative picks for Supreme Court nominees for his second term.

The list includes some names from previously-released list, as well as some surprises that will have Republicans hooting and cheering.

Speaking from the Diplomatic Reception Room of the White House, President Trump announced the list of Supreme Court picks, which included Senators Ted Cruz, Tom Cotton, and Josh Hawley. The full list was as follows:

President Trump went on to slam Joe Biden for not releasing any of his potential Supreme Court picks, claiming they would be “so far left” that they wouldn’t be able to withstand congressional scrutiny. He warned of the danger of any of these Democrat picks then being appointed to the Supreme Court.

“If this extreme movement is granted a majority on the Supreme Court, it will fundamentally transform America without a single vote of Congress,” he said. “Radical justices will erase the Second Amendment, silence political speech and require taxpayers to fund extremely late-term abortion.”

“It will give unelected bureaucrats the power to destroy millions of American jobs. They will remove the words under God from the Pledge of Allegiance. They will unilaterally declare the death penalty unconstitutional, even for the most depraved mass murderers,” President Trump continued.

Cotton: I Will Always Heed The Call Of Service To Our Nation”

Responding to the news, Senator Tom Cotton said that he was honored to be considered by the President, and that he will “always heed the call of service to our nation.”

I’m honored that President Trump asked me to consider serving on the Supreme Court and I’m grateful for his confidence. I will always heed the call of service to our nation. https://t.co/fD10iVx952

Ted Cruz was similarly “humbled” by the announcement. “The High Court plays a unique role in defending our Constitution, and there is no greater responsibility in public service than to support and defend the Constitution of the United States,” Cruz said in a statement.

However, Senator Josh Hawley said that while he appreciated the “confidence” that the President had placed in him, “Missourians elected me to fight for them in the Senate, and I have no interest in the high court.” Despite this, he added that he was looking forward to “confirming constitutional conservatives.”

I appreciate the President’s confidence in listing me as a potential Supreme Court nominee. But as I told the President, Missourians elected me to fight for them in the Senate, and I have no interest in the high court. I look forward to confirming constitutional conservatives

A Conservative Supreme Court Is Within Reach

Here we have yet another strong reason to vote for President Trump in November. While he didn’t explicitly say it, I think we can be pretty sure that the next Supreme Court Justice to go will be one Ruth Bader-Ginsburg. Can you imagine replacing one of the staunchest liberal voices on the court with any of the amazing conservative names on the list?

If you think the liberal tears were delicious in 2016, just think of how salty they will be if that happens! 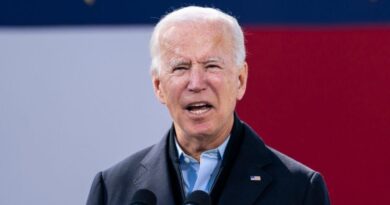 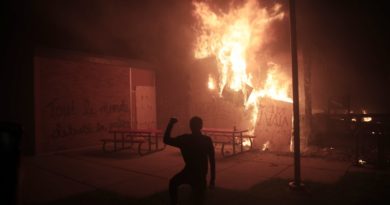 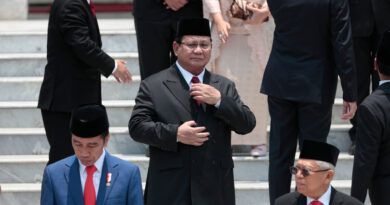