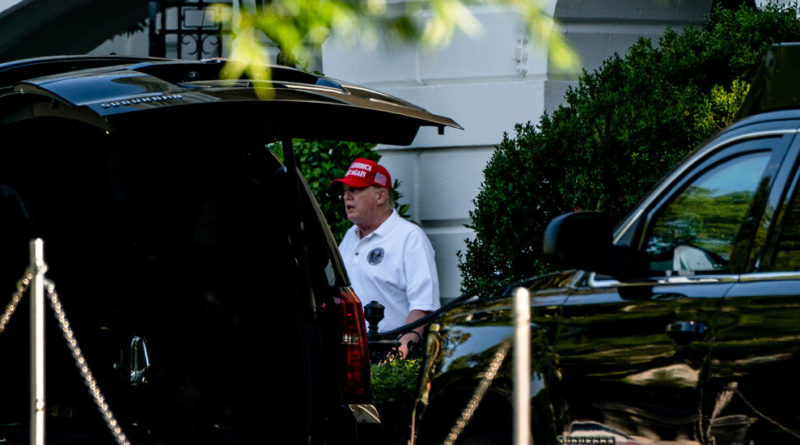 WASHINGTON — The Republican governor of Georgia said that the country will “never be the same” without Representative John Lewis, who died Friday at age 80. The Democratic speaker of the house called Mr. Lewis “a titan of the civil rights movement.” The House minority leader said that Mr. Lewis “never stopped working to improve the lives of others.”

As the bipartisan tributes to Mr. Lewis’s legacy began flowing late Friday evening and Saturday morning, President Trump opted to retweet a flurry of his older posts on Twitter largely focused on disparaging his enemies.

On Saturday afternoon, after issuing a boilerplate proclamation for flags to be flown Saturday at half-staff at the White House and public buildings, Mr. Trump published a perfunctory message on the passing of one of his most prominent critics.

“Saddened to hear the news of civil rights hero John Lewis passing,” Mr. Trump wrote on Twitter after finishing a game of golf. “Melania and I send our prayers to he and his family.”

Given their tense history, how Mr. Trump would comment on Mr. Lewis’s passing was an open question. Shortly before Mr. Trump posted his tweet about Mr. Lewis’s death, Representative Karen Bass, Democrat of California, urged the president to not comment at all.

“@realDonaldTrump While the nation mourns the passing of a national hero, please say nothing,” Ms. Bass tweeted. “Please don’t comment on the life of Congressman Lewis. Your press secretary released a statement, leave it at that. Please let us mourn in peace.”

The two men have been at odds since before Mr. Trump’s inauguration, when Mr. Lewis questioned the legitimacy of Mr. Trump’s election and said he would not be in attendance when the president-elect traveled to the Capitol to be sworn in.

“I think the Russians participated in helping this man get elected,” Mr. Lewis said in a television interview days before Mr. Trump took office. “And they helped destroy the candidacy of Hillary Clinton. I don’t plan to attend the inauguration. It will be the first one that I miss since I’ve been in the Congress. You cannot be at home with something that you feel that is wrong, is not right.”

But Mr. Trump, an avid follower of his own news coverage, returned fire the next day, accusing Mr. Lewis of “falsely complaining about the election results” and questioning his leadership.

“Congressman John Lewis should spend more time on fixing and helping his district, which is in horrible shape and falling apart (not to mention crime infested) rather than falsely complaining about the election results,” Mr. Trump wrote on Twitter. “All talk, talk, talk – no action or results. Sad!”

The president-elect’s comments about Mr. Lewis resulted in a torrent of messages from people who lived in Georgia’s Fifth Congressional District, which is majority African-American and home to wealthy areas like Buckhead, as well as the world’s busiest airport and the Centers for Disease Control and Prevention. Apparently still smarting from the snub, Mr. Trump followed up three days later, pointing out on Twitter that Mr. Lewis had also boycotted President George W. Bush’s inauguration.

Mr. Lewis, a Georgia Democrat and son of sharecroppers, dedicated most of his life to fighting for racial equality, whether it was helping to organize the March on Washington in 1963 or supporting protesters calling for justice for George Floyd, who died in police custody in May. He was one of the original Freedom Riders, a group of activists who traveled throughout the American South to protest segregated buses and terminals.

On a march in Selma in 1965, he was beaten by police officers who left scars that would be visible for the rest of Mr. Lewis’s life. And he had little good to say about Mr. Trump’s views on race.

As protests roiled over the death of Mr. Floyd, a Black man in Minneapolis who died after being pinned under the knee of a white police officer, Mr. Lewis criticized Mr. Trump, who has threatened military action against peaceful protesters and encouraged police officers to be harsher on civilians.

“You cannot stop the call of history,” Mr. Lewis said last month, criticizing Mr. Trump’s enthusiasm for militarizing American cities. “You may use troopers, you may use fire hoses and water, but it cannot be stopped. There cannot be any turning back. We’ve come too far, made too much progress, to stop now or to go back. The world is seeing what is happening, and we are ready to continue to move forward.”

Mr. Lewis, whose colleagues called him “the conscience of Congress,” continued to be an outspoken voice against the administration. In 2018, he said that Mr. Trump was a racist when the president was reported to have referred to Haiti and some African nations as “shithole countries,” and again when Mr. Trump said on Twitter that four Democratic congresswomen of color should “go back” to their home countries.

When the House voted to impeach Mr. Trump in December 2019, Mr. Lewis, as he often did, framed the decision as a historical one.

“When you see something that is not right, not just, not fair, you have a moral obligation to say something,” Mr. Lewis said on the House floor. “To do something. Our children and their children will ask us, ‘What did you do? What did you say?’ For some, this vote may be hard. But we have a mission and a mandate to be on the right side of history.”

The president has a history of ignoring, or even attacking, the legacies of his political foes. In 2018, Mr. Trump’s White House was harshly criticized for initially flying the American flag only briefly at half-staff after the death of Senator John McCain, the Republican of Arizona, who was another vocal critic. 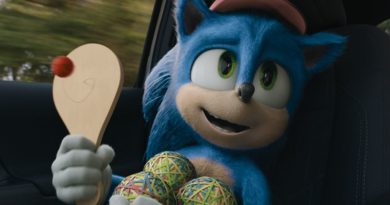