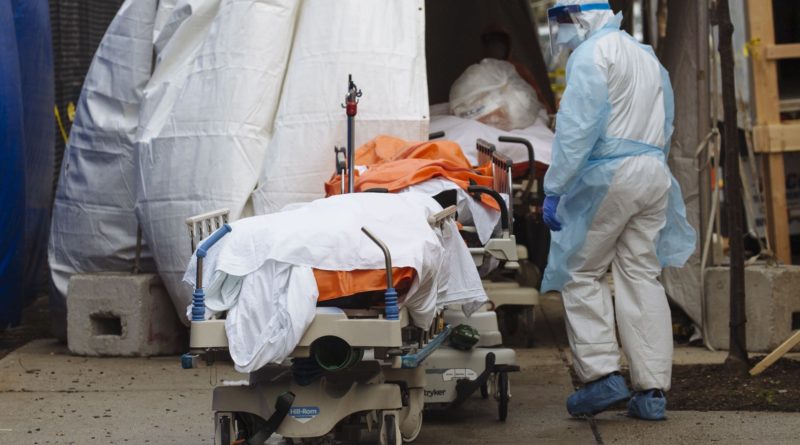 The U.K. became the fifth country with more than 20,OOO coronavirus deaths. Global cases surpassed 2.8 million, with the U.S. now accounting for more than a quarter of all fatalities after topping 50,000.

There’s no evidence that having Covid-19 protects patients from a second infection, the World Health Organization said, questioning possible plans in some places for so-called immunity passports.

The U.K. became the fifth country to record more than 20,000 deaths from the coronavirus, following the U.S., Italy, Spain and France.

It reported 813 deaths on Saturday, bringing the total to 20,319. More than 148,000 have tested positive, according to figures released by the Department of Health and Social Care on Saturday.

German Chancellor Angela Merkel called on the European Union to use planned stimulus spending to reduce dependence on global supply chains, including for key items such as face masks.

Investment should strengthen “strategic capabilities Europe needs so it isn’t dependent on countries outside the European Union in important matters — mask production, for instance,” Merkel said in her weekly podcast. Germany is presiding over the EU for six months starting July 1.

Portugal reported the biggest increase in new confirmed coronavirus cases in three days on Saturday, while the number of patients in intensive care units fell for a seventh day. There were 595 new cases in a day, taking the total to 23,392, the government said on Saturday. The total number of deaths rose to 880 from 854 reported through Friday morning.

Norway will extend the ban on all events with more than 500 people to Sept. 1 from June 15, Minister of Culture Abid Raja said on Saturday, according to newspaper Verdens Gang. A decision regarding events with fewer than 500 attendees is due next Thursday.

Poland may resume top-flight soccer matches as soon as the end of May, Prime Minister Mateusz Morawiecki said on Saturday. The first games will be played in empty stadiums by players who completed a two-week isolation period. Poland, which imposed social distancing rules relatively early in the pandemic, has reported 499 deaths caused by the coronavirus and 11,067 infections.

The U.K. Treasury is preparing plans that would allow non-essential businesses to reopen while ensuring they’re free from the coronavirus, the Times reported, citing a Treasury blueprint.

Among the measures, companies would have to tell staff to go home if they showed symptoms of the virus, and to display signs instructing employees to remain two meters apart, the newspaper reported. Communal spaces would also be closed unless social distancing measures could be observed.

Italy plans to do serological tests for free on 150,000 people starting from May 4, emergency response czar Domenico Arcuri said during a press conference on Saturday. Arcuri added Italy is also ready to distribute the masks people need to manage the so-called “phase 2” of virus emergency in the country. “Italy will be able also soon to produce at least 25 million masks per day,” he added.

The Bulgarian government may ask parliament to lift the state of emergency earlier than the initially planned May 13, Prime Minister Boyko Borissov told reporters on Saturday. The special status was imposed in March to give the government powers to restrict movement and use police to detain those who violate quarantine rules.

The cabinet is also considering easing the restrictions to visit public parks as of next week, as well as partly lifting the existing ban on intercity travel and allow small hotels to reopen, Borissov said. Bulgaria has about 1,200 registered coronavirus cases with 54 deaths.

Spain recorded fewer than 400 deaths from coronavirus for the second day in row, a sign that the epidemic may be stabilizing in the country as it grapples with Europe’s worst outbreak. Fatalities increased by 378, for a total of 22,902, according to Health Ministry data published Saturday. That compares with an increase of 367 on Friday. This week Spain partially relaxed one of the world’s strictest lockdowns.

Fatalities from coronavirus in Iran rose to 5,650 with 76 deaths overnight. Total cases reached 89,328 as a further 1,134 tested positive for the virus since Friday.

Catching Covid-19 once may not protect you from getting it again, according to the World Health Organization. “There is currently no evidence that people who have recovered from Covid-19 and have antibodies are protected from a second infection,” the United Nations agency said in an April 24 statement.

Fatalities from the virus in Germany were the lowest in five days. Deaths rose by 148 to 5,723 in the 24 hours through Saturday morning, a smaller increase than Friday’s daily rise of 260, according to data from Johns Hopkins University. There were 1,416 new cases, bringing the total to 154,545, the fourth-highest in Europe.

Singapore Has Smallest Increase in Almost a Week (2:45 p.m. HK)

Singapore reported 618 more cases of the coronavirus as of noon local time on Saturday, the smallest increase in six days. The majority of infections remain among foreign workers residing in dormitories, while only seven are Singaporeans or permanent residents, the government said.

Thailand reported 53 new coronavirus cases on Saturday, the highest in more than two weeks, after a cluster of infections emerged among migrant workers detained in the south, according to the Covid-19 Center’s spokesman Taweesilp Witsanuyotin.

Among the new cases, 42 are “illegal” foreign workers, mainly from Myanmar, currently in a detention center in Songkhla province, Taweeslip told a news briefing Saturday. The reported total increased after the government stepped up testing for the virus, he said.

Despite having only 11 million people, Belgium has reported more deaths from the disease than China. With 55 fatalities per 100,000 inhabitants, it has the highest per-capita death rate in the world — more than four times that of the U.S.

According to Belgian officials, the reason for the grisly figures isn’t overwhelmed hospitals — 43% of intensive-care beds were vacant even at the peak of the crisis — but the country’s bureaucratic rigor. Unlike many other countries, the home of the European Union’s top institutions counts deaths at nursing homes even if there wasn’t a confirmed infection.

The shops can deploy a maximum of 50% of their staff, all wearing masks and following social distancing rules, according to the order issued Friday night by the home ministry. The order includes standalone stores in housing complexes in municipal areas, while shops in market places within municipal areas and all malls will remain closed until May 3.

Trump was sued over a provision of the coronavirus relief package that could deny $1,200 stimulus checks to more than 1 million Americans married to immigrants without Social Security Numbers.

The suit was filed Friday by an Illinois man using the pseudonym John Doe, who seeks to represent all others in his position. Doe claims a carve-out in the relief package discriminates against him “based solely on whom he chose to marry.”

Movie lovers in South Korea will soon have more options. CJ CGV Co., a major cinema operator, said it will re-open 36 theaters that had been closed since the end of March, including in the capital Seoul and Daegu city, according to a statement posted on its website.

Although the company says it will be still difficult for most people to venture out to see a movie, it may provide a boost to the economy and help cafes and restaurants, according to a text message Saturday. The theaters will open April 29.

Gilead Sciences Inc., whose Covid-19 treatment has whipsawed markets amid conflicting early reports about its efficacy, is set to report the first results from a company-sponsored study of the experimental drug.

Data from the first 400 severely ill coronavirus patients being treated with remdesivir in an open-label study are expected before the end of next week. While not expected to provide a definitive answer on efficacy, the report is likely to again trigger wide swings in Gilead’s shares and the broader market. Options prices show investors expect a more than 9% move in the drugmaker’s stock price over the next week.

Coronavirus cases are mounting among crew on a passenger-less cruise ship docked in Nagasaki, Japan, raising alarm among local health officials just months after another large outbreak in their waters.

The number of confirmed Covid-19 infections on the Costa Atlantica had climbed to 91 as of Thursday from 48 a day earlier, the Nagasaki prefecture said. The Atlantica is operated by CSSC Carnival Cruise Shipping, a partnership between Carnival Corp. and state-owned China State Shipbuilding Corp. The Chinese entity is the majority owner. 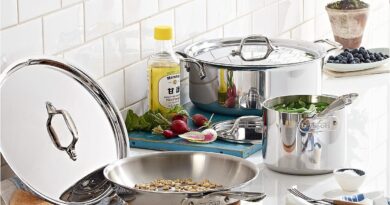