Italian cases are trending lower as the government starts to allow travel, despite objections over letting people leave the hard-hit region near Milan. Iraq begins a seven-day curfew Sunday.

Virus Tracker: Cases top 5.9 million; deaths over 366,000Texas shows the world how to reopen cautiously, for nowEuropeans not feeling very hopeful about their economy just yetRace to the freezer: Europe’s food glut has nowhere to goEU revamps steel-import limits as virus-hit economy recoversPizza chains have windfall on surge in takeout, deliveriesBaseball on ESPN: Korea’s major league plays through pandemicBrits emerge from lockdown to find affordable dining at risk

U.S. cases increased 1.7% from the same time Friday, to 1.76 million, according to data collected by Johns Hopkins University and Bloomberg News. The national increase exceeded the average daily increase of 1.3% for the past week and was the biggest percentage rise since May 22. Deaths climbed 1.2% to 103,389.

Greece will allow visitors from more nations, including the U.S. and U.K., to arrive at Athens and Thessaloniki airports starting June 15, the Foreign Ministry said. After July 1, flights can land at all Greek airports.The government will use the European Union Aviation Safety Agency’s list of airports to determine testing for arriving passengers. If travel originates at an airport not on the affected-area list, then visitors are subject to random tests, the Foreign Ministry said. If the journey begins at an airport on the EASA list, then visitors who test negative will self-quarantine for seven days and if positive will be under supervised quarantine for 14 days.

Greece will reopen borders with Albania, Bulgaria and North Macedonia on June 15, the Foreign Ministry said with visitors subject to random tests. Arrivals by sea will begin July 1.

Siemens Healthineers AG received U.S. Food and Drug Administration emergency use authorization for a coronavirus antibody test, used to identify recent or prior infection in humans. The company had expected the test to be available by late May and aims to produce more than 50 million tests a month starting in June.

Governor Andrew Cuomo said the state plans to get New York City reopened by focusing on “hotspots” — neighborhoods where positive cases can be nearly 50% and are largely in minority communities. The city average rate is about 20%.

Cuomo also signed a law to compensate the families of hundreds of essential workers who have died in the outbreak.

Italy reported 416 new cases, up from 516 a day earlier, confirming a declining trend as the total reached 232,664. Total deaths rose to 33,340. The government confirmed plans to allow travel between regions starting June 3 even as some regional governors opposed letting people from the hard-hit Lombardy region move freely.

New York reported 67 new deaths, Governor Andrew Cuomo said at a Saturday press conference. The figure is the same as reported on Friday and the fifth straight day below 75 fatalities. The state reported 1,376 new cases, for a total of 369,660.

Horse racing will be allowed behind closed doors, with other sports like soccer, rugby, cricket, golf and snooker to follow, but without fans, Culture Secretary Oliver Dowden said at a press conference. “British sports recovery has begun,” Dowden said.

England’s Premier League plans to resume matches on June 17, after consulting with the clubs, players and managers, Chief Executive Richard Masters said after the government announcement.

The Spanish health ministry said total coronavirus cases increased by 271 to 239,228 in the past 24 hours. Total fatalities rose to 27,125 with 43 new deaths reported in the past seven days.

Somalia will push ahead with elections in early 2021, Prime Minister Hassan Ali Kheyre said after a cabinet meeting, removing doubt that the spread of Covid-19 will delay the vote.

The Horn-of-Africa nation is seeking debt relief as the pandemic adds to its woes, from an insurgency to locusts. It has almost 2,000 cases and a health system ill-equipped to handle the outbreak.

South Africa will permit air travel from four main airports starting Monday as the nation eases lockdown measures. Limited domestic flights will be allowed for business, and passengers must give a reason, Transport Minister Fikile Mbalula said in a televised briefing on Saturday.

India announced a phased lifting of the nationwide lockdown by allowing malls, restaurants and places of worship to open from June 8, the interior ministry said in a statement.

The country, which had enforced sweeping and strict stay-at-home orders from March 25, will limit the stringent rules to areas that have a large number of active cases. Authorities will decide to open schools and colleges in July, while international air travel will resume in the final phase. The exit plan comes even as India has been unable to flatten its curve despite the restrictions which have left its already troubled economy in deep disrepair.

German Chancellor Angela Merkel, citing the pandemic, indicated she may not travel to the U.S. in June to attend a physical meeting of the Group of Seven leaders, an event that President Donald Trump heralded as a great sign of “normalization.”

“Given the current state of events, in view of the overall pandemic situation, she’s unable to confirm her personal participation,” a government spokesperson said in an emailed statement on Saturday. “She will continue to monitor further developments of the pandemic.”

The European Union called on the U.S. to reconsider its decision to terminate its relationship with the World Health Organization, which President Donald Trump has accused of being too deferential to China.

“Global cooperation and solidarity through multilateral efforts are the only effective and viable avenues to win this battle the world is facing,” according to a joint statement Saturday from European Commission President Ursula von der Leyen and the bloc’s chief foreign envoy, Josep Borrell. “We urge the U.S. to reconsider its announced decision.”

Portugal reported 257 new coronavirus cases on Saturday, taking the total to 32,203, after recording more than 300 infections in each of the two previous days, the government said. The increase in new cases has been mostly in the greater Lisbon area and led the government on Friday to delay the planned reopening of malls in that region. The number of cases in intensive care units fell to 63 on Saturday, remaining at the lowest level since March.

Macau’s economy posted a deeper contraction in the first quarter as lockdown measures introduced to contain the virus outbreak hit revenue from gambling, hotels, and tourism.

Gross domestic product in Macau plummeted 48.7% in the first three months of 2020, according to the city’s statistics department. That is the fifth straight quarterly decline.

Paul Magnette, the head of Belgium’s Socialist party, proposed a 37.6 billion-euro ($41.7 billion) stimulus package to combat the economic toll of the global pandemic, according to an interview with Le Soir. The aid would target catering, cultural and health-care industries, he said.

Iran’s infection tally rose to 148,950 as the daily number of new cases dropped to 2,282 from 2,819 on Friday, the highest daily number of cases in eight weeks. The virus death toll reached 7,734 with 57 more deaths overnight.

Bahrain’s economy will shrink 5% this year because of low oil prices, although government stimulus measures should provide some support, S&P said. The ratings company expects Bahrain’s economy to rebound in 2021 as oil prices recover and regional activity increases.

Indonesia’s capital Jakarta is anticipating one million vehicles will enter the city as people return from Eid al-Fitr holidays. Traffic, including motorcycles, is projected to peak from Saturday to Monday, according to a Cabinet Secretariat statement. While the figure is lower compared to the 2.8 million vehicles recorded last year, the flow of so many travelers is raising concern as the nation’s coronavirus cases grow.

Indonesia now has the highest coronavirus death toll in Southeast Asia, with 1,573 people succumbing to the disease as of Saturday. New cases have more than doubled in May, with the total reaching 25,773.

The Uzbek government has decided to extend lockdown restrictions until June 15. Central Asia’s most populous nation has confirmed 3,513 cases of infection of the coronavirus, with 14 deaths and 2,728 recoveries.

Singapore reported 506 new infections as of Saturday, according to a statement from its Health Ministry. A vast majority of the additional infections are of work permit-holders who live in foreign workers’ dormitories, according to the statement. The ministry is expected to provide additional details in the evening, it added.

A front-running Covid-19 vaccine being developed in China is expected to be available as soon as the end of this year, according to a report published in the official Wechat account of the State-owned Assets Supervision and Administration Commission.

The vaccine, jointly developed by the Beijing Institute of Biological Products and China National Biotec Group Co., has completed phase II testing and may be ready for the market at the end of this year or early next year, said the report.

The production line for the vaccine will be fully disinfected and closed in preparation for output to start Saturday, and will have a manufacturing capacity of 100 million-120 million vaccines each year.

Iran has lifted a restriction on the operating hours of shopping malls in the latest step of reopening the economy. Meanwhile, all mosques in the country will be open to worshipers for daily prayers three times a day, President Hassan Rouhani said in a national coronavirus taskforce briefing broadcast on state TV. 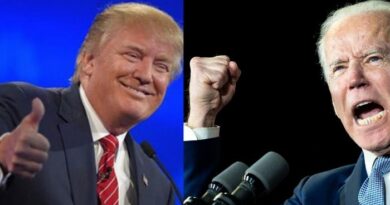 Here’s Where The 2020 Presidential Race Stands So Far

The IPO market is back in full swing