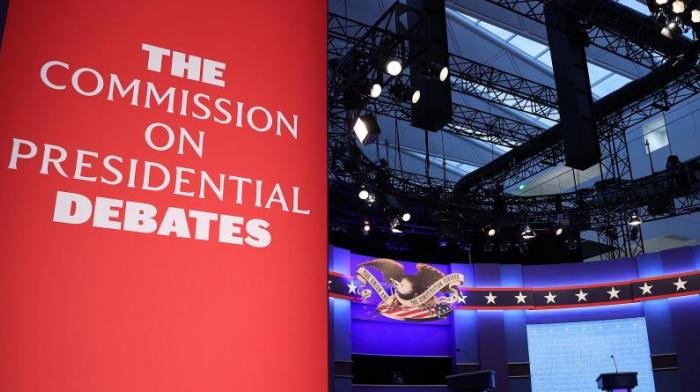 Why give a commission working for the Democratic Party the power to set debate parameters and rules? President Trump should set the terms of where, when, and by whom it’s moderated.

As we speak, the Democrats are busy writing President Trump’s questions to give to the immoderate moderator.

Why do we keep debating “moderators” who live and work in the Washington DC-New York bubble and all attended various northeastern schools?

The perspective from outside Washington, DC has lacked in these “moderated” debates for a long time. The moderators’ purpose seems to be to steer the agenda to discuss and protect DC interests.

There is much more to this nation than Washington DC and New York. Why should New York and Washington continue to set and define the discussion parameters by providing “moderators?”

Especially for something as important as selecting the next President to represent the whole nation, not just New York and Washington DC, shouldn’t we have someone other than leftists from New York or Washington DC hosting the events?

“You can mute the mic of the president of the United States, but you cannot silence the voice of the American people.” – @kayleighmcenany

This debate is meaningless.

If you haven’t already concluded that this is an election of ideologies and not individuals and have decided whether or not you are for more government and socialism vs. less government and continued freedom, then this debate is not going to help you decide.

The President needs to do what they all do – ignore the actual question/topic and go off on a tangent of his own choosing.

Ronald Reagan was known to “stay on message” regardless of distractions, diversions, and interruptions. He was also a master at doing it in good cheer.

If President Trump can work in some of Reagan’s good cheer tactics, he will drive the left and moderators crazy.

After the Chinese fire drill of the first debate, this is a positive step forward. I hope that the moderator doesn’t cut Trump off too soon and give Biden extra time during those opponent blackouts.

The most honest and telling debate, though, would be to let the two candidates ask each other questions instead of those predetermined questions they will get.

That would be a genuine and revealing debate.

I think Trump would enthusiastically welcome such a format, but Biden (and the DNC) would never agree to it.

I agree with Rush Limbaugh’s recent advice. He said that the Democrats debate committee’s latest obscenities are attempts to provoke Trump into withdrawing from the debate.

I was originally hoping Trump would tell them to shove it. I have changed my mind.

More importantly will they also mute the biased moderator when the President is speaking? And will she agree to life in prison and forfeiture of her net worth if it is later proven she gave the questions ahead of time to Biden? (sarcasm alert) https://t.co/AgwLGxPKTQ

Beyond just trying to favor and protect Biden, they’re trying to shield him from even having to deny or admit the allegations publicly.

This will be the last time Biden is at least ostensibly forced into the public eye.

If Trump withdraws, they can all defame Trump while simultaneously allowing Biden to crawl back in his hole and put the “lid” on his remaining campaign.

The problem is that when you give a mute button to a partisan moderator, it becomes more about censoring; the moderator does not like what the candidate is saying, so he/she mutes them.

The moderator likes what the candidate saying, so they allow more time. Problematic.

The partisan Commission on Presidential Debates is totally stacked against @realDonaldTrump, and it should be abolished after this election. pic.twitter.com/QlAcj8Kqpr

The Debate Commission has no credibility

The debate commission has proven itself to lack any credibility and another tool of the Democratic Party.

Anyone else notice that in the vice presidential debate, the time allowed to answer was so far short of even offering an intelligent answer?

The moderators have all proven to be biased and ask questions I don’t think many are concerned about. I would like Biden and Harris to answer a lot more questions to answer.

But they are both hiding.

Do a debate like the old days. You have a panel of four asking questions, so there is less bias. The moderator does just that, moderates, and not be the person asking the questions.

When the debate is over

Trump should also have a post-debate follow-up Q&A session, held at a venue very close to the debate (maybe at an airport hangar) where he can have real journalists ask real questions and give the nation real answers.

Biden will undoubtedly be whisked away immediately after the debate, not to be seen for a few days again (while he rests up and is de-briefed on all his gaffes). 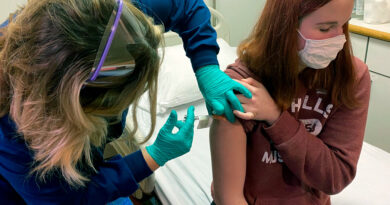 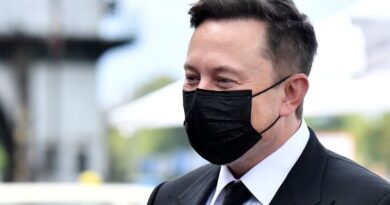 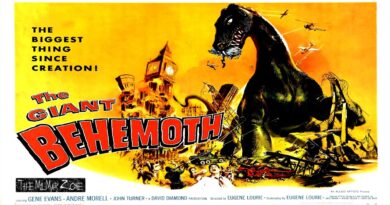