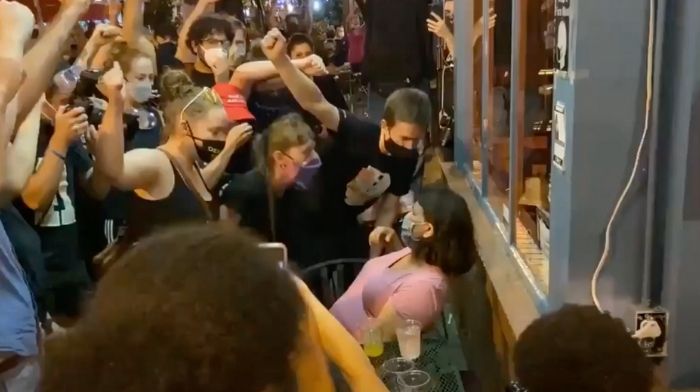 Last week, we reported on Black Lives Matter rioters accosting diners at restaurants in Washington D.C. and attacking those who refused to raise their fists. Now, one of the women who refused to cooperate with the protesters has broken her silence about the chilling incident.

Lauren Victor wrote in an op-ed for The Washington Post that she was having dinner with a friend on August 24 when Black Lives Matter protesters descended upon them. She warned in her piece that these bullying tactics are not effective, and that they will backfire on rioters.

“I was the woman surrounded by BLM protesters at a D.C. restaurant. Here’s why I didn’t raise my fist,” Victor explained, starting with the fact that the group did not identify themselves when they surrounded her table.

“I asked who they were and why they were marching,” she wrote. “No one would answer me. Why march and hold back your message?”

Victor described herself as a 49-year-old urban planner who actually does support Black Lives Matter. However, she added that this group went about their activism in the worst way possible, saying that it’s “never OK to coerce people’s participation.”

“That is just bullying,” she said.

“When [protesters] crowded around my table and started demanding that I raise my fist, it was their insistence that I participate in something that I did not understand that led me to withhold my hand,” Victor explained. “In retrospect, I would have done the same thing even if it was crystal clear to me who they were and what they stood for. If you want my support, ask it of me freely. That’s what we do in a democracy.”

Victor admitted that in the moment, she felt “under attack.”

“To have a crowd — with all that energy — demand that you do this thing,” she said. “On one level my best guess was no one was going to hurt me but those things turn on a dime.”

Perhaps she will think twice before she supports Black Lives Matter in the future.

RELATED: ‘Protesters’ in Name Only: Mob Terrorized Us on D.C. Streets

This piece was written by PoliZette Staff on September 4, 2020. It originally appeared in LifeZette and is used by permission.

Read more at LifeZette:
Herschel Walker’s son obliterates Black Lives Matter: They’re ‘the KKK in blackface’ and ‘a terrorist organization’
Antifa ‘commander’ breaks down crying in ‘fetal position’ after he’s caught with flamethrower and smoke grenades
BLM rioter kicks Trump supporter in the head while he’s flat on his back: ‘He just got his a** beat’ 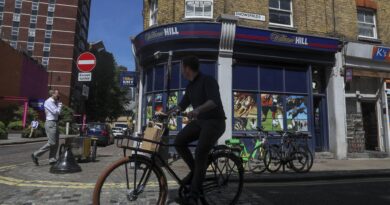 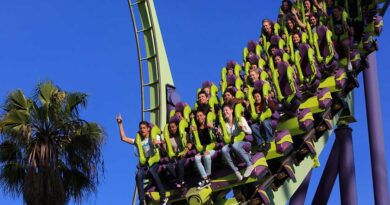 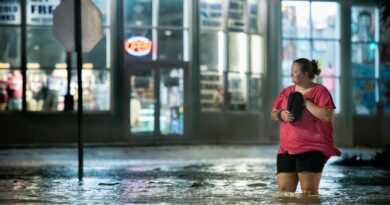