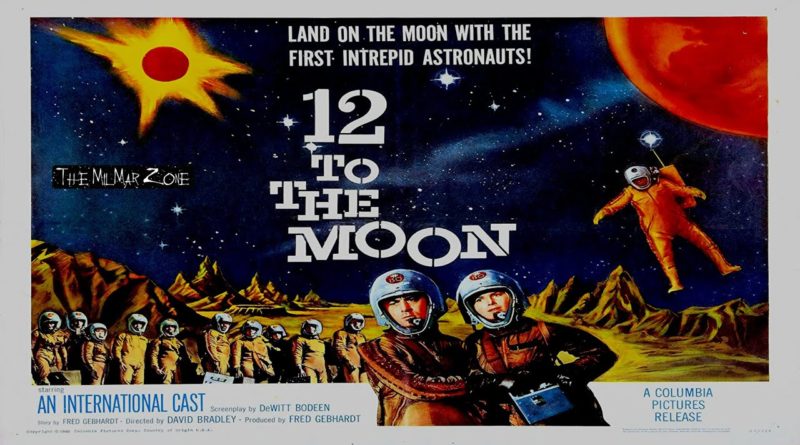 Taglines:
Starring An International Cast
Join the first astronauts in the space-conquering flight to the moon!
Ride the Excitement Orbit to the Moon with the First Space Explorers!
Land on the moon with the first intrepid astronauts! Leo L Schwab

An international team embarks on an expedition to the moon in an uncommonly spacious rocketship. There they encounter a faceless alien intelligence who concludes that the human race is too immature and dangerous and must be destroyed.

An internationally and gender divergent group of space travelers embark on a lunar journey. They battle through microscopic dust storms and meteor showers before landing on the moon. The group lands safely to discover peace-loving subterranean living on the moon who are terrified the Earthlings will contaminate their planet in this sci-fi fantasy.

Plot: Spoilers?
Earth’s International Space Order prepares for its first manned landing on the Moon, with the goal of claiming it as “international territory”. The crew of Lunar Eagle 1 comprises 12 people from around the world, 10 men and two women, all scientists with different specialties, accompanied by a small menagerie, including two cats. The spaceship is commanded by American John Anderson (Ken Clark).

Historical and international tensions flare up during the flight. Feodor Orloff (Tom Conway), a Russian, struts about, annoyingly claiming that all scientific advancements were invented by the Soviets. Israeli David Ruskin (Richard Weber) warns Feodor that the USSR would be unwise to attempt to dominate Israel, as it has his native Poland. David admires fellow astronaut Erich Heinrich (John Wengraf), unaware that Erich’s father was the Nazi responsible for murdering David’s family during the Holocaust.

After a dangerous 27-hour flight, Lunar Eagle 1 lands, and the crew begins their exploration of the Moon. Sigrid Bomark (Anna-Lisa) and Selim Hamid (Muzaffer Tema) find an air-filled cave and after shedding their space helmets, they kiss passionately. As they walk hand-in-hand deeper into the cave, its opening is suddenly sealed by impenetrable ice.

The others discover gold and minerals, but when they fire a mortar into a rock formation, the liquid begins bubbling out. An excited Feodor rushes over and sticks his hands into the flow, and he is badly burned. On the way back to their spaceship, a crew member sinks to his death in lunar quicksand. John tries unsuccessfully to save him and is almost pulled under.

Inside Lunar Eagle 1, a machine begins printing out hieroglyphics. Surprisingly, Hideko Murata (Michi Kobi) can read them. It is a message from “The Great Coordinator of the Moon”, who orders the crew to leave at once. The message also states that the emotionless Moon-beings live underground and fear that the Earthlings will “contaminate our perfect form of harmony”. Sigrid and Salim are being studied because the Moon-beings are unfamiliar with “love”. They and “all your kind” will be destroyed “if love turns to evil”. The Moon-beings also demand that the expedition’s cats, brought as an experiment to see if they could procreate on the Moon, be left behind. They find felines as interesting as people.

Near-Earth, the crew witnesses “the big freeze”, a gigantic freezing cloud-controlled from the Moon, which encases all of Canada, the U.S., and Mexico in thick ice. 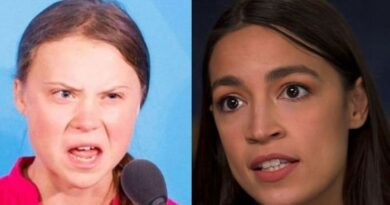 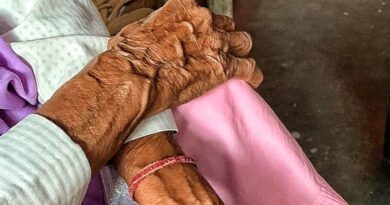 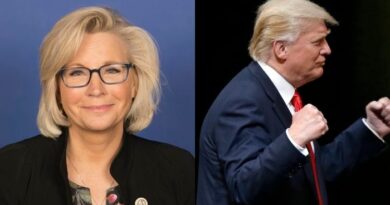