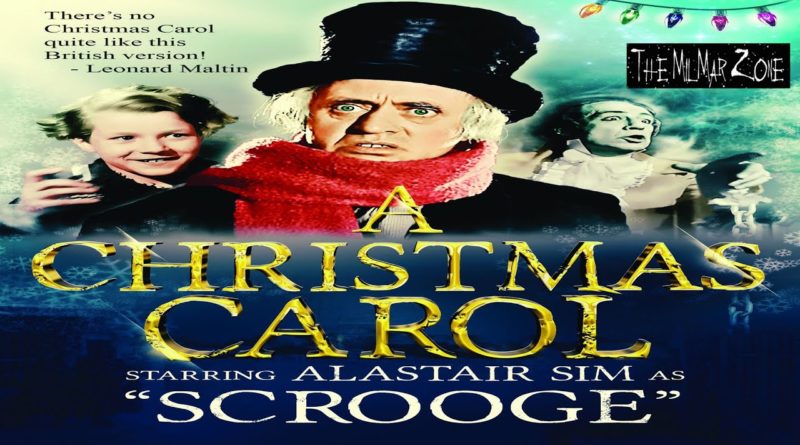 A Christmas Carol 1951 — A Time Travel Movie Trailer — aka Scrooge

Ebenezer Scrooge (Alastair Sim) is a greedy businessman who thinks only of making money. For him, Christmas is, in his own words, a humbug. It has been seven years since his friend and partner, Jacob Marley (Sir Michael Hordern), died and on Christmas Eve. Marley’s ghost tells him he is to be visited during the night by three spirits. The Ghost of Christmas Past (Michael Dolan) revisits some of the main events in Scrooge’s life to date, including his unhappy childhood, his happy apprenticeship to Mr. Fezziwig (Roddy Hughes), who cared for his employees, and the end of his engagement to a pretty young woman due to a growing love of money. The Ghost of Christmas Present (Francis De Wolff) shows him how joyously is nephew Fred (Brian Worth) and his clerk, Bob Cratchit (Mervyn Johns), celebrate Christmas with those they love. The Ghost of Christmas Yet to Come (Czeslaw Konarski) shows him what he will leave behind after he is gone. Scrooge awakens on Christmas morning, a new man intent on doing good and celebrating the season with all of those around him. —garykmcd

Widely considered to be the definitive of the many film versions of Charles Dickens’ classic novel is this 1951 British adaptation, starring Alastair Sim (entitled “Scrooge” in its U.K. release). Sim plays Ebenezer Scrooge, a London miser who, despite his wealth, refuses to make charitable contributions and treats his sole employee, Bob Cratchit, as an indentured servant. On Christmas Eve, Scrooge is visited by the ghost of his late business partner, Jacob Marley, who was as selfish as Scrooge in life and has been condemned to an eternity of wandering the Earth in shackles. Marley informs Scrooge that he’s to receive a trio of spirits that night who will take him on a journey through Christmases Past, Present, and Yet to Come. As Scrooge encounters each apparition, he is taken on a tour of his life and realizes what a wretch he is, transformed by greed from an idealistic youth into an embittered ogre. Infused with a new, cheery outlook, Scrooge sets about earning his redemption. ~ Karl Williams, Rovi

On his way out of the stock exchange, Mr. Scrooge stops to talk to a pair of businessmen and tells them that Christmas is a humbug. They laugh. He then is stopped by one of his debtors who asks him to extend debt, but Scrooge refuses. Passing some children singing for pennies in front of his door, he shouts at them to be off.

Entering his office, two gentlemen await him asking for a contribution for the poor. “Are there no prisons?” asks Scrooge, and tells them to leave him alone. He is too busy with his own business to concern himself with the poor. The gentlemen withdraw, and Scrooge’s nephew Fred enters. He invites Scrooge to Christmas dinner, but Scrooge refuses. As he leaves, Fred asks Scrooge’s clerk, Bob Cratchitt, about his family and they wish each other a Merry Christmas. Meanwhile, Bob’s son Tim is at the window of a toyshop admiring the toys. He walks with a crutch, and his mother escorts him home. 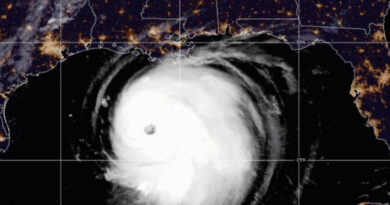 Georgia Voting Meltdown Leads to Uproar: ‘I Refuse Not to Be Heard’ 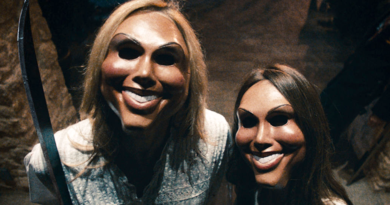