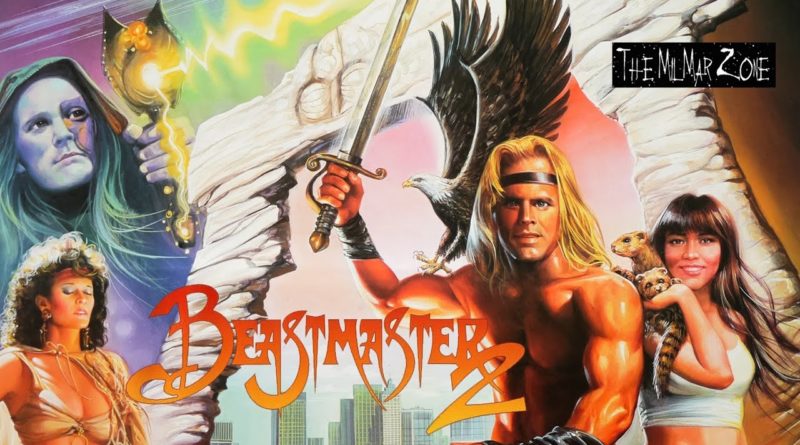 Beastmaster 2: Through the Portal of Time 1991 — A Time Travel Movie Trailer

Dar is a warrior who can talk to the beasts. He is forced to travel to Earth to stop his evil brother from stealing an atomic bomb and turning their native land from a desert into, well – a desert. —Jim Palin

In this humorous sci-fi parody, the bicep-bulging Beastmaster–with creatures in tow–chases his arch-enemy through a time portal to 1990s Los Angeles to prevent him from getting his hands on a doomsday weapon.

In the land of Arok, the nomad warrior Dar (Marc Singer), known as the Beastmaster for his magical ability to control animals, is taken prisoner by the evil warlord, Arklon (Wings Hauser). Dar refuses to divulge the location of rebel forces and is sentenced to death. The executioner is interrupted by Dar’s pet tiger, Ruh, while his ferrets, Podo and Kodo, chew through their master’s bonds, allowing him to defeat Arklon’s soldiers. When the warlord fights back with a magical laser device called the “Key of Magog,” Dar’s eagle, Sharak, tears at Arklon’s face, enabling the Beastmaster to escape.

Sometime later, rebel forces are led into a narrow gorge by a treasonous witch named Lyranna (Sarah Douglas). After Arklon’s army annihilates the rebels, Lyranna offers to make him the most powerful man on planet Earth. Lyranna speaks in modern English slang which confuses Arklon and she tells him that she has been to a place where others imagine beyond space and time.

Meanwhile, Dar encounters a deformed swamp creature who identifies herself as the sister of his late father, King Zed. She explains her appearance as the result of practicing “forbidden rituals,” and informs Dar that he has a brother, who was raised by evil high priests. The creature predicts the end of the world at his brother’s hands, unless Dar kills him before the autumn equinox.

At Arklon’s fortress, Lyranna reveals a portal leading to the modern day city of Los Angeles, California, which exists in a parallel dimension. In nearby Long Beach, California, is the Strategic Research and Development Center, which houses the “neutron detonator”, a weapon so terrible that its possessor could control the world. Arklon reluctantly agrees to Lyranna’s offer to secure the detonator in exchange for becoming his queen.

In Los Angeles, Jackie Trent (Kari Wuhrer), the spoiled teenage daughter of United States Senator Herbert Trent, drives recklessly through the streets with two police cars in pursuit. Attempting to evade the officers, Jackie enters an alley, and all three cars pass through the portal to Arklon’s fortress. Soldiers surround the two policemen, who assume they have stumbled into a science fiction convention. When the soldiers set fire to the police cars, the officers jump back through the portal and escape, while Jackie speeds away from the fortress. Hours later, her car runs out of fuel and she searches the wilderness for a gasoline station in the vast desert. After camping for the night, she is awakened by Dar and his animals. Jackie assumes Dar is a circus performer and joins him on his quest, hoping he can lead her back to the city. 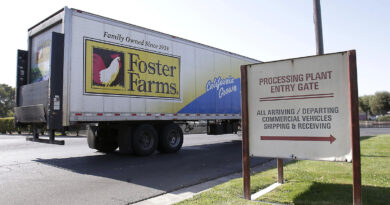