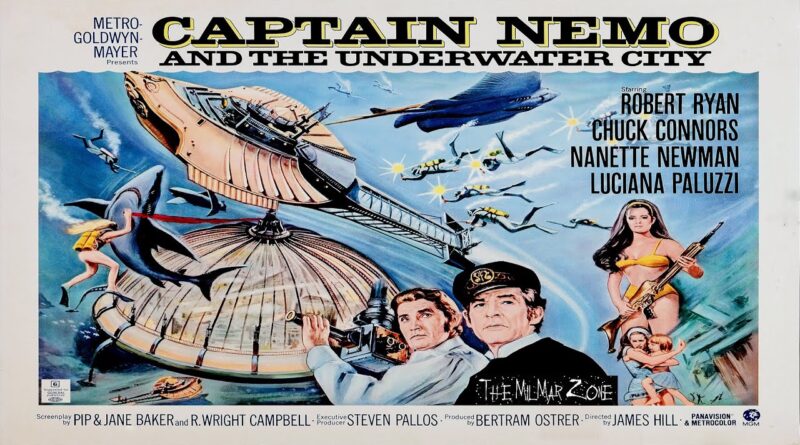 Taglines:
Inspired by JULES VERNE
They tried to leave the golden city with the most valuable prize of all– their lives!

When Captain Nemo saves the passengers of a sinking ship and takes them to his Utopian underwater city he discovers that not all of his guests agree to remain there forever. —nufs68

Survivors of a shipwreck are surprised to find rescue in the middle of the sea by none other than the renowned Capt. Nemo (Robert Ryan), who arrives in the Nautilus, his state-of-the-art submarine. As Nemo’s guests soon discover, the eccentric genius has created an entire community at the bottom of the ocean. When the survivors find out that they can’t leave Nemo’s city, some of them rebel, causing a conflict that jeopardizes the lives of everyone in the undersea base.

Nemo takes them on a city scuba tour, but Lomax attempts to steal diving gear and escape but is caught. Fraser seems taken with a musical performance given by the city’s swimming teacher Mala (Luciana Paluzzi), this noted by Joab, Nemo’s second in command (John Turner).

Joab shows the Bath brothers how the city makes oxygen and freshwater and as a by-product gold, which is even thrown away. Joab advises them that no one has ever escaped Templemer. Lomax sees the oxygen machine as a means to escape by rupturing the city’s dome. Lomax attempts this but only manages to flood the machine’s control room killing himself in the process. During this episode, the Bath brothers sneak into the Forbidden Area where they discover a second submarine, the Nautilus II, and see it as a means of escape.

Enlisting Fraser to aid them, Fraser learns how to operate the submarine. During training, they ram and kill a vast Manta Ray-like creature accidentally created during the building of the city. Fraser tells Nemo he should leave as he is attempting to cut off the supply of weapons to the American Civil War. Nemo refuses but offers Fraser a position at Templemer. This alienates Joab, who helps Fraser and the Baths steal Nautilus II, on condition they leave without bloodshed, and allow the crew to return with the submarine intact.

They manage to take the submarine and are followed by Nemo in his submarine. Nemo explains there is a fault with the Nautilus II’s engines that means the sub could explode. The chase is brief. Unable to match the speed of the escaping submarine, Nemo has Nautilus I sheer away, to try ‘going under the reef.’ Confused by their pursuers apparently giving up, Fraser asks the Nautilus II’s first mate if there is ‘a a shorter way,’ and is told ‘yes, there is,’ but that ‘this ship is too large!’

A now desperate Fraser gives orders for ‘crash speed.’ As the submarine increases to flank, an explosion causes the engines to fail, and out of control, the ship strikes a reef before coming to a stop whilst still submerged. The crew with Fraser and the Baths put on diving gear and attempt to escape from the now flooding submarine, but Barnaby panics (weighed down by too much-stolen gold by-product) and drowns in the attempt.

Nautilus I approaches the wreck just in time to be buffeted violently as the bigger ship explodes; Joab is electrocuted as he is thrown against a control panel. Mortally wounded he confesses to Nemo that he helped Fraser to escape. Helena Beckett admits that she knew of the attempt and that she and her son chose to stay. 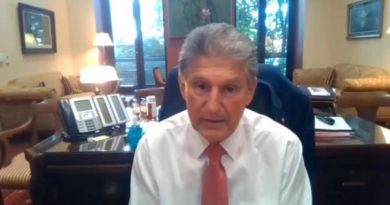 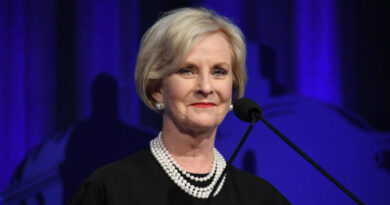