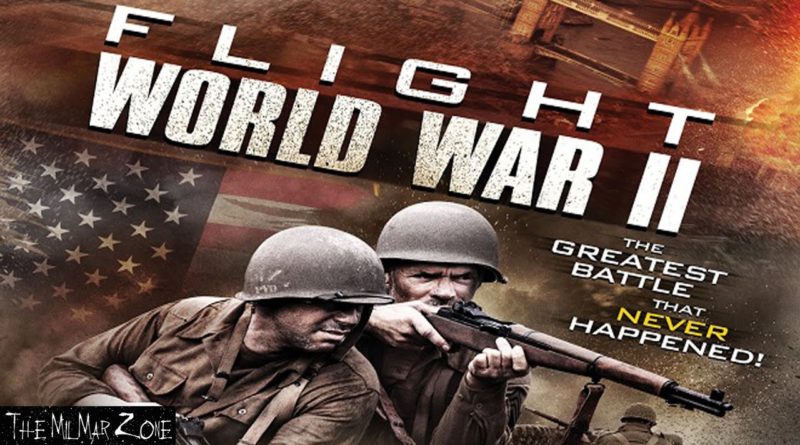 After Flight 42 travels through a storm they find themselves in France, 1940, during World war II.

Flight 42 was on its way when it comes across an unidentifiable storm. Realizing they must go through, find themselves in France, 1940, World war II. A young soldier (Robbie Kay) tells them they are in the middle of a war zone. Dodging bullets and bombs the flight will attempt to make it back to modern-day, without changing history too much. —emilyh9817

On a journey that will change their lives forever, the passengers aboard Flight 42 are forced to fight in one of the greatest battles in history, World War Two. Trouble is, this is one struggle they could have never predicted… having taken off in 2015.

Flight 42 was on its way when it comes across a weird electromagnetic storm. Realizing they must go through, they find themselves in France, 1940, [[World War II]]. A history professor tells them they are in the middle of a war zone. Dodging bullets and bombs the flight will attempt to make it back to modern-day, without changing history too much. —Edmundo Arizabal Jr.

A commercial airliner is mysteriously transported to WW II and must dodge bullets to return to modern-day.

Plot: Spoilers?
Airline Pilot Captain William Strong (Faran Tahir) is flying International Airlines Flight 42 from Washington, D.C. to London. Among the passengers are two World War 2 historians attending an event in London and two soldiers. Air traffic control notifies the pilots of clear skies, but, moments later, they come across an electromagnetic storm. With their instruments malfunctioning, they have no choice but to enter the storm and unknowingly enter a wormhole. The wormhole transports them back to 1940. Strong assures the passengers that they are safe. The plane flies in the dark for some time before coming across the German strike aircraft bombing Saint-Nazaire. Strong escapes the chaos and assures the passengers of their safety. Meanwhile, the historians, through their observations, discover that what they have been experiencing line up with what happened during World War 2 and the storm had transported them back to this time. They attempt to convince the pilots and the crew. Meanwhile, a suspicious passenger overhears the ensuing argument and eavesdrops.

Amidst his disbelief, Strong gets into contact with a British Army radio operator in France, Corporal Nigel Sheffield, but both men find each other’s story unbelievable. Strong and the historians are later able to convince Nigel and his superiors with their advanced information that they are truly from the future. Upon questioning Sheffield they discover that history has not gone as it should; the Dunkirk evacuation was apparently a complete disaster for the Allies (when history dictates that the bulk of the Allied forces there were evacuated successfully), and the Germans somehow have the advanced Messerschmitt Me 262 jet fighter, historically only operational in 1944, in 1940. They conclude that the Germans have somehow accelerated their technological advancement and are much closer to victory than they historically were. The historians are attempting to think up a way to help the Allies win and correct history when the eavesdropping passenger loudly announces what he has learned and tries to persuade others to hijack the aircraft and kill Hitler. This escalates into a fight, but the overzealous passenger and his faction are subdued.

As the crew and passengers struggle to choose their next move, Sheffield notifies Strong of incoming Me 262s which had been ordered to shoot him down. The jets take the aircraft under fire, and the airliner sustains damage even as Strong undergoes evasive action. They manage to evade the attackers momentarily, but only after taking serious damage and the co-pilot is wounded. Desperate and under persuasion from other crew members, Strong reveals the truth to the passengers and asks for assistance. With their help, part of the aircraft’s systems is repaired. When contact with Corporal Sheffield is recovered, they learn through him that the Allies also do not have radar as they were supposed to. 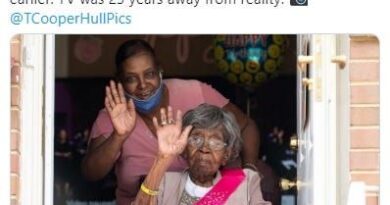