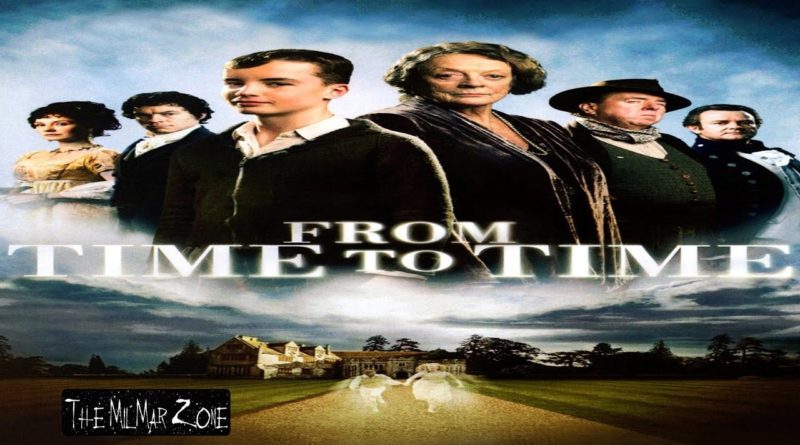 From Time To Time 2009 — A Time Travel Movie Trailer

Tagline:
Unlock the Secrets of the Past.

A haunting ghost story spanning two worlds, more than a century apart. When 13-year-old Tolly finds he can mysteriously travel between the two, he begins an adventure that unlocks family secrets laid buried for generations.—Anonymous

In 1940s England, thirteen-year-old Tolly (Alex Etel) is sent to Green Knowe, the country estate of his grandmother, while his mother searches for any information concerning his missing-in-action father. Tolly soon finds that he can pass through time to witness the family stories Grandmother Oldknow (Dame Maggie Smith) tells him. Traveling back to 1805, Tolly becomes caught up in the family scandals, secrets, and mysteries that still echo in his own time. —L. Hamre

In 1944, young teenager Tolly (Alex Etel) travels to the family real estate Green Knowe in the countryside of England to stay with his estranged grandmother Mrs. Oldknow (Dame Maggie Smith). His mother went to London to search for information about his beloved father, who is missing in action in World War II. Mrs. Oldknow is trying to sell Green Knowe since she has financial difficulties and does not have any valuable assets to sell. During the night, Tolly meets two ghosts in his room and he goes to his grandmother to ask whether she believes in ghosts. Mrs. Oldknow explains that the manor has many ghosts from their family. Soon, Tolly learns that he can travel to the beginning of the nineteenth century and he discloses secrets from the past of his family while waiting for his mother and the news about his father. —Claudio Carvalho, Rio de Janeiro, Brazil

In times of war two centuries apart, two distinct worlds are linked by a single-family and the house in which they live. It is 1944 and thirteen-year-old Tolly Oldknow is sent to spend Christmas with his grandmother, whilst his mother searches for news of his father in wartime London. In the old house, he becomes a witness to events during the Napoleonic wars and finds himself slowly drawn into participating in the drama. Invisible to most people in the past, yet able to move amongst them, he begins to unravel the mystery which has bewildered his family for two centuries. The solution to the puzzle leads him into his greatest adventure yet.

On Tolly’s first night at Green Knowe, he sees and hears a ghostly young girl and an adolescent boy. Soon after, he discovers that he magically time travels between the present and the early 19th century in the old manor house. Certain people in that time period can see and communicate with him, while he remains invisible to others. Susan, the blind daughter of Lord Thomas Oldknow, is the ghostly figure that Tolly first saw. She can speak to Tolly both in her time and his. He learns that his grandmother also sees the ancestral ghosts. Susan leads him on an adventure that unlocks family secrets laid buried for generations. Exciting events include a terrible fire, a tale of stolen jewels, and threats of a servant being sold into a press-gang.

Although Green Knowe is saved, Tolly’s father is a casualty of the war. Mrs. Oldknow finally welcomes Tolly’s mother into the family. Tolly is comforted when his father’s ghost appears, assuring him everything will be alright. 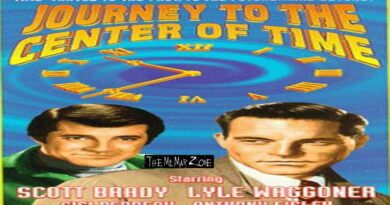 Journey To The Center Of Time 1967 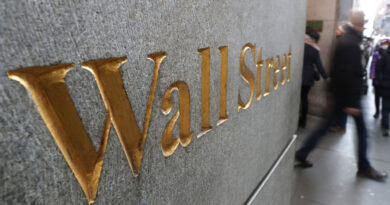 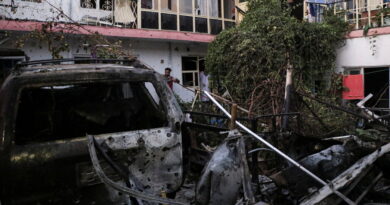