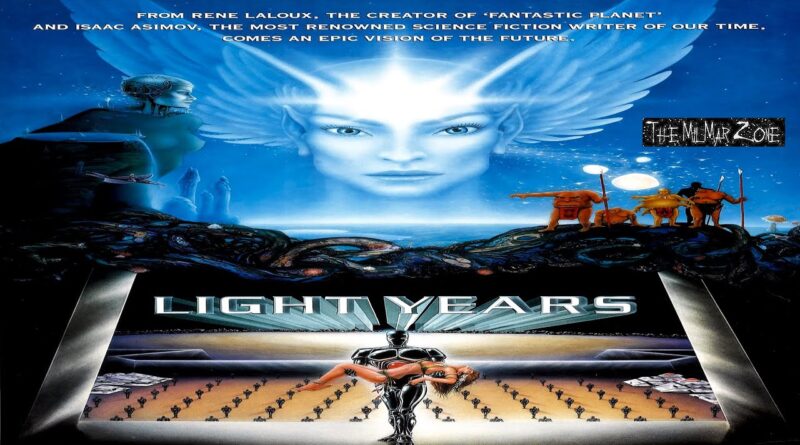 An evil force from 1000 years in the future begins to destroy an idyllic paradise, where the citizens are in perfect harmony with nature. —anonymous

Gandahar is a utopian world of rare beauty and tranquility, the result of extensive mutation and genetic experimentation. But the perfect peace is shattered when a mysterious evil force invades this idyllic serenity, turning people into stone with petrifying rays. The Council of Women hold court and decide to send Sylvain, son of Queen Ambisextra, on a mission to destroy the enemy. Together with the beautiful and adventurous Arielle, the enemy that Sylvain eventually discovers very far from his home is the ultimate failure of Gandaharian scientific experimentation. It is a giant brain known as the Metamorphis, which has created an indestructible army of metal men to destroy Gandahar. Sylvain must battle the Metamorphis, but not until 1000 years in the future. —Morpheus

This animated film is set on the planet Gandahar, where peace reigns and poverty is unknown. The utopian lifestyle is upset by reports of people at the outlying frontiers being turned to stone. Sent to investigate, Prince Sylvain (John Shea) crashes and is rescued by the Deformed, hideous genetic experiments gone wrong and left to fend for themselves. With their help, Sylvain discovers that the Metamorphosis, a gigantic brain also created in an experiment, is trying to destroy Gandahar.

Plot: Spoilers?
The peaceful people of Gandahar are suddenly attacked by an army of automata known as the Men of Metal, that march through the villages and kidnap their victims by turning them to stone. The resulting statues are collected and then transferred to their base. At the capital city of Jasper, the Council of Women orders Sylvain to investigate. On his journey, he encounters the Deformed, a race of mutant beings who were accidentally created via genetic experimentation by Gandahar’s scientists. Despite their resentment, they are also threatened by the Men of Metal and offer to help Sylvain.

Sylvain later saves Airelle, a Gandaharian woman. Together they discover the Men of Metal’s base, where the frozen Gandaharians are taken through a large portal and are seemingly assimilated into more Men of Metal. The two stow away on a nearby boat which heads towards the middle of the ocean where they encounter Metamorphis, a giant brain. Sylvain and Airelle are captured and confronted by Metamorphis, who tells them that although the Men of Metal believe that he is their leader, he did not create them nor order their attack. He states that he does not want to see Gandahar fall, and that he needs time to figure out the connection between him and the Men of Metal. He then returns Sylvain and Airelle to Jasper where they learn that Metamorphis, like the Deformed, was also an experiment by Gandaharian scientists. Due to his rapid growth and increasingly violent behavior, he was abandoned in the ocean. Sylvain is ordered to kill Metamorphis with a special syringe. Sylvain returns to Metamorphis, who maintains his innocence but reveals that the Men of Metal come from the future via the portal Sylvain saw earlier. He then urges Sylvain to kill him in a thousand years, as the syringe would have no effect on him now. A skeptical Sylvain agrees and Metamorphis puts him into stasis.

A thousand years later, Sylvain awakens just as they had agreed. He comes across the Deformed, who explain the true nature behind the Men of Metal: Due to Metamorphis’s now advanced age, his cells can no longer regenerate, which drove him to create the Men of Metal and order them to go back in time to capture the Gandaharians so he could absorb their cells to continue living, killing the Gandaharians in the process. The metal comes from Metamorphis’s dead cells metallizing with time. 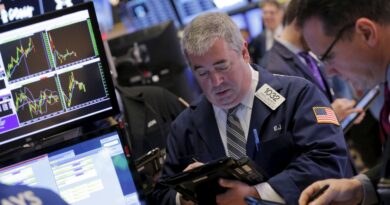 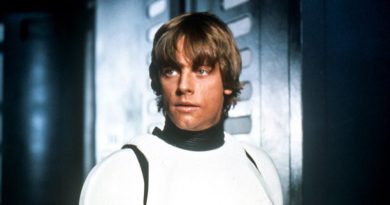