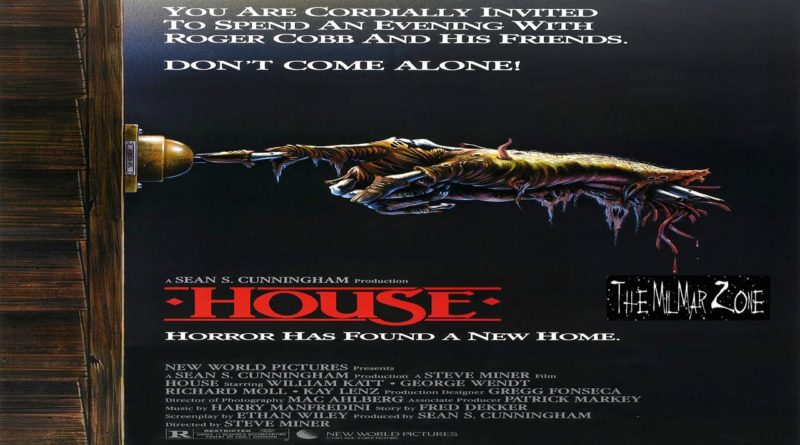 Taglines:
Ding dong, you’re dead.
HORROR has found a new HOME
Enter at your own risk.
You are cordially invited to spend an evening with Roger Cobb and his friends. Don’t come alone!

This is supposedly a horror movie and, when you listen to the storyline, it sounds like it would be quite depressing. Actually, though, it is more of an intelligent thriller which was eventually followed by sequels. When a novelist moves into his aunt’s house after she commits suicide, he finds that the monsters he creates for his horror novels don’t necessarily stay on the pages of his novel. When he writes about his Vietnam experiences, for example, he is forced to relive the tragedies. But there are more gruesome things coming to life than just his memories. Interesting concept with lots of humor thrown in to lighten up the sometimes down aspects in the story.

Roger Cobb is a Vietnam vet whose career as a horror novelist has taken a turn for the worse when his son Jimmy mysteriously disappears while visiting his aunt’s house. Roger’s search for Jimmy destroys his marriage and his writing career. The sudden death of his aunt brings Roger back to the house where his nightmares began. The evil zombies in the house force Roger to endure a harrowing journey into his past. —Arthur de Boom

The successful writer Roger Cobb is trying to write a book about his experience in Vietnam, but he is blocked after the disappearance of his son Jimmy and the divorce from his wife, the actress Sandy Sinclair. When his beloved Aunt Elizabeth is found dead hanged in her bedroom, Roger inherits the house and moves to live there. His snoopy neighbor and fan Harold Gorton gets close to Roger and learns that his aunt claimed that the house is haunted. Further, Jimmy disappeared in the swimming pool on the back of the house. While writing his memories from Vietnam when his pal Big Ben was captured and tortured by the Vietcong, weird things happen in the house and soon Roger leans that the place is a gateway to a hellish dimension.

—Claudio Carvalho, Rio de Janeiro, Brazil
Roger Cobb is an author who has just separated from his wife. He moves into a new house and tries to work on a novel based on his experiences in the Vietnam War. Strange things start happening around him; little things at first, but as they become more frequent, Cobb becomes aware that the house resents his presence. —Murray Chapman

Synopsis: Spoilers?
A detached house is shown with eerie music. A careless boy who hits the fence with his moped brings a bag of groceries into the home. The grocery boy (James “Jim” Calvert) calls for Mrs. Elizabeth Hooper (Susan French), saying that he’ll collect the money next week. the boy thinks he has heard some noise upstairs so he goes up, making a comment on his way -“yawk”- about a painting on the wall. He peers into a room and hears a soft thud. He enters in a second room and looks at Mrs. Hooper, who has just hanged herself.

At the funeral, the priest (Billy Bekc) is giving out his response. A man (Bill McLean) tells Roger Cobb (William Katt) that his aunt was not crazy. The man points to his whimpering wife, saying that she is truly mad, but not Mrs. Hooper.

Cut to a store where Roger is signing autographs to buyers of his shocker book – the novels Rob Cobb writes as supposed to be thematically similar to Stephen King’s first horror novels. All the fans are a bit of a nerd/weirdo: the punk; the talkative spinster (Mindy Sterling) who is more interested in knowing whether he is married to Sandy Sinclair (Kay Lenz), the movie star, than in buying the book; the fan (George Wendt) who is disappointed when he hears that Cobb’s next book is going to be about his experiences as a veteran in the Viet Nam war; the cheesy high-school football player (Jayson Kane). Roger says that he’s now divorced from her, but the spinster keeps on talking about how wonderful and talented Sandy Sinclair is as a young actress. Frank McGraw (Steve Susskind), Cobb’s publicist and friend, tells him that his fans want to buy and read the same type of novel he’s produced before, but Roger insists: he really needs to write the Nam book. 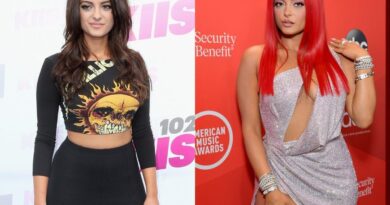 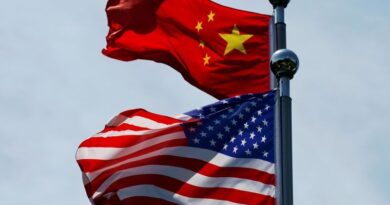