Plot: Spoilers?
In a New York City bar, the brooding, mysterious forecaster Mr. Ohman (Dan O’Herlihy) is sitting and drinking from a very large brandy glass. He gets into discussions with a cross-section of affluent Americans at the bar, including local television newscaster Vince Potter (Gerald Mohr), beautiful young New York society woman Carla Sanford (Peggie Castle), a California industrialist, a rancher from Arizona, who is a congressman. International news is bad, but the Americans do not want to hear it. While they all dislike communism and appreciate the material wealth they enjoy, they also want lower taxes and fail to see the need for industrial support of the government. As he swishes the brandy around his snifter, Ohman tells the others that many Americans want safety and security but do not want to make any sacrifices for it.

Suddenly the news becomes worse. “The Enemy” is staging air attacks over Seal Point, Alaska, and then Nome. Paratroops have landed on Alaskan airfields. Soon, the enemy’s plan of attack becomes clear: civilian airfields are captured as staging areas while military airfields are A-bombed. The US fights back and attacks the enemy’s homeland with Convair B-36 missions, but the enemy steadily moves into Washington State and Oregon. Shipyards in Puget Sound have nuclear strikes with large casualties.

Meanwhile, the Americans at the bar scramble to return to their lives to do what they can against the enemy now that it is too late. Potter and Sanford fall for each other (“War or no war, people have to eat and drink… and make love!”). He continues to broadcast while she volunteers to help run a blood drive. The industrialist and the rancher both return home to find themselves on the front lines. The former is caught in the battle for San Francisco, the latter in the destruction of Boulder Dam by a nuclear missile. The US president makes ineffectual broadcasts with inflated claims of counterattacks to rally the morale of the people. The enemy continues to advance with stealth attacks by troops dressed in American uniforms, including a paratrooper attack on the US Capitol that kills the congressman. New York is A-bombed, and Potter is soon killed during a broadcast. Sanford, confronted by an “enemy” soldier, jumps from a balcony.

Suddenly, the image of her falling body appears in Ohman’s brandy snifter. All five suddenly find themselves back in the bar since they have just emerged from a hypnotic state that Ohman had induced. After reassuring themselves that the recent events, including their deaths, did not really happen, they hurry off to take measures to boost military preparedness. Potter and Sanford “resume” their romance. 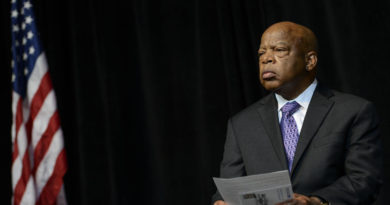 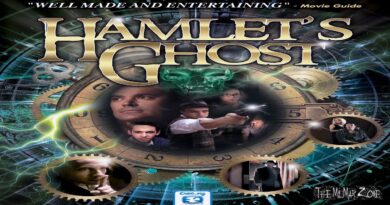