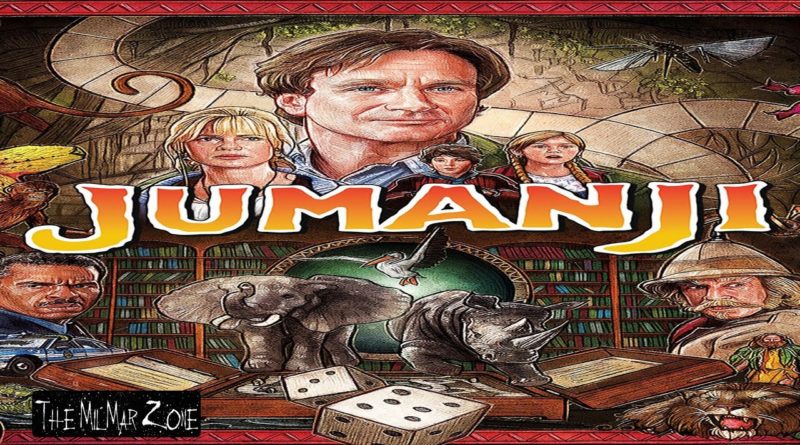 When two kids find and play a magical board game, they release a man trapped in it for decades–and a host of dangers that can only be stopped by finishing the game. —Kenneth Chisholm

When young Alan Parrish discovers a mysterious board game, he doesn’t realize its unimaginable powers, until he is magically transported before the startled eyes of his friend, Sarah, into the untamed jungles of JUMANJI! There he remains for 26 years until he is freed from the game’s spell by two unsuspecting children. Now a grown man, Alan reunites with Sarah and together with Judy and Peter tries to outwit the game’s powerful forces in this imaginative adventure that combines breathtaking special effects with an enchanting mixture of comedy, magic, and thrills.

The film begins in 1869 in the town of Brantford, New Hampshire. Two boys are seen breathlessly running with a box, which they proceed to bury in the woods.

The film then cuts to a century later in Brantford. A young boy named Alan Parrish is chased by a gang of bullies and seeks refuge in his father’s shoe factory. Alan encounters one of his father’s employees named Carl, who has created a prototype sneaker which he feels is the future of Parrish Shoes. Alan carelessly places the prototype on a conveyor belt as he is discovered by his father. Sam Parrish chastises his son for being bullied and claims that Alan needs to stand up for himself. As Alan leaves a grinding noise is heard from one of the factory’s machines. The conveyor belt upon which Alan placed the prototype sent the shoe into the machine, damaging the machine along with Carl’s prototype. Sam demands to know who is responsible for the incident, and Carl takes the blame for Alan.

Outside the factory, Alan is accosted by the bullies. One of the demands that Alan stay away from his girlfriend. Alan claims that he and the bully’s girlfriend are ‘just friends,’ but this just leads to them beating up Alan and taking his bike. As Alan recovers, a strange drum beat catches his ear, and he is drawn to a construction site. Wedged in a section of ground is the box the two boys had buried a century before. Alan pulls it out, opens it up, and finds a wooden board game inside named, ‘Jumanji.’

That evening, Alan’s parents are going out to an event. Alan’s mother has told his father that there are multiple bullies and Alan’s father tells Alan that he is proud of him for standing up to them as he did. However, Alan’s face soon falls when his father proclaims they are sending him to a boarding school for boys. Alan grows indignant at being forced into doing something he doesn’t want to do and he and his father part ways for the night in anger. Once Alan’s parents leave, he attempts to pack a suitcase and run away from home.

As Alan is about to walk out the front door, a knock is heard and he opens the door to find Sarah Whittle (the bully’s girlfriend), who has come to return Alan’s bike. The drum sounds are heard again and lead the two to the Jumanji board game. Alan sets the game up for the two of them to play but Sarah claims she’s too old for board games and playfully throws down the dice. After she does so, a piece on the board moves on its own, and strange sounds are heard from the fireplace. Sarah becomes scared and tells Alan to not take his turn. Ignoring her, he rolls the dice and receives the following message: “In the jungle, you must wait, until the dice read five or eight.”

Sarah recoils in horror as Alan is literally sucked into the game, following which scores of large bats swarm down the chimney and out through the fireplace. Sarah runs screaming from the house, slamming the door behind her.

Twenty-six years later, Nora Shepherd moves into the now-vacant Parrish mansion with her niece and nephew, Judy and Peter. The children have been entrusted into Nora’s care since their parents were killed while on a skiing trip. Judy has developed a penchant for concocting ridiculous lies while Peter has coped by becoming quiet and withdrawn. 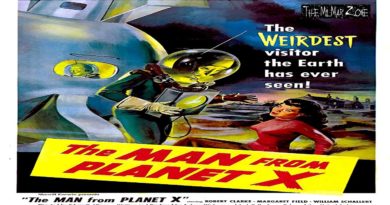 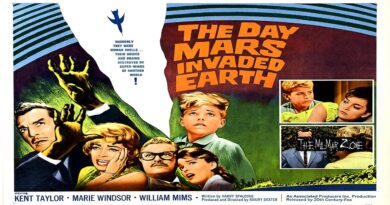