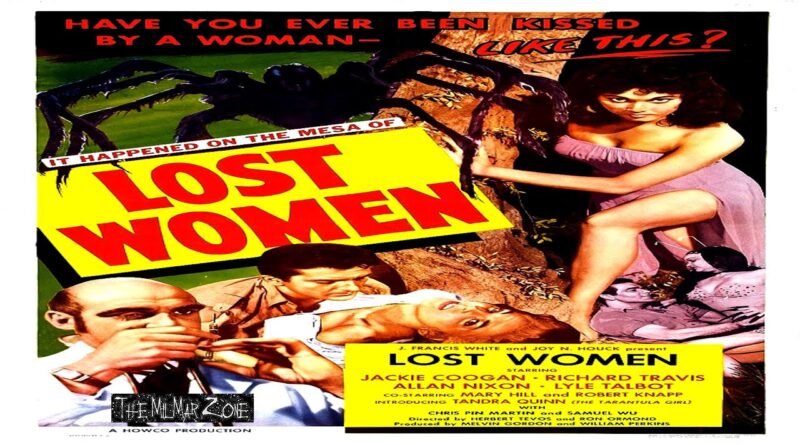 Taglines:
A race of deadly spider-women luring men to their death!
Super Women Who Kissed and Killed!
Today – Someplace – Somewhere… A MAD SCIENTIST is Set to Terrorize the World!
They Were All a Man Could Desire, But Deadlier Than a Black Widow!

A mad scientist named Arana is creating giant spiders and dwarfs in his lab on Zarpa Mesa in Mexico. He wants to create a master race of superwomen by injecting his female subjects with spider venom. —Marty McKee (mmckee@wkio.com)

A mad scientist attempts to create a race of super-women by injecting them with the life-fluids of insects.

Synopsis
With a voice-over explaining the weakness of man, and how insects are far superior, we see a couple walking across the great Umberto desert in Mexico, American oil explorer, Frank (John Martins) with his driver Pepe (Chris Pin Martin) see and rescue them.

In an oil company office, the couple is being treated for exposure. The doctor surmises they could be survivors of a recent plane crash out in the desert. The man regains consciousness first, rather than show concern for his companion he demands to be given a truck and some drums of fuel. He wants to burn them before they can scatter.

He describes spiders the size of humans that can kill with a single bite. They were created in an underground installation up on the mesa run by Dr. Aranya. He is able to create such creatures by manipulating their glands. The man begins to relate his story of how the couple ended up in the desert. He is a pilot for Van Jan Croft, they were flying near the border when they had engine trouble and were forced to land

Plot: Spoilers?
The film opens with a brief scene serving as its introduction. A man is being caressed by feminine hands. The next shot includes the face of the woman, Tarantella (Tandra Quinn). A brief kiss between her and the man ends with his lifeless body falling down. A disembodied voice asks the audience “Have you ever been kissed by a girl like this?” The narrative properly begins in a desert. A narrator (Lyle Talbot) mocks the overblown ego of humanity, a race of puny bipeds that claims to own planet Earth and every living thing on it. Yet, they are outnumbered by the insects, and the Hexapods are likely to survive longer than humans. The narrator then claims that when men or women venture off “the well-beaten path of civilization” and deal with the unknown, the price of their survival is the loss of their sanity.

During this narration, the film introduces its protagonists Grant Phillips (Robert Knapp) and Doreen Culbertson (Paula Hill). The narrator explains that the two of them are lost in the “great Mexican desert”, the “Muerto desert”. They are nearly dead from dehydration and sunburn when discovered by an American surveyor and his Mexican companion. These characters are identified as Frank (John Martin) and Pepe (Chrispin Martin). The two victims of the desert recover their senses in “Amer-Exico Field Hospital”, somewhere in Mexico. Grant starts narrating his story to Doc Tucker (Allan Nixon), foreman Dan Mulcahey (Richard Travis), and Pepe.

The film flashbacks to events occurring a year earlier in Zarpa Mesa. Famous scientist Leland Masterson (Harmon Stevens) arrives, having accepted an invitation from a fellow scientist named Dr. Aranya (Jackie Coogan). Aranya (a name derived from the Spanish araña for spider) has reportedly penned “brilliant” scientific treatises, and Masterson looks forward to meeting him in person. Masterson is genuinely intrigued by Aranya’s theories, but his host informs Masterson that his work is not theoretical. He has already completed successful experiments, creating both human-sized tarantula spiders and human women with the abilities and instincts of spiders. His creation Tarantella has regenerative abilities, sufficient to regrow severed limbs. He seriously expects her to have a lifespan of several centuries. His experiments have had less success in male humans, who simply turn to disfigured dwarfs. 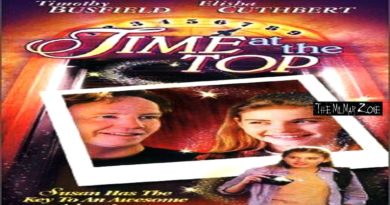 Time at the Top 1999 — A Time Travel Movie Trailer 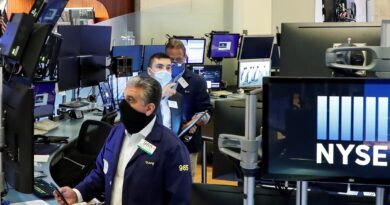 Stocks could fall back to levels last seen in June before the selling subsides, investors say

Jaimie Alexander to Return as Sif in ‘Thor: Love and Thunder’