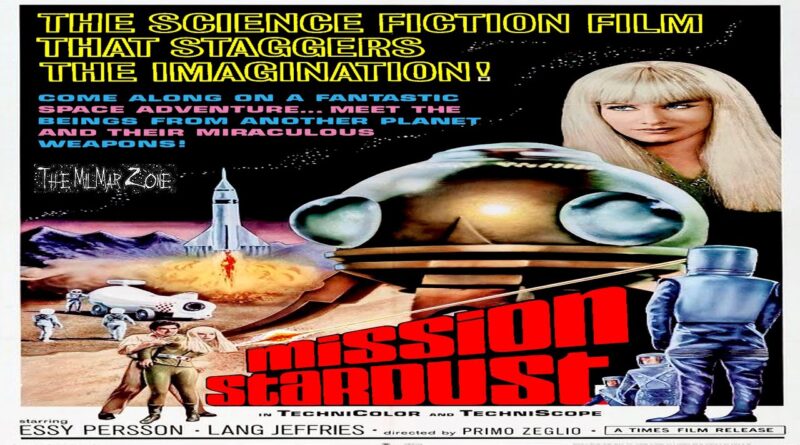 Tagline:
The science fiction film that staggers the imagination!

A team of astronauts is sent to the moon to rescue an alien who is seeking help to save her dying race. They are attacked by a force of bandit robots and discover that enemy spies are out to kill the alien. —(SgtSP@aol.com)

A major (Lang Jeffries) and his party return from the moon with two aliens (Essy Persson, John Karelsen) they then bring to Africa.

Synopsis: Spoilers?
This film is based on the popular pulp novel series Perry Rhodan. The story begins with the spacecraft Stardust being launched from Earth to explore the moon in an attempt to discover new deposits of a new element, much more powerful than Uranium or any other source of energy ever discovered. The plot takes a split approach with the Stardust being taken over by a mysterious force, causing it to land on the Dark Side of the Moon, and out of contact with Earth. Meanwhile, on earth, and organized crime boss has planted an agent amongst the crew of the Stardust to attempt to take the energy source somehow if it is found. Soon Perry Rhodan and his crew discover an alien starship that has had to make an emergency landing on the Moon due to technical problems. The ship is commanded by the Alien Crest and the beautiful captain Thora. They are informed that Crest, one of the last great scientists of their dying civilization is very ill. The Stardust’s Doctor is asked to examine Crest and he does and discovers Crest has Leukemia. There is hope, however. The Doctor knows of a researcher on Earth who has developed a cure for Leukemia. The crew of the Stardust is brought along in a smaller but very capable emergency craft, to Earth, in an attempt to enlist the Researchers aid to cure crest. What they don’t know however is that the spy has informed the crimelord about the mission, and a trap has been set to capture Crest and the Arkonide ship on the moon. There is a lot of true 60s style action as a General who discovered the pilot ship on earth, attempts to capture it to no avail. Afterward, Major Rhodan and his co-pilot seek out and recruit the fake researcher who promptly attempts to take over the Arkonite ship. The crimelord is defeated, however, with the aid of the robots that the Arrkonites use to run the day to day operations of their ships, and the real researcher is rescued and cures Crest. The final segment has Major Perry Rhodan rescuing Thora, who had been temporarily captured by the crimelord. In the end, the very militant and strong-willed Thora falls for Major Rhodan’s charms and the two races (after curing Crest) look forward to a long and trusted partnership.

Plot: Spoilers?
In a quest to find a source of radioactive material more powerful than uranium, Major Perry Rhodan leads a four-man mission to the Moon on the rocketship Stardust.

On the Moon, they find a stranded Arkonide spaceship, where Commander Thora is trying to save a scientist named Crest, along with a crew of robots. The earthmen find that Crest is suffering from leukemia, for which there is a cure available on Earth. Perry and others take an Arkonide shuttlecraft to Earth to bring back a doctor with the cure.

One of the Earth crewmen is a traitor, however, supplying information to a crime lord who is after the radioactive material, but who sees the encounter with the Arkonides as providing an opportunity for an even greater prize. The crime lord arranges to replace the doctor and nurses with his own people, and upon arriving at the Arkonide ship they kidnap Thora in a bid to gain Arkonide technology.

However, Crest provides Rhodan and Bull with Arkonide technology, which helps them rescue Thora as well as the real doctor, who is able to cure Crest. They soon leave the Moon in the Stardust, promising to return with materials the Arkonides need to repair their spaceship. 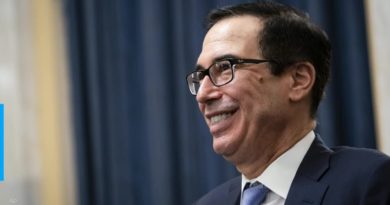 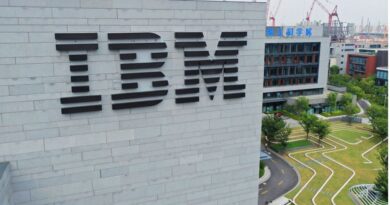 IBM to split into two as it reinvents itself 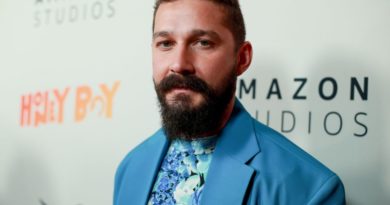