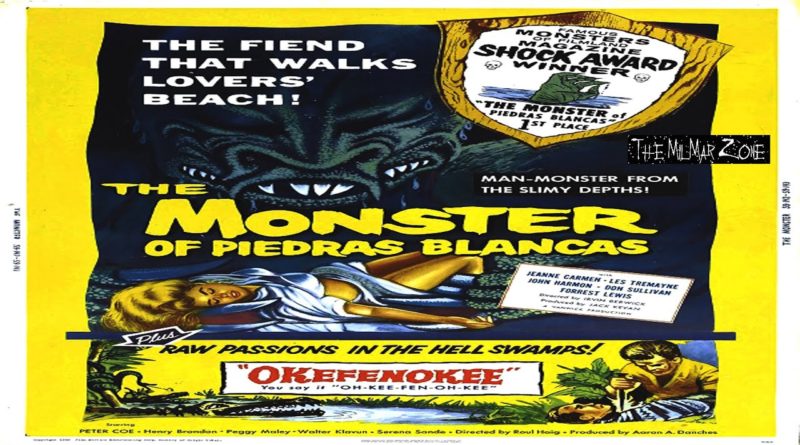 Taglines:
MAN-MONSTER FROM THE SLIMY DEATHS!
HE PREYS ON HUMAN FLESH!
WILDEST TERROR! Never Before Such Thrills!
The fiend that walks Lovers’ Beach!

The monster, which looks like a snarling “Creature from the Black Lagoon,” invades a sleepy seaside town. The lighthouse keeper, newly widowed and estranged from the town folk, has been leaving food out for the monster for years, unaware of its blood lust. When the monster’s appetite outstrips the keeper’s ability to serve it, bloodless decapitated corpses start to show up.—Anonymous

A small coastal town is haunted by a spree of horrific murders. The victims include a talkative shopkeeper, a little girl, two brothers out fishing, and a sheriff’s deputy. A pair of scientists and the sheriff are baffled at the cause of these slayings until they run into a Creature of the Black Lagoon style monster. The monster is a missing link between water-breathing and land-breathing creatures and is prehistoric. It turns out that the grumpy lighthouse keeper has been feeding the monster for the last ten years. After a final showdown between the creature and the lighthouse keeper, both are killed. One at the hands of the monster and the other by being pushed off the top of the lighthouse after being disoriented by the bright light. —Campbellnator

Synopsis: Spoilers?
The movie opens with a long shot of a lighthouse along the California coast. A reptilian claw comes up from behind a rock outcropping and grabs a metal bowl on a chain. The keeper, Sturges (John Harmon) exits the lighthouse, checks his watch, and prepares to mount his bike for a ride into town. He notices some kids walking along the cliffs and shoos them away, warning them not to come back. The credits roll.

A group of people is gathered around a small fishing boat on the beach, gawking. One man observes, “Heads ripped clean off.” Constable George Matson (Forrest Lewis) notes that the bodies look like they have no blood. Sturges bikes to Kochek’s Store. He gives Kochek (Frank Arvidson), the storekeeper, his list of supplies. Kochek asks Sturges about the Rinaldi Brothers, the two bodies found on the beach. Kochek claims he found them. When Sturges asks about his meat scraps, he is told they were sold to someone else.

Half-man, half crab, it lives in a cave near Piedras Blancas and only comes out of its cave to eat the offerings of the enigmatic lighthouse-keeper Sturges, whom everyone else considers crazy and superstitious. But as this campy horror movie shows, the lighthouse keeper isn’t crazy at all; he just exercised poor judgment, for thanks to him, the lobsterman develops a taste for human blood and embarks upon a killing spree by ripping the heads off two fishermen. The locals investigate and this creates even more problems as the killer crustacean makes his way towards the favorite teen hangout “Love Beach.” The monster bears a suspicious resemblance to the “Creature of the Black Lagoon.”

Plot: Spoilers?
In the sleepy California lighthouse town of Piedras Blancas, Sturges (Harmon), the lighthouse keeper, is very superstitious and concerned for the safety of his teenage daughter, Lucy (Carmen). He leaves food for a sea monster who lives in a nearby cave. The locals disregard him at first, but they begin to take notice when the bodies of people killed by the monster are found on the beach. A local scientist identifies a scale found near one of the bodies as belonging to a “diplovertebron”, a prehistoric amphibious reptile long presumed extinct. 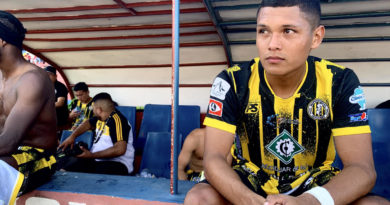 From deportee to rising soccer star: Salvadoran immigrant deported by U.S. triumphs away from home 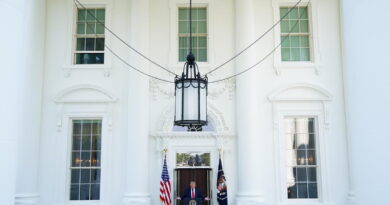 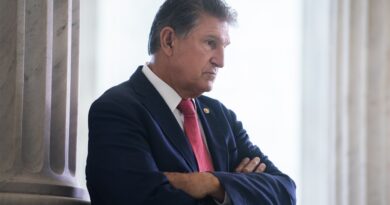 ‘I will do everything I can to prevent it’