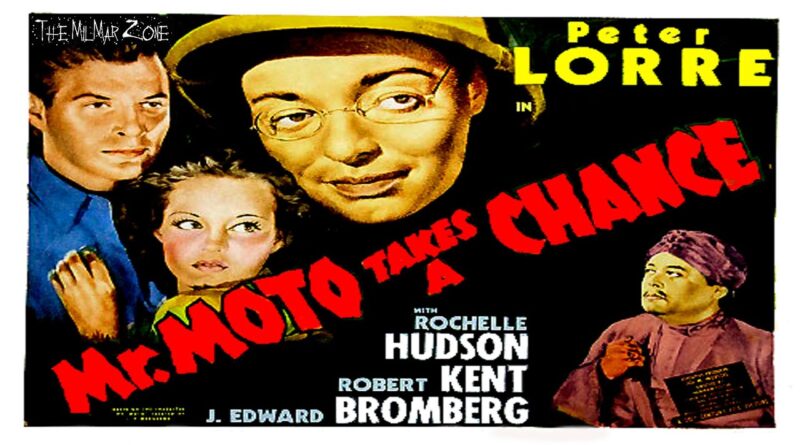 In the jungle near Angkor Wat in Cambodia, Mr. Moto poses as an ineffectual archaeologist and a venerable holy man with mystical powers to help foil two insurgencies against the government. —duke1029

Mr. Moto poses as both an innocuous archaeologist and aged Buddhist mystic in French-ruled Cambodia in order to foil two anti-government revolutionary plots, one by fanatical holy man Bokor, who wants to overthrow the local leader, the self-indulgent Rajah Ali, and Ali himself, who wants to lead an insurgency against French colonial rule. Moto is aided by Vicki Mason, a daring Amelia Earhart-type aviatrix, who doubles as an international agent, and manages to rescue two bumbling newsreel photographers, Chick Davis and Marty Weston, the latter of whom seems to be attracted to the stunningly beautiful Miss Mason. —duke1029

The Japanese detective (Peter Lorre) and an undercover woman (Rochelle Hudson) use a high priest’s ammo to stop him.

Plot: Spoilers?
Over the ruins of Angkor Wat in Cambodia flies the airplane of aviatrix Victoria Mason, supposedly circumnavigating the world. Her actual destination is the kingdom of Tong Moi in French Indochina. Already in Tong Moi, Mr. Moto is posing as an archeologist, and newsreel cameramen Marty Weston and Chick Davis are traveling up the river. Once she is overhead, Mason lights a flare and bails out of her smoking plane which crashes nearby. Rescued by Moto, Mason goes into the village with Bokor the head priest of Shiva. As Weston and Davis arrive at the crash site, Moto has discovered the flare that “caused” the accident.

While trying to film Mason and Tong Moi’s ruler, the Rajah Ali, Keema, the Rajah’s favorite wife mysteriously dies. Bokor claims that the foreigners and their camera caused her death and they are taken away for a trial. Meanwhile, Moto finds the true cause of Keema’s death, a poison dart.

At the temple of Shiva, Weston and Davis are pronounced guilty and are about to be thrown into a pit when an elderly guru appears. The guru impresses Bokor with his ability to charm a snake and not be burned by a flaming poker. Bokor releases the foreigners at the orders of the guru.

The following day Moto offers to pay the cameramen for images of the interior of the temple. They agree and return to the temple with Mason. The three are confronted by the elderly guru who tosses their camera down the well. Bokor, seeing this, asks the guru to kill the foreigner, Moto. The guru agrees and returns to the temple, there discovering a concealed ammunition cache. After disposing of a guard, the guru disappears into a secret passageway. There he reveals himself to be Mr. Moto, in disguise.

Moto writes a note saying that he discovered the ammunition and that Bokor is the leader of the revolt. He sends the message off by carrier pigeon but the Rajah kills the bird and intercepts the message. Later at a feast held in honor of the visitors, Moto is served the cooked bird on his plate and the Rajah reveals that he got the message.

In his cabin, Moto is marking the secret ammunition cache on a map of the temple when one of Bokor’s men comes in to kill him. After killing the intruder, Moto disguises himself as the assassin and sneaks into the night. Bokor begins searching Moto’s cabin but is interrupted by Mason, who finds the hidden map.

Bokor and his men follow Mason to the temple and capture her. The guru appears and pretends to hypnotize the captive. Meanwhile, Weston followed Mason to the temple and tries unsuccessfully to rescue her. Bonfire signals are made and Capt. Zimmerman the gun-runner arrives with Davis, who is taken captive as well. Zimmerman has been selling weapons to Bokor so that Bokor can start a revolution and depose Rajah Ali. Zimmerman is killed by Yao in “payment” for his services. 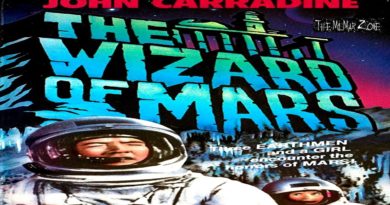 The Wizard of Mars 1965 — A Time Travel Movie Trailer 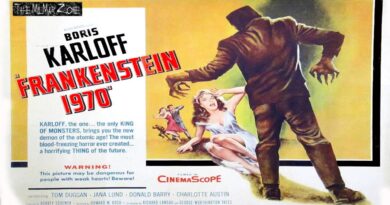