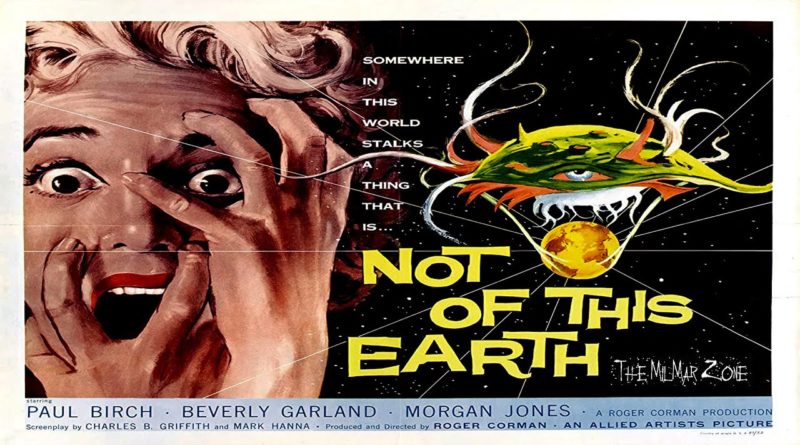 Tagline:
Somewhere in this world stalks a thing that is…

An alien agent from the distant planet Davana is sent to Earth via a high-tech matter transporter. There, he terrorizes Southern California in an attempt to acquire blood for his dying race, the result of a devastating nuclear war. —Jeremy Lunt (durlinlunt@acadia.net)

An extraterrestrial race with a taste for human blood sends a representative to Earth in order to find some new sources of nourishment, which the alien locates amongst the homeless population. This sci-fi chiller is often considered one of the best films of director Roger Corman.

Synopsis: Spoilers?
The opening shot is of a young couple (Gail Ganley and Ralph Reed) in a sports car necking. She excuses herself and the boy drives off. The girl is approached by a man carrying a silver briefcase. He removes his sunglasses and she screams and collapses on the lawn. The man removes a rubber hose and needle and attaches it to her neck and empties her blood into vials in his case. We get a close up his eyes and they are just milky white orbs. Title and credits run over pen and ink drawings.

A Cadillac pulls up to a hospital, on the wrong side of the road, next to a fireplug, and in front of a no parking sign. Paul Johnson (Paul Birch) enters the hospital. He is greeted by Nurse Nadine Storey (Beverly Garland). He has come for a transfusion of blood. He refuses a blood test, which both the doctor and nurse find incomprehensible. Dr. F.W. Rochelle (William Roerick) comes out of his office and invites Mr. Johnson in. Dr. Rochelle explains no doctor on earth would do a transfusion without knowing the blood type of a patient. Johnson walks over to the lab bench, grabs a scalpel, and cuts his wrist. There is no bleeding. Johnson explains to the doctor that it will bleed later. Johnson telepathically communicates with Rochelle. He agrees to the blood test but swears the doctor to secrecy. Rochelle begins studying Johnson’s blood as Nadine gives him his transfusion. Johnson asks Nadine to work for him. She agrees only if the doctor approves, which he does. Rochelle’s orders are for a daily infusion of 500 cc of type “O” every night.

Plot: Spoilers?
A man who is not of this Earth (Paul Birch) has adopted the name “Mr. Johnson” for moving among the populace of Los Angeles. The alien has a sensitivity to high-decibel sounds and is conspicuous only for his stilted and formal syntax and his sunglasses, which he wears even in the dark. The sunglasses hide his blank, white-eyed stare which kills his victims by burning through their eyes and into their brains. He removes the blood of his first victim (a teenage girl who has just been dropped off by her boyfriend) using a system of tubes and canisters that he keeps in an aluminum attaché case.

Johnson is from the planet Davanna, where the inhabitants have developed an incurable blood disease, and he has been sent to Earth to examine the blood of humans for its usefulness in curing Davanna’s dying race. Johnson is answerable to an authority on Davanna with whom he can communicate through a device hidden behind a sliding panel in the living room of his Griffith Park mansion. His bodyguard, Jeremy (Jonathan Haze), who also acts as his chauffeur and houseboy, provides him support and protection but is unaware of his being an alien.

Johnson hires nurse Nadine (Beverly Garland) to look after him in his house. Her boss, town physician Dr. Rochelle (William Roerick), is under Johnson’s hypnotic control after finding out about his patient’s peculiar blood cell structure. With a limit on the number of transfusions he can be given, Johnson takes to murdering locals and draining their blood. 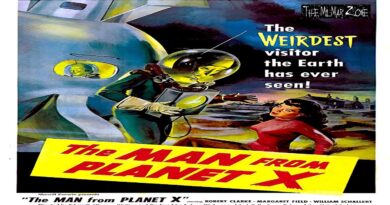 The Man From Planet X 1951 Trailer 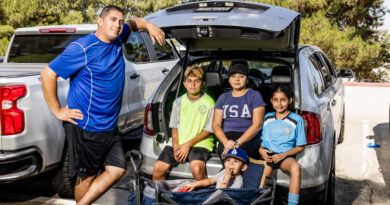 What Voters in a California Swing District Say About Afghanistan 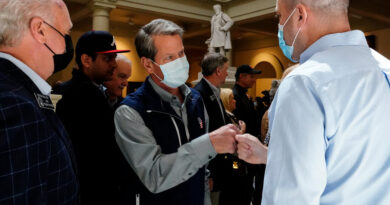 How Brian Kemp Is Rebounding Against Trump’s Wrath