An American scientist is able to contact and communicate with Mars with shattering political, economic, and spiritual repercussions. —duke1029@aol.com

An American scientist contacts Mars by radio and receives information that Mars is a utopia and that Earth’s people can be saved if they return to the worship of God. Revolution sweeps the Earth, including the Soviet Union. But there remains doubt about the messages being genuine, as an ex-Nazi claim he was duping the Americans. —Bill Smith (bsmith30@ix.netcom.com)

A scientist invents a device to receive messages from outer space and finds that an unusual series of communications are emanating from Mars. Further investigation leads to the conclusion that these messages are in fact the word of God in this unusual sci-fi drama.

Synopsis
Chris Cronyn (Peter Graves) and his wife, Linda Cronyn (Andrea King) Meet Dr. Mitchell (Lewis Martin) at an observatory in Southern California. He explains the experiment that has been ongoing to send and receive messages to Mars.

Dr. Mitchell shows the couple a number of photos that have been taken that seem to show the Martians have melted their planetary icecaps and are irrigating the desert regions of the planet

Encouraged by the information from Mitchell, Cronyn plans to send another signal. His wife expresses doubt about contacting the Martians; she’s worried about what might happen. Slowly Cronyn argues her around and she agrees to continue with the research.

At a Russian research station in the Andes Mountains, agents break in and question Franz Calder (Herbert Berghofare) who is also trying to contact Mars. Calder refuses to be intimidated by the agents and tells them he has discovered the Americans have made contact with the Martians, and that he’s been able to intercept the messages. Back at the Cronyn’s, Admiral Bill Carey (Walter Sande) pays a surprise visit after hearing about the project. Cronyn admits the biggest problem is the Martians are only replying with the same message that Cronyn is sending. Overhearing the conversation Cronyns son suggests possibly sending a mathematical equation and see if they recognize what it is.

The suggestion makes sense and a message is quickly composed and sent. As they wait for the return signal. Cronyn explains the role Dr. Calder played in developing the technology in use, he tempers knowledge of the man’s brilliance with the knowledge he is a wanted Nazi war criminal.

Plot: Spoilers?
An American astronomer obtains images of Mars suggesting large-scale environmental changes are occurring at a pace that can only be accomplished by intelligent beings with advanced technology. Scientist Chris Cronyn (Peter Graves) and his wife, Linda (Andrea King) have been contacting Mars by a hydrogen-powered radio transmitter, using technology based on the work of Nazi scientist Franz Calder. They communicate first through an exchange of mathematical concepts, like the value of pi, and then through answers to specific questions about Martian life. The transmissions claim that Mars is a utopia, which has led to great technological advancement and the elimination of scarcity, but that there is no fear of nuclear war.

This revelation leads to political and economic chaos, especially in the Western hemisphere, and is said to have “done more to smash the democratic world (or Capitalist?) in the last four weeks than the Russians have been able to do in eleven years.” The U.S. government imposes a news blackout and orders the transmissions to stop due to fears that the Soviet Union could pick up and decode their messages. This ends when the next message reveals that the Earth is condemned to the constant fear of nuclear war as a punishment for straying from the teachings of the Bible. Revolution sweeps the globe, including the Soviet Union, which is overthrown and replaced by a theocracy, which is met with celebration in America. 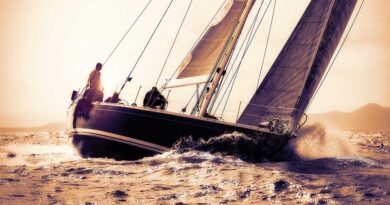 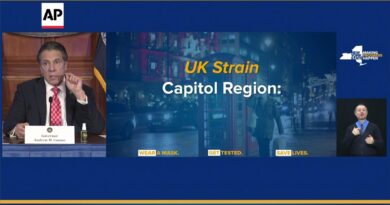 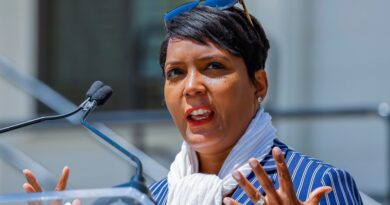