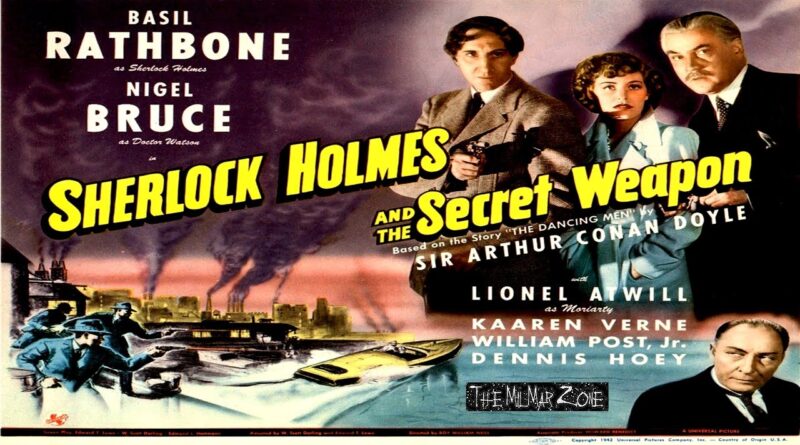 Sherlock Holmes and Doctor Watson must protect a Swiss inventor of an advanced bomb sight from falling into German hands. —J. Spurlin

This film pits the Great Detective against that “Napoleon of Crime,” Professor Moriarty. Moriarty has aligned himself with the Nazis and has dedicated himself to stealing a top-secret bombsight. Racing against the clock, Holmes and Dr. Watson must prevent Moriarty from getting his mitts on the precious secret weapon.

Synopsis: Spoilers?
At a cafe in Switzerland, two Gestapo agents plot with a man disguised as an old bookseller to abduct Dr. Franz Tobel (William Post Jr.), the inventor of a new bombsight. However, the bookseller is really Holmes (Basil Rathbone), who sends the Nazis after decoys while he and Tobel drive to a rendezvous with an RAF plane that takes them to London. They go to 221B Baker Street, where Watson (Nigel Bruce) pulls a gun on them, but Mrs. Hudson (Mary Gordon) recognizes Holmes’s voice. Holmes leaves to make arrangements with government representative Sir Reginald Bailey (Holmes Herbert), and Tobel sneaks out while Watson is asleep. He goes to see his sweetheart, Charlotte Eberli (Kaaren Verne), and gives her a message which, if anything happens to him, she’s to give to Holmes. The message is in a version of the stick-figure code from the Holmes story “The Adventure of the Dancing Men”. On his way back from Charlotte’s, Tobel is struck on the head, but a policeman rescues him. Back at 221B, Holmes deduces that Tobel has been with a girl, and even describes her based on clues left on Tobel’s clothing.

The next day, a test of Tobel’s bombsight is a huge success. Tobel will supply it to the RAF, but insists that he will arrange all production, so no one besides himself will know the secret of the invention. The authorities reluctantly agree not to interfere and will rely on Holmes to protect Tobel unofficially. Tobel brings a gift-wrapped package to fellow scientist Prof. Frederic Hoffner (Henry Victor). It’s the prototype of the part of the bombsight he’ll be producing. Three other scientists will produce the other parts, all unknown to anyone other than Tobel. Soon, Scotland Yard reports that Tobel is missing. Holmes tracks down his secret office, but all they find there is some gift wrapping and the scent of expensive perfume. Holmes deduces that Tobel called his lady love from 221B that first night and has the call traced. When Holmes visits her, Charlotte hands him the envelope Tobel left, but now it only contains a note – “We meet again, Mr. Holmes.” It must have been switched by the “electrician” who came to Charlotte’s apartment. From her description, Holmes realizes that he’s up against Prof. Moriarty (Lionel Atwill).

Plot: Spoilers?
Sherlock Holmes (Basil Rathbone) pretends to be a Nazi spy to aid scientist Dr. Franz Tobel (William Post Jr.) and his new invention, a bombsight, in escaping a Gestapo trap in Switzerland. Holmes and Franz fly to London, where Holmes places him under the protection of his friend, Dr. Watson (Nigel Bruce). The scientist slips away against Holmes’ instructions for a secret reunion with his fiancee, Charlotte Eberli (Kaaren Verne), and gives her an envelope containing a coded message. He tells Charlotte to give it to Holmes if anything should happen to him. Leaving Charlotte’s apartment, an attempt to abduct him by German spies is foiled by a passing London bobby.

Tobel successfully demonstrates the bombsight for Sir Reginald Bailey (Holmes Herbert) and observers from Bomber Command. Tobel, now under the protection of Inspector Lestrade (Dennis Hoey) and Scotland Yard, tells Sir Reginald that, although willing to provide the British with his bombsight, only he will know it’s secret and has a complex plan for its manufacture to keep the secret safe. 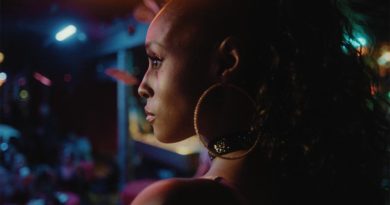 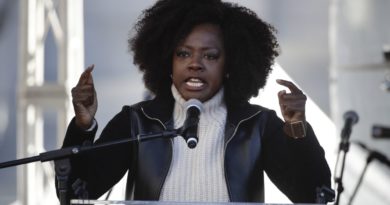 ‘Give me what I’m worth’ 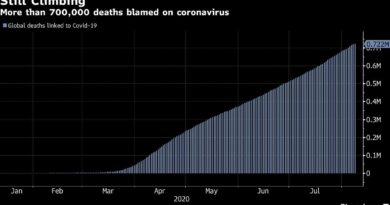