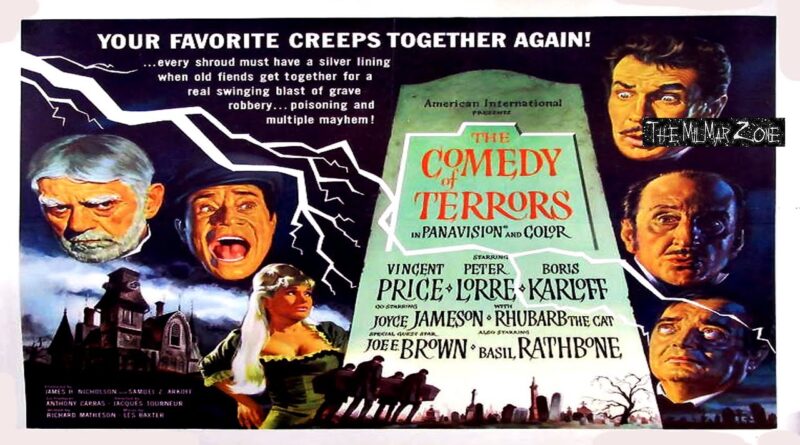 Taglines:
Your favorite creeps…together again!
Every shroud has a silver lining!
Where the GHOULS are…is where the FUN is!
They put new life in the undertaking business!
A grave case of greed gone too far!
A macabre romp featuring 4 great names from the Horror Hall of Fame!

Dishonest undertaker Waldo Trumbull and his sidekick Felix Gillie are creating their own customers when they cannot find willing ones. —nufs68

Waldo Trumbull, an undertaker who hasn’t had any ‘customers’ in a long time is forced the pay one year’s back-rent. To get the money he starts to kill people in order to get new clients. —Mattias Thuresson

The alcoholic director of the Hinchley & Trumbull Funeral Parlor Waldo Trumbull is a cheater that has married Amaryllis Trumbull in a marriage of convenience to get control of the business of her father Amos Hinchley. Trumbull has been using the same casket for more than thirteen years, dumping the corpses in their graves to resell the coffin. He also blackmails his only employee Felix Gillie that had robbed a bank and is an abusive husband, threatening to poison his father-in-law and not allowing Amaryllis to sing. Gillie has a crush on Amaryllis and loves to hear her singing. Trumbull owes more than one year of rental of his premise to Mr. John F. Black and he has no client. So he decides to improve his business killing Mr. Phipps to get a new client. However, his wife Mrs. Phipps flees to Europe with all her possessions and does not pay for the funeral service. When Mr. Black duns his debts, Trumbull decides to kill him to make some money and resolve his financial problem. But Mr. Black is epileptic and his family wants to keep his body in a crypt instead of burying him in a grave. During the night, the Cemetery Keeper hears a cry and releases Mr. Black from the coffin at the beginning of a tragic night. —Claudio Carvalho, Rio de Janeiro, Brazil

Waldo Trumbull (Vincent Price) is an amoral undertaker in 19th-century New England who takes to murdering people to have enough cash to support his drinking habit. Desperate for money after a widow stiffs him for burial, Trumbull and his assistant, Gillie (Peter Lorre), decide to kill the wealthy Mr. Black (Basil Rathbone), their landlord, to whom they’re indebted. But murdering Black proves to be quite a challenge, as he seems to keep recovering from death every time they do him in.

Plot: Spoilers?
In the New England town of New Gilead during the late 19th century, an unscrupulous drunkard named Waldo Trumbull (Vincent Price) runs the funeral parlor he acquired from his former business partner Amos Hinchley (Boris Karloff) after marrying his daughter Amaryllis (Joyce Jameson). Trumbull enlists the assistance of a fugitive picklock named Felix Gillie (Peter Lorre) in conducting his business cheaply by reusing the firm’s only coffin to unceremoniously dump the deceased while arranging the occasional murder of wealthy clients. Trumbull, being emotionally abusive to Amaryllis while attempting to poison the now-senile Hinchley under the guise of giving him medicine, ultimately wastes his money on alcohol as the clientele is dwindling.

Trumbull decides to profit from gentleman shipping merchant Mr. Phipps after being threatened with eviction by his landlord John F. Black (Rathbone) if he does not produce the long-overdue rent. Trumbull forces Gillie to get him into the Phipps estate, smothering the old man in his sleep and then making a fortuitous return the following morning to get the job of burying him. But Trumbull is livid to learn on the day of the funeral that Phipps’s attractive young wife had left town with her husband’s fortune without even paying for the funerary expenses. Trumbull decides to murder Black after receiving a final warning for rent, having Gillie enter through the upstairs window of Black’s estate. Gillie ends up in Black’s bedroom as the man was reading from Shakespeare’s Macbeth and forced to run out when spotted, causing Black to suffer a heart attack with the physician pronouncing him dead. 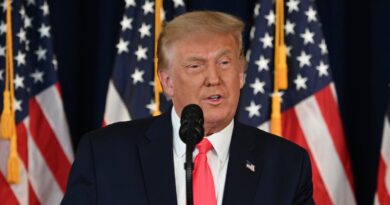 Spend some time ‘At Home With Olaf’ during your coronavirus quarantine