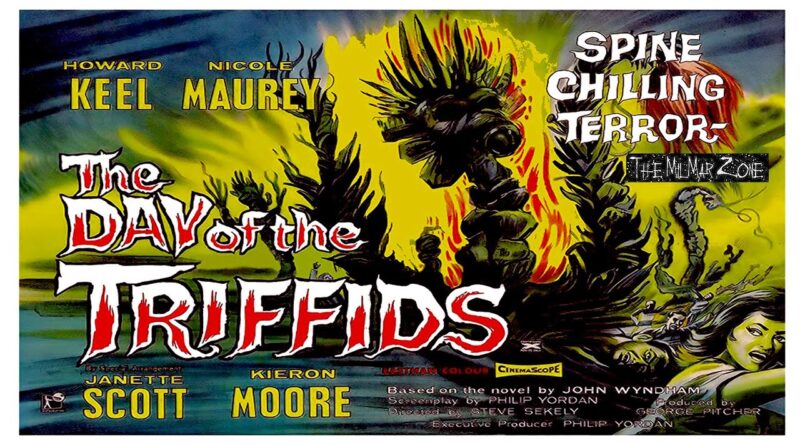 Taglines:
Spine Chilling Terror
A brain-chilling tale of tomorrow happens in our world today!
In the footprints of Invasion of the Bodysnatchers and The Thing comes a masterpiece of kitsch filmmaking from 1962
The Triffids are coming to devour the human race! … suddenly the hideous crawling things are everywhere… and no one can escape!
From the nightmare novel that made the world shudder
Fantastic, frightening, but entirely plausible. John Wyndham’s famous story of a world dominated by monstrous, stinging plants catches the imagination like the best of HG Wells.
Beware the triffids… they grow… know… walk… talk… stalk… and kill!
Triffids take over the world! From the greatest science-fiction novel of all time!
Man-eating plants! Spine chilling terror!
The triffids are coming! The triffids are growing! The triffids are killing!
From the greatest science fiction novel of all time!

After an unusual meteor shower leaves most of the human population blind, a merchant navy officer must find a way to conquer tall, aggressive plants that are feeding on people and animals.

Adapted from the novel by John Wyndham, this intelligent British monster movie begins with a meteor shower so intensely bright that it blinds the majority of the world’s population, rendering them vulnerable to attack from hordes of carnivorous plants known as “Triffidus Celestus” grown from meteor-borne spores. As the plant-monsters continue to multiply and seek human prey, the remaining sighted people join forces to combat the veggie invaders. One such survivor, an American seaman (Howard Keel) whose eyes were bandaged during the meteorite impact, battles his way through the Triffid ranks. Meanwhile, a couple (Kieron Moore and Janette Scott are trapped in a lighthouse. Good production values make this low-budget effort look more expensive than it probably was; the uncredited assistance of Freddie Francis — who directed several scenes with a second unit — also helps.

Plot: Spoilers
Triffids are tall, carnivorous, mobile plants capable of aggressive and seemingly intelligent behavior, which arrived on Earth as spores from a meteor shower. They move about the countryside by “walking” on their roots, appear to be able to communicate with each other, and possess a deadly whip-like poisonous sting that enables them to kill their victims and feed on the corpses.

Bill Masen (Howard Keel), a merchant navy officer, is lying in hospital with his eyes bandaged. He discovers that while he has been waiting for his injured eyes to heal, an unusual meteor shower has blinded most people on Earth. Once he leaves the hospital, Masen finds people all over London struggling to stay alive in the face of their new affliction. Some survive by cooperating while others simply fight, but it is apparent that after just a few days society is disintegrating.

Masen rescues a schoolgirl named Susan (Janina Faye) from a crashed train; she has no parents and is a ward of the state. They decide to leave London and head across the English Channel to France. Masen and Susan find refuge at a chateau but when it is attacked by escaped sighted convicts, they are again forced to escape; shortly afterward, triffids attack and kill everyone in the chateau. The carnivorous plant population continues to grow in number, feeding on people and animals as they move.

At a lighthouse on an island off Cornwall, Tom Goodwin (Kieron Moore), a flawed but gifted scientist, and his wife Karen (Janette Scott), battle the aggressive plants as he searches for a way to kill them. Goodwin eventually finds the answer, which has been right there in front of him all along: saltwater dissolves the triffids. 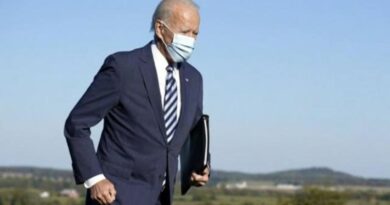 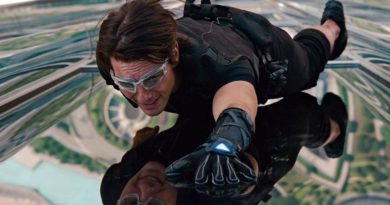 Impossible’ Sequels Get Pushed Back