Taglines:
ATTACKED… by a creature from hell!
Human emotions stripped raw!
The terrifying story that COULD COME TRUE!
A new high in naked shrieking terror!

In a post-apocalyptic world after an atomic war, seven disparate people find themselves in a protected valley in the home of a survivalist and his beautiful daughter. —duke 1029@aol.com

Seven normal looking people struggle to survive in a grim post-nuclear world in this sci-fi film, the first-ever made by Roger Corman. Living in the post-T.D. Day (Total Destruction Day) is difficult, for the constant blasts of radiation have caused extensive mutations of plant and animal life, the most terrifying of which is a man-eating, triple-eyed, man-like creature withy four arms, horns, and telepathic powers.

Synopsis
It is TD day, total destruction day The world was destroyed by nuclear war.

Rick (Richard Denning) finds a victim of radiation sickness Radek (Paul Dubov) and tries to help Inside the house Louise Maddison (Lori Nelson) watches anxiously as her father Jim (Paul Birch) tries to make contact with the outside world. Louise looks outside to see Tony and Ruby approaching the house. Jim resolves not to let them in; he only has supplies for three people. Louise expresses frustration with her father and believes her own conscious won’t let her abandon them.

Plot: Spoilers?
An atomic war has seemingly destroyed most, if not all, of human civilization, leaving the Earth contaminated with radioactive fallout. The apparent single exception is an isolated box canyon, surrounded by lead-bearing cliffs, in which former U.S. Navy Commander Jim Maddison (Paul Birch) lives with his daughter Louise (Lori Nelson) in a home that he has stockpiled with supplies in anticipation of such an apocalypse. Louise is engaged to be married, but her fiancé is missing.

Into this natural bomb shelter stumble survivors, who by chance were inside the canyon when the atomic war occurred. After initially refusing to admit them, Jim relents when his daughter appeals to his humanity. Among the survivors are a geologist, Rick (Richard Denning), who happens to specialize in uranium mining, and a small-time hood, Tony (Mike Connors) with his “moll” Ruby (Adele Jergens), who were on their way to San Francisco.

There are two struggles for survival: the first is a simple question of whether the radioactive fallout will dissipate, and if so, if it will do so before the rain comes to wash out what is in the atmosphere to fall to Earth, contaminating the shelter. The second threat comes in the form of a hideous atomic mutated monster (Paul Blaisdell), which seems bent on killing anything it comes across, but only consuming those creatures contaminated by fallout.

A less obvious but no less dangerous threat is the hidden menace of Tony. Although seemingly charming and helpful, his true character and intentions are that he wants the other men out of the way, so that he can have both women for himself.

All three dangers coincide as the mutated monster kidnaps Louise. It then releases her into a small lake, where it is obviously afraid to enter. Rick appears and attacks the creature, but it runs away as it begins to rain. Following the creature as it is being destroyed by the rain, they come to realize that the creature is Louise’s missing fiancé. Tony, having stabbed Ruby to death after she realized that he wants to be with the younger Louise, then steals Jim’s pistol. He quietly waits to ambush Rick when he returns with Louise. As Tony takes aim, Jim produces a second pistol and shoots Tony dead. 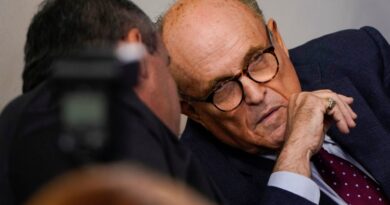 A tabloid got a trove of data on Hunter Biden from Rudy Giuliani. Now, the FBI is probing a possible disinformation campaign 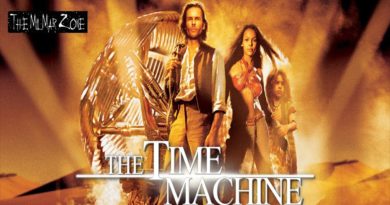 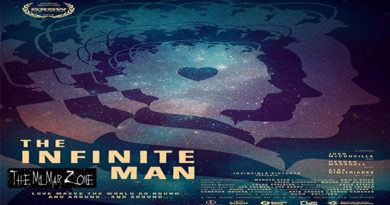