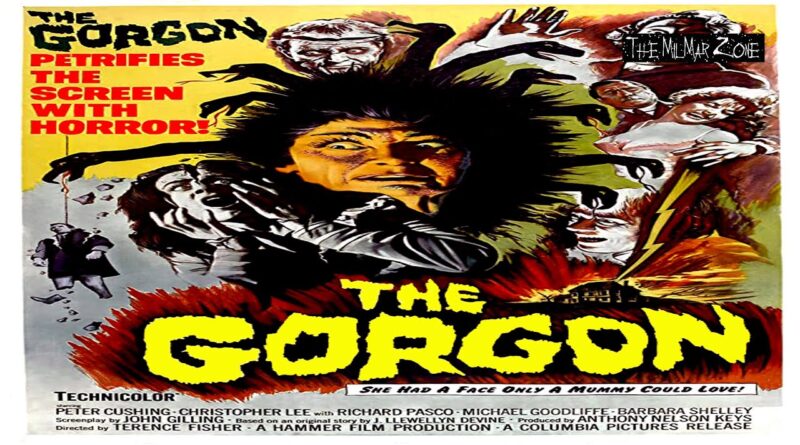 Taglines:
A Monster With the Power to Turn Living Screaming Flesh Into Stone!
A venture into the deepest, starkest realms of the supernatural . . .
The Gorgon petrifies the screen with Horror!
She had a face only a mummy could love!
She Turns Screaming Flesh Into Silent Stone!
Petrifying Color!
Petrifies the screen with Horror!

In the early twentieth century, a Gorgon takes human form and terrorizes a small European village by turning its citizens to stone. —J. Spurlin

A mysterious monster is turning people to stone in a German village in 1910. When his girlfriend is killed, Bruno (Jeremy Longhurst) becomes the prime suspect. His ensuing suicide seems to confirm his guilt, but professor Carl Maister (Christopher Lee) isn’t so sure. He thinks one of the villagers is possessed by the spirit of Megaera, sister to Medusa. Among the possible culprits are Dr. Namaroff (Peter Cushing), gorgeous nurse Carla (Barbara Shelley), and a mental patient.

Synopsis: Spoilers?
In a small European town, an old castle was once inhabited by three sisters. No, there was nothing normal about them, for they were The Gorgons. The most infamous was Medusa until her head of snake laden hair was cut off. Fear has swallowed the town because they believe that either Euryale or Medera, still live there. Dr. Namaroff (Peter Cushing) is the first to discover the awful truth as the immortal Gorgon has taken a human form. The human that she posses is Carla, Namaroff’s assistant. She does not know what is happening to her due to the fact that she blackout when the Gorgon takes her over. She and her love interest Paul believe that the Dr. is lying because he is jealous. As the number of murders mounts, the two men fight. Finally, the awful truth is discovered and Paul and the Dr. fall victim to The Gorgan’s power and are turned to stone. The only one left who knows the secret of her power is Prof. Meister (Christopher Lee). It is up to him to take her head and break the curse forever or to fail and doom more of the townspeople. He takes his sword and finds the evil beast from ancient mythology, and luckily a mirror in her castle.

Plot: Spoilers?
Central Europe 1910: The village of Vandorf has suffered seven horrific murders in five years. In each case, the unfortunate victim has been turned to stone.

Sacha Cass tells her artist boyfriend, Bruno Heitz, she is carrying his child. Wanting to stand up to his obligations, Bruno races off into the night to see Sacha’s father. She races after him but soon loses him in the dark forest. There, she looks into the face of something hideous and turns to stone. Suspicion immediately falls onto Bruno, who is found hanging in the forest by a police search party. A biased court decides it is a case of murder and suicide. The villagers, feeling robbed of any vengeance, attack Bruno’s father, Professor Jules Heitz. The local police warn him to leave the village, but he refuses to go until his son’s name is cleared. He seeks help from Dr. Namaroff, a brain specialist at Vandorf Medical Institution. Heitz believes the murders are the result of something from Ancient Mythology. Its spirit haunts Castle Borski, its name is Megaera, a Gorgon, a creature whose horrible face can turn human skin to stone. On hearing Heitz’s belief, Namaroff immediately terminates their discussion.

Heitz contacts his friend Professor Karl Meister of Leipzig University, who is also his son Paul’s tutor. Paul immediately leaves to see his father. That night, Heitz is drawn to Borski Castle by a strange sound. There, he looks upon the face of the Gorgon. He manages to stagger back to the house and there, whilst turning to stone, outlines a letter to Paul telling him of the horror that haunts Vandorf. Paul arrives, and learning the news of his father’s death, goes to see Namaroff. 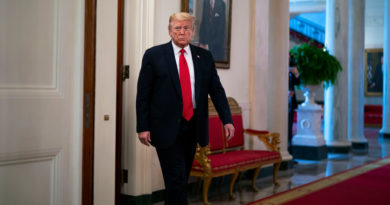 Amid a Rising Coronavirus Death Toll, Trump Leaves the Grieving to Others 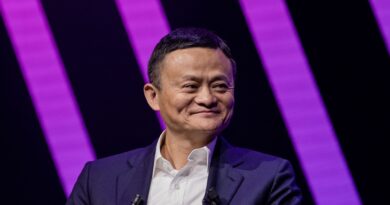 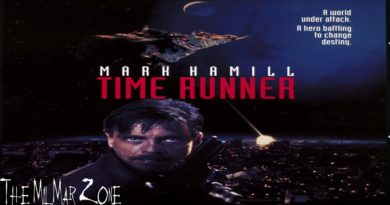