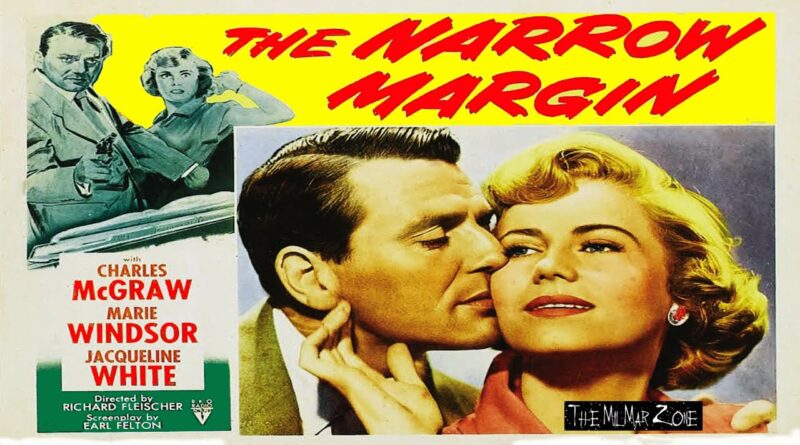 Taglines:
“She’s the one for that bullet–not me!” – Night train West—carrying two mystery women. The secret of one can blast the crime syndicate wide open—and the key killers dare not let it happen!
‘KEEP THAT DAME AWAY FROM THE GRAND JURY!”…Terror rides night as killers talk woman witness!
‘THAT BULLET’S MEANT FOR ME!” – Suspense every speeding second aboard a stream-lined limited…as syndicate killers seek to find and silence mystery woman headed for the Grand Jury!
“Okay, copper – you rigged it! Let her stop a bullet!”
NIGHT TRAIN WEST – LOADED WITH SUSPENSE!
Her Evidence Can Rock Gangland…and they know it!
A Fortune If They Seal Her Lips!…A Bullet If They Fail!

A woman planning to testify against the mob must be protected against their assassins on the train trip from Chicago to Los Angeles. —Anonymous

A tense story of a tough cop attempting to transport the widow of a gangster to the trial in which she’ll testify. They undertake a rail journey from Chicago to Los Angeles with their lives constantly under threat from hitmen on the train, who will stop at nothing to prevent her from testifying.

Plot: Spoilers?
Detective Sergeant Walter Brown (Charles McGraw) of the Los Angeles Police Department and his partner are assigned to protect a mob boss’s widow, Mrs. Frankie Neall (Marie Windsor), as she rides a train from Chicago to Los Angeles to testify before a grand jury. She is also carrying a payoff list that belonged to her murdered husband. On the way to pick her up, Brown bets his partner and friend, Sergeant Gus Forbes (Don Beddoe), what she will be like: “She’s the sixty-cent special. Cheap. Flashy. Strictly poison under the gravy.”

As the detectives and Mrs. Neall leave her apartment, they are waylaid by a mob assassin named Densel (Peter Virgo). Forbes is shot to death, but Densel, although wounded by Brown, escapes. At the train station, Brown discovers that he has been followed by gangster Joseph Kemp (David Clarke). Kemp identifies Brown as the detective even before they board the train. Each man knows the other is a mortal enemy. With the help of a conductor, Kemp comes into Brown’s room while Brown is there, under the pretense that he is looking for lost luggage. Meanwhile, an overweight man confronts Brown in front of other passengers as to why Brown is holding a two-room compartment, while he is in the upper berth of a section.

Kemp tries to open the door to the next compartment, where Mrs. Neall is hiding, but Brown tells the conductor that the room is empty, and Kemp and the conductor leave. Brown knows that Kemp will come back to Mrs. Neall’s room, so he hides Mrs. Neall in the lady’s room with all of her luggage, and goes to the dining car so Kemp will know that the room is unguarded. Kemp then goes back and searches both rooms, finding nothing. After Kemp returns to the dining car, Brown leaves the dining car to escort Mrs. Neall back to her room. Later, mobster Vincent Yost (Peter Brocco) meets Brown and unsuccessfully tries to bribe him into pointing out Mrs. Neall and abandoning her, appealing to both his greed and his fear. He even suggests that Brown could use the bribe to help the family of his murdered partner, Gus Forbes.

Brown’s relationship with Mrs. Neall is caustic. She is a cynical and flashy brunette, who flirts with him while expressing doubt about his integrity and commitment to protecting her. She doesn’t seem to care that Brown’s partner was murdered. On the train, she insists on playing records on her portable record player and endangering both of them, angering Brown. By chance, Brown makes friends with an attractive blonde train passenger he meets, Ann Sinclair (Jacqueline White), and her too-observant young son Tommy (Gordon Gebert). 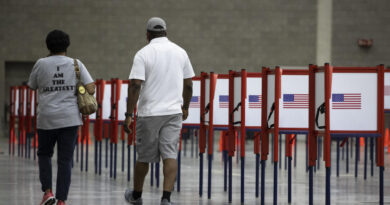 What is the “Rising American Electorate” and will it turn out? 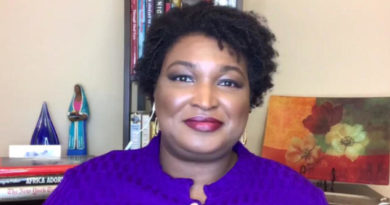 Stacey Abrams reveals plan to give $1,000 to families struggling with pandemic 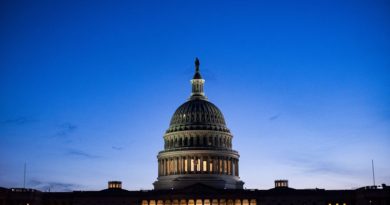 House Passes $3 Trillion Stimulus With No Future in Senate