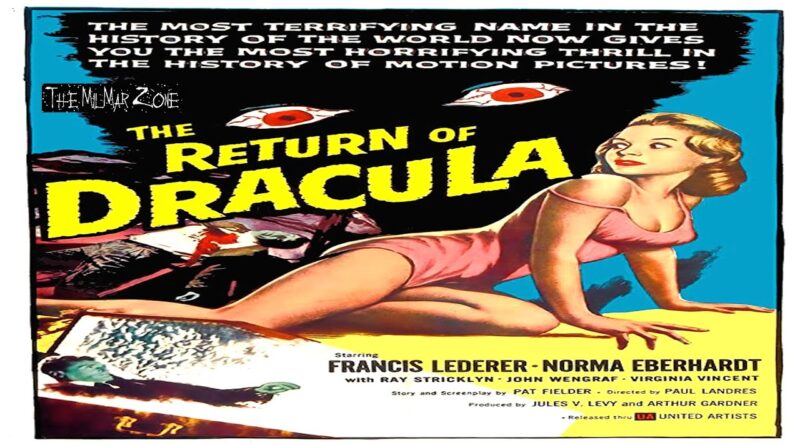 After a vampire leaves his native Balkans, he murders a Czech artist, assumes his identity, and moves in with the dead man’s American cousins.—Gabe Taverney (duke1029@aol.com)

Count Dracula kills a passenger on a train in Transylvania and assumes his identity. He travels to a small community in California where the Mayberrys are expecting their cousin from Europe. His strange behavior, sleeping all day and going out at night is surprising to young miss Rachel Mayberry. A policeman from Europe comes to investigate while Rachel’s best friend Jenny dies unexpectedly. And the count plans on giving Rachel the gift of eternal life… —Mattias Thuresson

Originally released as The Return of Dracula (and also known by the irrelevant title The Fantastic Disappearing Man), this interesting vampire variant on Shadow of a Doubt finds the infamous Count (Francis Lederer) leaving his castle digs in Transylvania and departing for the United States after killing an artist and assuming his identity. Passing himself off as a distant relative, he settles in with the Mayberry family in California, where he begins seeking fresh victims. The suspicions of young Rachel Mayberry (Norma Eberhardt) regarding her pale visitor’s eerie nocturnal habits prove well-founded after the mysterious death of her best friend, and she soon discovers her own ghastly role in the Count’s master plan; her only hope lies with an expatriate police inspector, who may be familiar with the ways of the undead. Played refreshingly straight, this modest Universal production benefits from Lederer’s compelling performance as the seductive Count and several unique plot twists (including a blind girl who becomes sighted on turning into a vampire).

Synopsis: Spoilers?
Dracula [Francis Lederer] escapes Transylvania and comes to Carlton, California. He kills and takes on the identity of Bellac Gordo, an artist from the Balkans on his way to visit relatives. Bellac moves in with ‘relatives’ Rachel [Norma Eberhardt], Mickey [Jimmy Baird], and Cora [Greta Grandstedt]. Cousin Bellac is an artistic recluse. He sleeps all day, does not dine with the family, and removes the mirror in his bedroom. Rachel is smitten by him. Dracula’s first victim is the blind Jenny Blake [Virginia Vincent]. But John Merriman [John Wengraf] — a European police authority–is tracking down Bellac because he suspects he may be Dracula.

The night before Halloween, Bellac comes to Rachel in her sleep and puts her under his power. The next night, while everyone frolics at a Halloween party, Rachel joins Bellac in a deserted mine. Rachel’s boyfriend Tim Hansen [Ray Stricklyn] shows up at the mine just in time to save Rachel. Dracula falls into a mineshaft and is impaled on a stake of wood.

Plot: Spoilers?
The film is set in Carleton, a small town in 1950s California, where Count Dracula arrives, having killed and assumed the identity of an artist named Bellac Gordal (Norbert Schiller) who has traveled from Europe to visit his cousin, Cora Mayberry (Greta Granstedt). The story revolves around his interaction with Cora’s daughter, Rachel (Eberhardt).

Experts warn Congress about extremism on the right 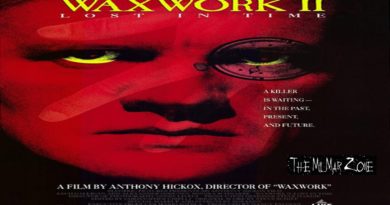